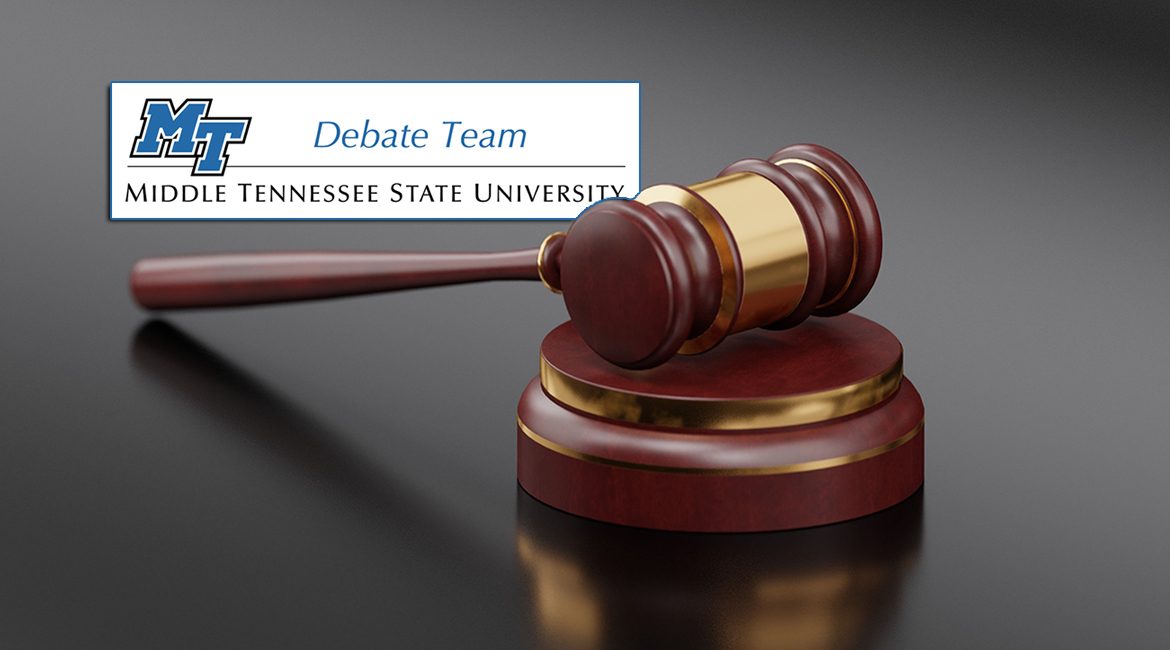 Coming off one of its most successful seasons ever, MTSU’s award-winning Blue Raider Debate Team is embarking on a new semester full of tournaments.

After graduating eight seniors from the 2017-18 team, Debate Director Pat Richey’s program is in a rebuilding stage. Most of the current team members don’t even have high school debating experience.

“One of the cool things about debate is it helps endow you with a level of confidence that you wouldn’t have gotten otherwise because you just become more self-assured.”

With so many newcomers among the 25 or so participants, veterans like Nickell and Josh Hendricks are even more important than ever to the team’s success.

“For all intents and purposes, they’re coaches,” said Richey, who also is an associate professor of communication studies. “They do the same thing that a hired assistant coach would do.”

Hendricks, a senior communication studies major from Jefferson City, Tennessee, said he enjoys helping his teammates, who performed admirably thanks to their peers’ coaching and their own intellectual curiosity, enthusiasm and hard work. 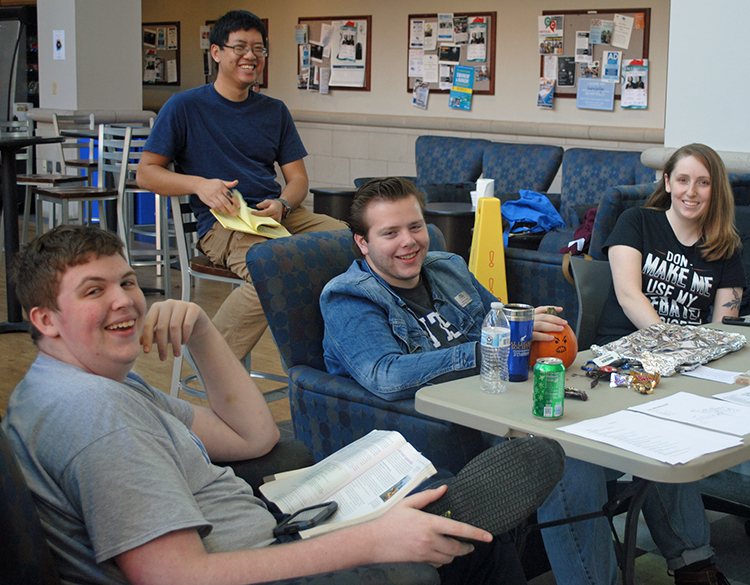 MTSU debaters Nick Ged, left, Steven Barhorst and Jordan Nickell share some off-stage time with a competitor from the University of Tennessee-Knoxville, who is seated behind them. Nickell’s T-shirt reads “Don’t make me use my debate voice.” This year’s “Blue Raider Debate Team” is in a rebuilding phase and is looking forward to several competitions and events this spring. (Photo submitted)

Nickell and Hendricks took first place in team debate at Tennessee Tech, where the topic was whether President Donald Trump should stop tweeting.

“We get our topics 30 minutes before the round starts,” Hendricks said, “then you have to do all the necessary research and compose your arguments.”

Most of the Blue Raider Debate Team’s spring 2019 schedule is a work in progress, but the main itinerary includes:

• The state tournament at Carson-Newman College in Nashville Feb. 8-11.
• A tournament at a university in Arkansas in March, where details are still being finalized.
• The national tournament at Louisiana State University-Shreveport April 12-16.

MTSU also is first on the American touring schedule of the Irish Times National Debate Champions. The Irish team will return to campus March 21-24 for their fourth friendly challenge of the Blue Raider debaters.

And on April 9, the League of Women Voters will host a debate between MTSU and Belmont University on a topic related to immigration. The location is pending.

Richey said any MTSU student in good standing, regardless of major, can become a debater. The team has been a part of MTSU for more than a century, and its members won 148 awards during the 2017-18 season, including the top national award in International Public Debate Association team competition.

Time commitment varies from member to member. The team meets once per week for an hour and travels roughly four weekends a semester. Students aren’t required to travel, however.

Richey is historian of the International Public Debate Association and has a 20-plus-year career in the practice of intercollegiate debate. The MTSU individual events coach, Natonya Listach, who serves as a judge for local tournaments, has won awards in duo interpretive, prose, persuasion and rhetorical criticism/communication analysis categories.

For more information about the MTSU Debate Team, contact Richey at 615-898-2273 or patrick.richey@mtsu.edu or visit www.mtsu.edu/debate.