‘MTSU On the Record’ rises for.. 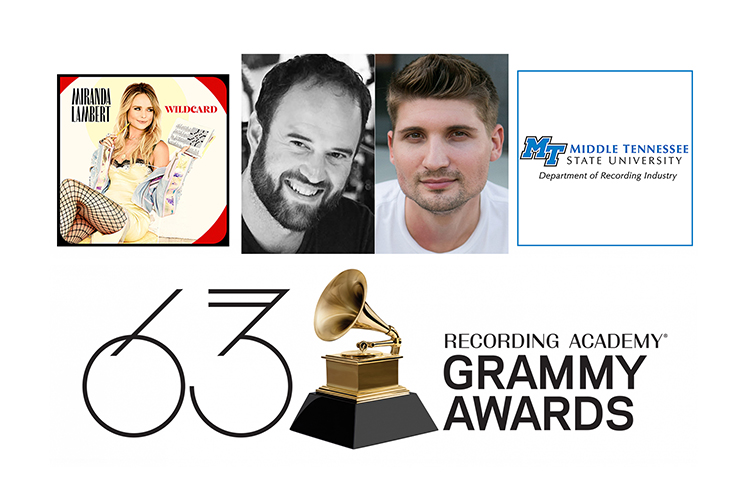 Working with an artist as well-established as Miranda Lambert was no “Wildcard” for a pair of Middle Tennessee State University graduates, but helping create the 2020 best country album‘s sound was a bet that paid off for them in Grammy gold.

In fact, 2000 Department of Recording Industry alumnus Jason A. Hall of Nashville and 2014 audio production grad Jimmy Mansfield almost could’ve bet the house on this year’s country album category, thanks to their teamwork on three of the five nominees.

Along with Lambert’s winning effort, announced March 14 in a combined live and virtual ceremony from Los Angeles’ Staples Center, engineer Hall and assistant engineer Mansfield also were part of the crew nominated for Brandy Clark’s “Your Life is a Record” and Ashley McBryde’s “Never Will.”

That crew, assembled by Grammy producer of the year nominee Jay Joyce, has been crafting the sound for multiple artists’ award-winning and bestselling projects for the last few years.

The MTSU pair serve as the “ears” of a project, tasked with the hands-on duties of recording live music and audio as they ensure everything and everyone sounds perfect.

They were also Grammy-nominated for their work on country albums released in 2018 and 2019, including records by Eric Church, Little Big Town and the Brothers Osborne. 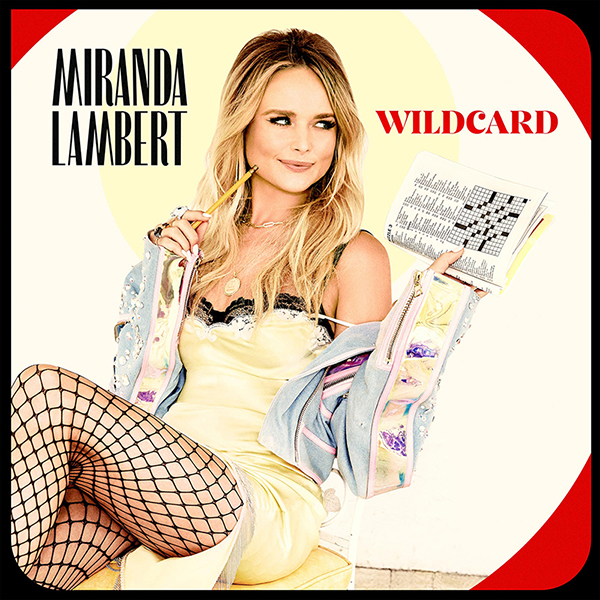 Hall also has a 2005 best rock gospel album Grammy for his work with Audio Adrenaline.

Lambert’s Grammy ceremony performance of “Bluebird” from her winning album is available at the Grammy website.

Whether they created the words or captured the music, MTSU alumni and former students’ work stood out throughout the 63rd annual Grammy Awards event.

• 2000 School of Music alumnus and producer/songwriter Wayne Haun competed against himself again with recognition for three of the five best roots gospel album nominees in a repeat of the 2018 Grammys ceremony.

• 2009 music business alumna Laura Rogers and her sibling, Lydia Slagle, who perform as The Secret Sisters, were nominated for two new Grammys: best folk album for “Saturn Return,” their fourth release, and for writing a best American roots song on it, “Cabin.”

• Former student Hillary Scott and her bandmates in Lady A were nominated for best country duo/group performance for their song “Ocean.”

Braun has mixed releases for Jason Aldean, Kane Brown, Hunter Hayes and fellow MTSU alumnus Mitchell Tenpenny. He’s played a role in four No. 1 hits so far and had a nomination for a Country Music Association single of the year.

The video for Andress’ Grammy-lauded album’s title track is available below.

His nods in the 63rd annual Grammys came for producing his longtime collaborators Ernie Haase & Signature Sound’s “Something Beautiful” album and The Erwins’ “What Christmas Really Means.” Haun also provided orchestral arrangements for The Crabb Family’s “20/20” album in this category, though he didn’t produce it.

Two-time Grammy winner Chad Evans, a 1989 MTSU recording industry graduate, also was a part of the “Something Beautiful” project, producing the vocals on the album.

Scott, Dave Haywood and Charles Kelley won the first of their seven Grammys in 2009 for “I Run to You,” then commenced a two-year dance through the country album, performance and record of the year categories that also earned 1980 recording industry alumnus L. Clarke Schleicher three engineering Grammys.

The trio, called Lady Antebellum since its 2006 founding, changed its name last summer to remove slavery-related connotations in the wake of Black Lives Matter protests.

Other Grammy-winning MTSU alumni weren’t singled out for nominations at the March 14 ceremonies, but their work on Grammy-nominated projects still merited recognition.

Since only artists are credited on performance nominations, his work on Guyton’s groundbreaking “Black Like Me” from the album wasn’t formally recognized.

During the Grammys, Guyton’s performance with a band and backing choir almost stopped the show, as fellow artists applauded her heartfelt, succinct expression of the pride and grief racism has caused her. The video is available at the Grammy site.

McConnell co-wrote “The Daughters,” “Wine, Beer, Whiskey” and “Problem Child” on best country album nominee Little Big Town’s “Nightfall,” and 2018 best country song winner Laird co-wrote “The Past is the Past” with Clark on her nominated album.

MTSU alumni, former or current students, and faculty from across the university have been a part of nearly 125 Grammy Award nominations in the last two decades.

After the March 14 ceremony, the number of MTSU-connected Grammy winners since 2001 has risen to 15 with a total of 37 Grammys, including nine repeat recipients, in categories from classical to pop to country to gospel. 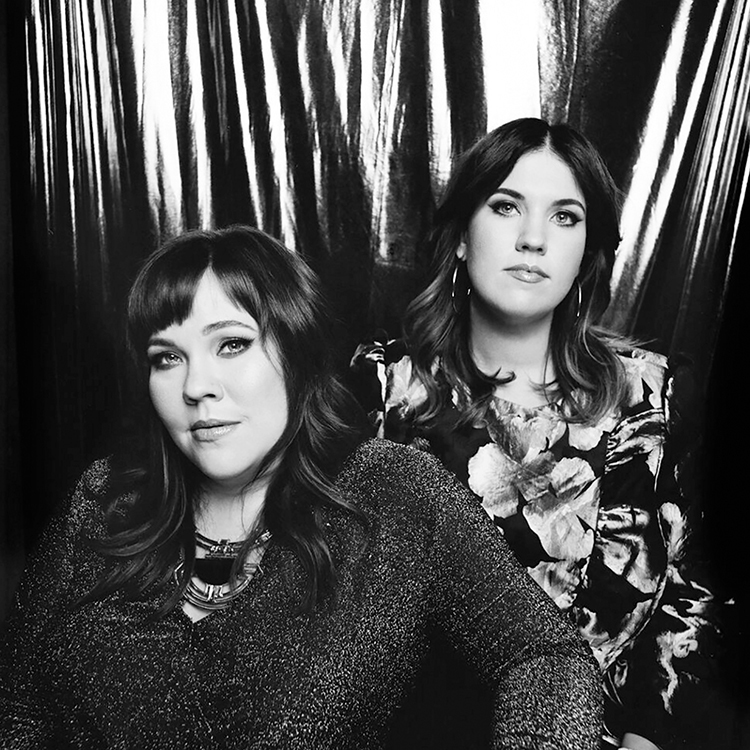 The pandemic forced the department to cancel this year’s customary trip to Los Angeles for Grammy Weekend, where students, faculty, staff and alumni gather before the ceremony and behind the scenes to learn, reconnect and celebrate.

More details about the 63rd annual Grammy Awards are available at http://Grammy.com. A complete list of this year’s nominees is available here.