UPDATE: Forum for gubernatorial candidates canceled because of scheduling conflicts 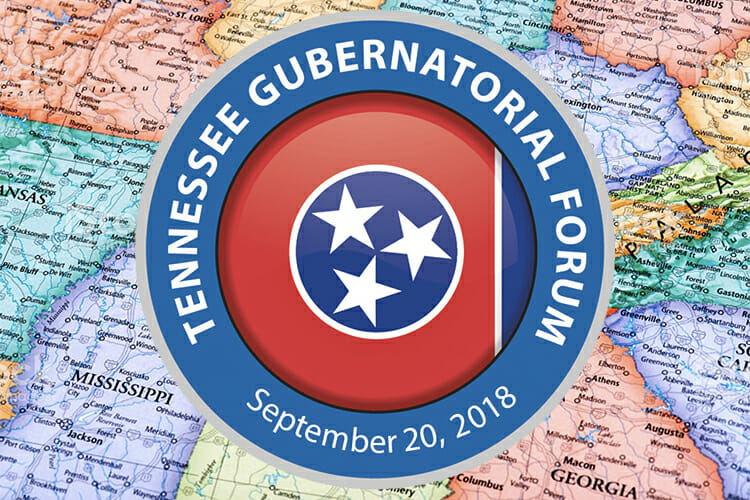 Middle Tennessee State University and the League of Women Voters announce that the planned Sept. 20 gubernatorial forum on the MTSU campus has been canceled due to scheduling conflicts for the candidates.

Middle Tennessee State University, in cooperation with the League of Women Voters, will host a gubernatorial forum on its campus on Thursday, Sept. 20, that will also be broadcast to a statewide television audience.

The free public event is being underwritten, in part, by Farmers Insurance Group and will be moderated by veteran television journalist and former WTVF-TV lead anchor Chris Clark, an adjunct professor in MTSU’s College of Media and Entertainment. Doors will open at 6 p.m. and the program will begin promptly at 7 p.m. in the university’s Murphy Center.

The College of Media and Entertainment will provide a live broadcast feed from the forum, which will be aired on Nashville Public Television and made available to the state’s network of public stations. It will also be livestreamed on MTSU’s main Facebook page.

Participants will respond to prepared questions on a broad range of timely issues and the public is invited to submit potential forum questions to www.mtsu.edu/2018forum.

Tennessee’s gubernatorial race will be decided in the general election set for Tuesday, Nov. 6. Early voting runs Oct. 17 through Nov. 1. The new governor will replace outgoing Gov. Bill Haslam, who is term limited.

“Our True Blue Pledge calls upon us to be engaged in the life of our community,” said MTSU President Sidney A. McPhee. “This event provides an excellent opportunity to see and hear the candidates for the state’s chief executive engage and respond to issues in real time.”

The League of Women Voters, a nonpartisan political organization, encourages informed and active participation in government, works to increase understanding of major public policy issues, and influences public policy through education and advocacy.

“The League of Women Voters is pleased to partner in this event,” said Marian Ott, the league’s Tennessee president. “The League has a proud tradition of sponsoring nonpartisan candidate forums and debates. In this era of 24/7 news spin and social media, we believe that hearing directly from the gubernatorial candidates in a fair and balanced format will provide critical information to voters.

“We are excited that citizens across the state will have multiple ways to view this forum, whether in person, on live public TV, or streamed later. We encourage everyone to watch the debate and then to vote.”

McPhee noted that Farmers Insurance Group partnered with MTSU for the 2010 gubernatorial forum on campus, which was the company’s first such partnership with a university.

“Farmers Insurance has a proud history of participation in the nation’s democratic process and we’re proud to help support this gubernatorial forum with Middle Tennessee State University,” said Betsy Nealon, head of territory for the southeast region of Farmers Insurance. “We look forward to hearing from the candidates as they address the critical issues that directly impact our daily lives, our business community, and the future of Tennessee.”

And McPhee underscored the statewide reach of the forum, thanks to the partnership between the university and Nashville Public Television, a point echoed by NPT President and CEO Kevin Crane.

“As citizens across the state of Tennessee prepare to elect a new governor, Nashville Public Television is pleased to make MTSU’s Gubernatorial Debate available to viewers in Middle Tennessee and across the state,” Crane said.