MTSU students, faculty are on ..

MTSU Poll: Dems, GOP say other side needs to give ...

MTSU Poll: Dems, GOP say other side needs to give ground 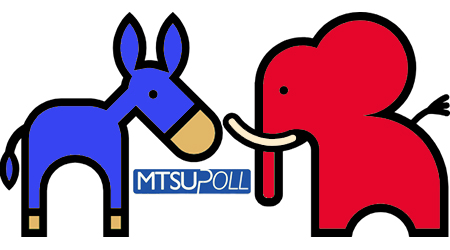 With Democrats holding the upper hand in Washington but Republicans dominating Tennessee’s political leadership, neither Democrats nor Republicans in the state think their party should give ground, the latest MTSU Poll indicates.

Democrats tend to think the Republican Party should get more moderate while the Democratic Party stays put.

Sixteen percent thought the Democratic Party should “adopt political positions that are more liberal,” 17 percent didn’t know and the rest declined to answer.

By contrast, 43 percent of the Republicans polled thought the GOP should “adopt political positions that are more conservative,” while 24 percent thought the party should stick with its current positions.

“Democrats may see President Obama’s 2012 victory as a mandate for their party’s positions, while Republicans may feel emboldened by their party’s near sweep of the same election’s state-level contests,” Blake said.

“Whatever the reasons, it’s clear that there’s not much willingness to compromise.”

A 39 percent plurality of Tennesseans describe themselves as independents, while 28 percent self-identify as Republicans and 25 percent consider themselves Democrats.