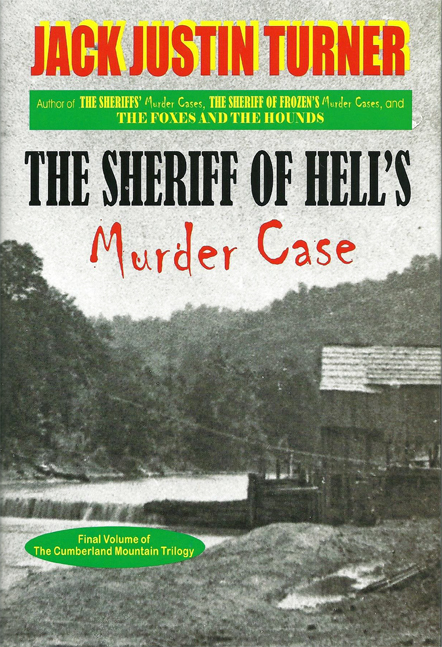 More than two years after his passing, an MTSU professor is still making his mark on the literary world.

“The Sheriff of Hell’s Murder Case,” the third novel in a Cumberland Mountains-based trilogy by Dr. Jack Justin Turner, will be revealed and celebrated from 10:30 a.m. to 1:30 p.m. Saturday, April 12, at Phillips Bookstore in the Student Union. A printable campus map with parking instructions is available at http://tinyurl.com/MTSUParkingMap13-14.

Turner, who died Dec. 29, 2011, in Lexington, Ky., was a professor of international relations at MTSU for 35 years. Turner’s latest novel was completed post-mortem with the editing assistance of his friend, Steve Allen.

Decorated with colorful descriptions of the mountain life Turner knew growing up in Maytown, Ky., “Hell’s Murder Case” tells the tale of Sheriff Jacob Newton Herald, a lawman with a mangled arm and a complicated psyche, who wrestles with love while trying to solve a homicide.

“Jack obviously knew and loved the setting and its inhabitants and put the lie to the work of a litany of literary carpetbaggers,” Allen said.

Turner’s widow, Judy Gibson Turner, will be on hand with copies of all of her husband’s published books.

This event, which is free and open to the public, is presented by the College of Liberal Arts and the Department of Political Science. For more information, contact Connie Huddleston at 615-494-7628 or connie.huddleston@mtsu.edu.