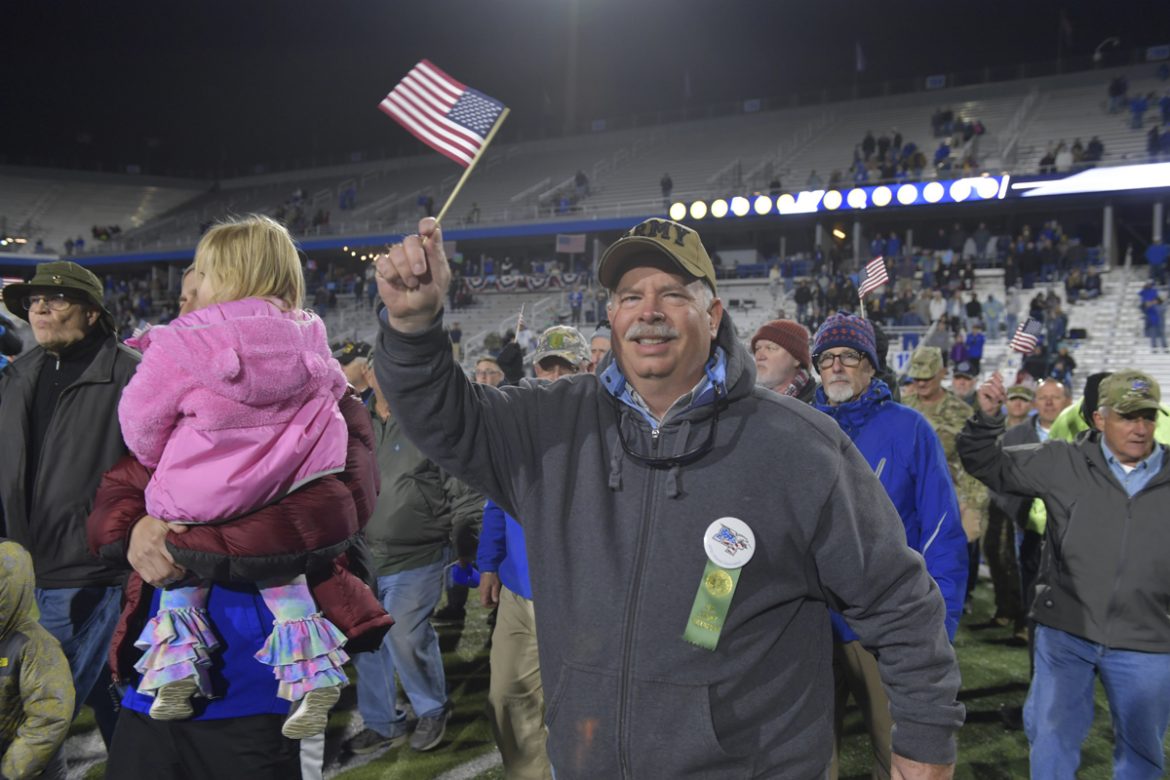 The MTSU Charlie and Hazel Daniels Veterans and Military Family Center and the Blue Raider football team will host the 39th annual Salute to Veterans and Armed Forces football game.

Kickoff is set for 2:30 p.m. Saturday, Nov. 13, against the visiting Florida International University Panthers in Floyd Stadium. A ticket will be required for admission to the game; all other events are free and open to the public. For those wanting to purchase tickets, go here, call 615-898-5261 or visit the ticket office at Gate 1A on Faulkinberry Drive. 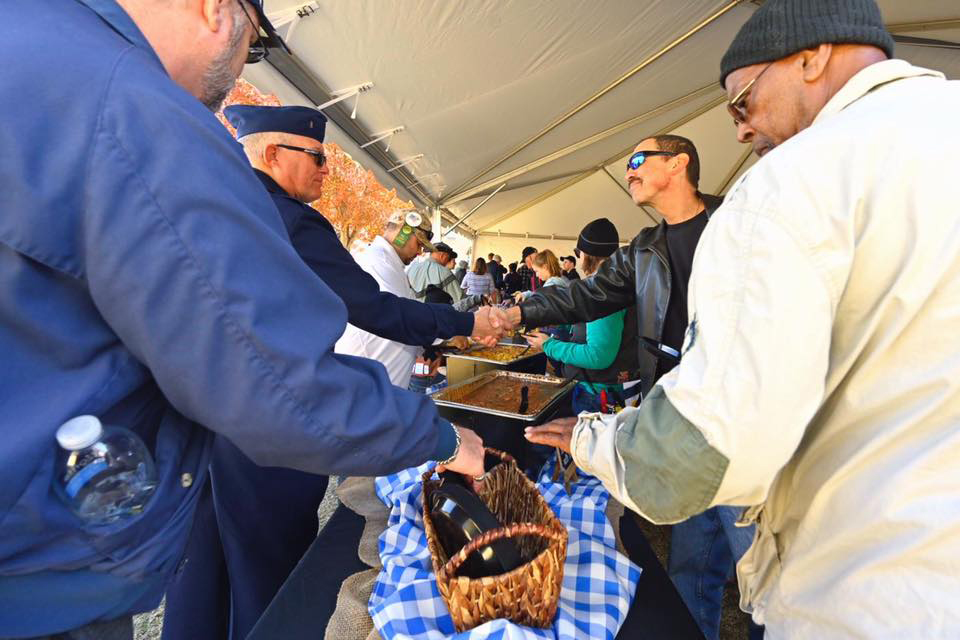 Military veterans and their families and supporters enjoy the food available at the Veterans’ Picnic that was part of the activities for the 38th Salute to Veterans and Armed Forces game in November 2019 on the Blue Raider campus. (MTSU file photo)

This day is filled with events — memorial service, picnic and more — and activities to honor and recognize veterans, current service members and their families. The honored guests will receive a complimentary ticket to the game. Tickets will be available at the pregame picnic outside the Kennon Hall of Fame Building starting at noon.

The 2020 Salute to Veterans and Armed Forces game was canceled because of COVID-19. Masks are required inside all MTSU buildings.

The timeline of events: 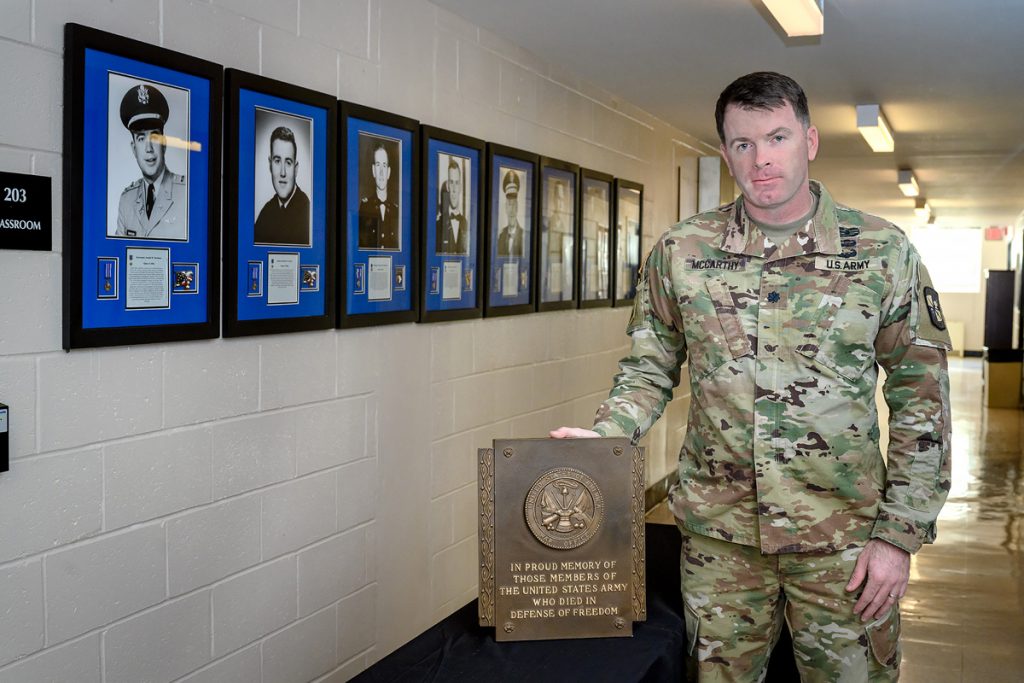 U.S. Army Lt. Col. Carrick McCarthy, who heads the MTSU Military Science program, is shown with a group of eight shadowbox photo displays of former university ROTC cadets who died in combat while serving their country, and an accompanying plaque in Forrest Hall. The shadowboxes will be on display at the Veterans Memorial outside the Tom H. Jackson Building, 628 Alma Mater Drive, leading to the 39th annual Salute to Veterans and Armed Services game between MTSU and FIU in Floyd Stadium. This marks the 71st anniversary of the program. (MTSU file photo by J. Intintoli)

12:15 p.m. — Raider Walk
Fans can head to Walnut Grove to cheer alongside the Band of Blue and Spirit Squad, as they welcome the Blue Raiders to campus.

1 p.m. — Stadium gates open to Vet Village (Gate 3)
Vet Village, which will be located inside of Gate 3 of Floyd Stadium, is an area for veterans, active service members and families to meet with vendors who might be a resource to them. 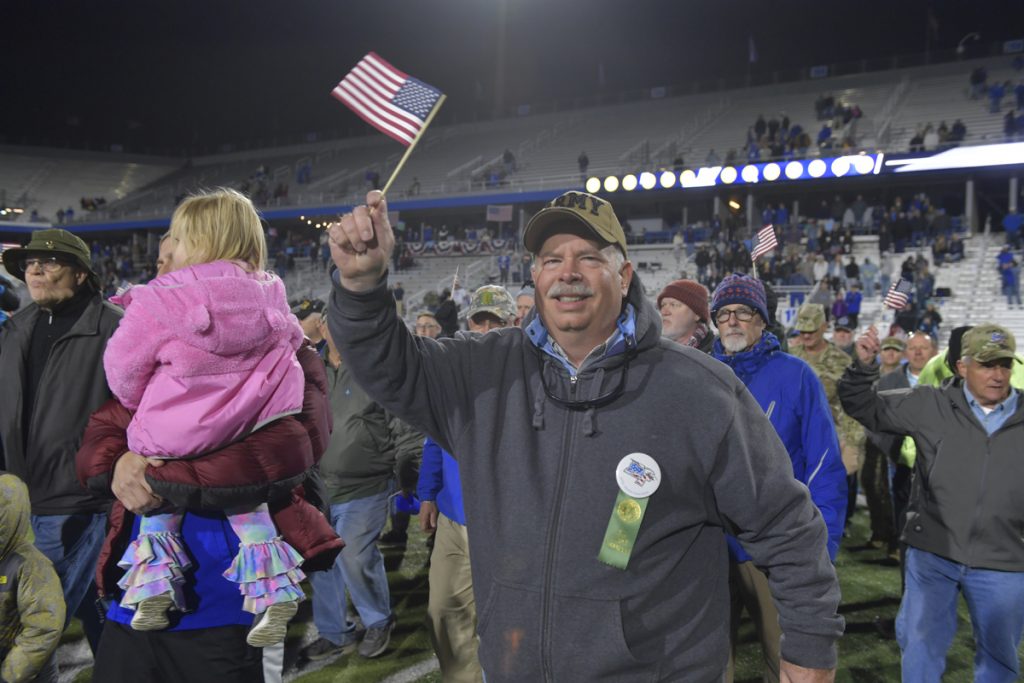 U.S. Army veterans walk across Horace Jones Field in Floyd Stadium at halftime to the Army fight song played by the MTSU Band of Blue in November 2019 as part of the 38th Salute to Veterans and Armed Forces game activities. (MTSU file photo by James Cessna)

2:30 p.m. — MT vs. FIU
Before the game, fans are encouraged to bring a toy to any stadium gate for Toys 4 Tots, an annual U.S. Marines’ holiday toy drive. Thirty minutes before kickoff, there will be a special pregame celebration, welcoming everyone to the game. A special game ball delivery will be brought by the Tennessee National Guard, weather permitting. Throughout the game, alumni who have been or are currently serving in the military will be recognized; there will be recognitions of all service branches (Air Force, Army, Coast Guard, Navy and Marines); and one of the best Salute to Veterans and Armed Forces traditions, the halftime parade, occurs.

All current service members and veterans are encouraged to participate in the halftime parade honoring all branches of the military and featuring the Band of Blue. To participate, go to the Gate 2 tunnel near Lightning’s Locker Room with five minutes left in the second quarter. Reminder announcements will be made throughout the game. 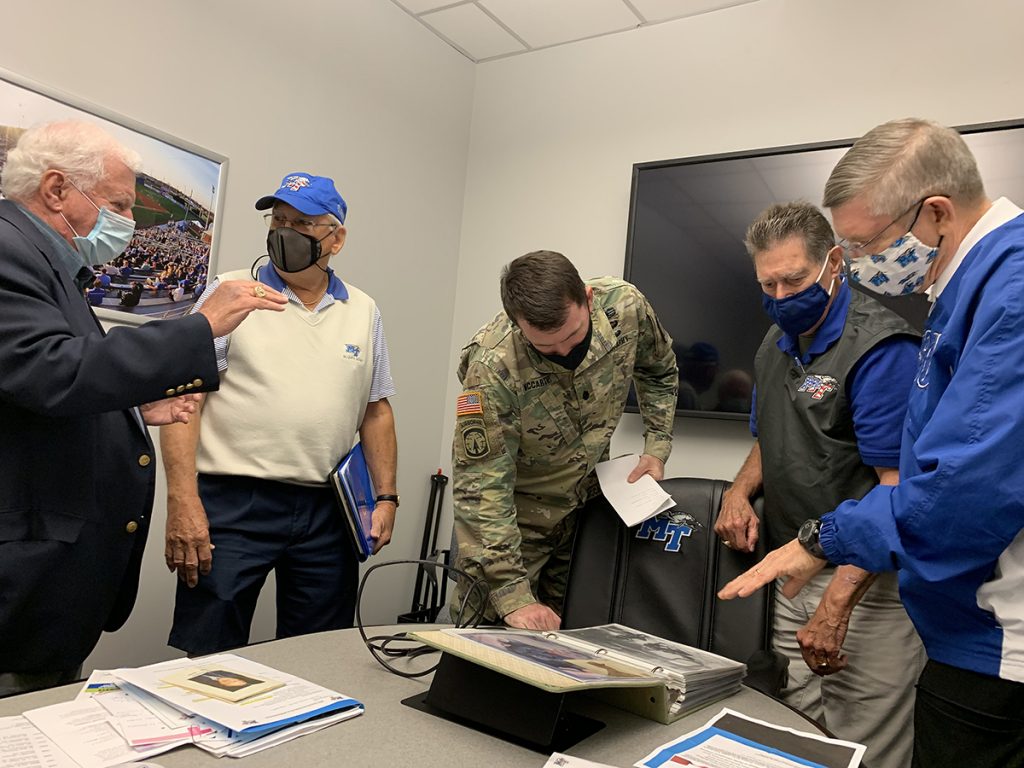 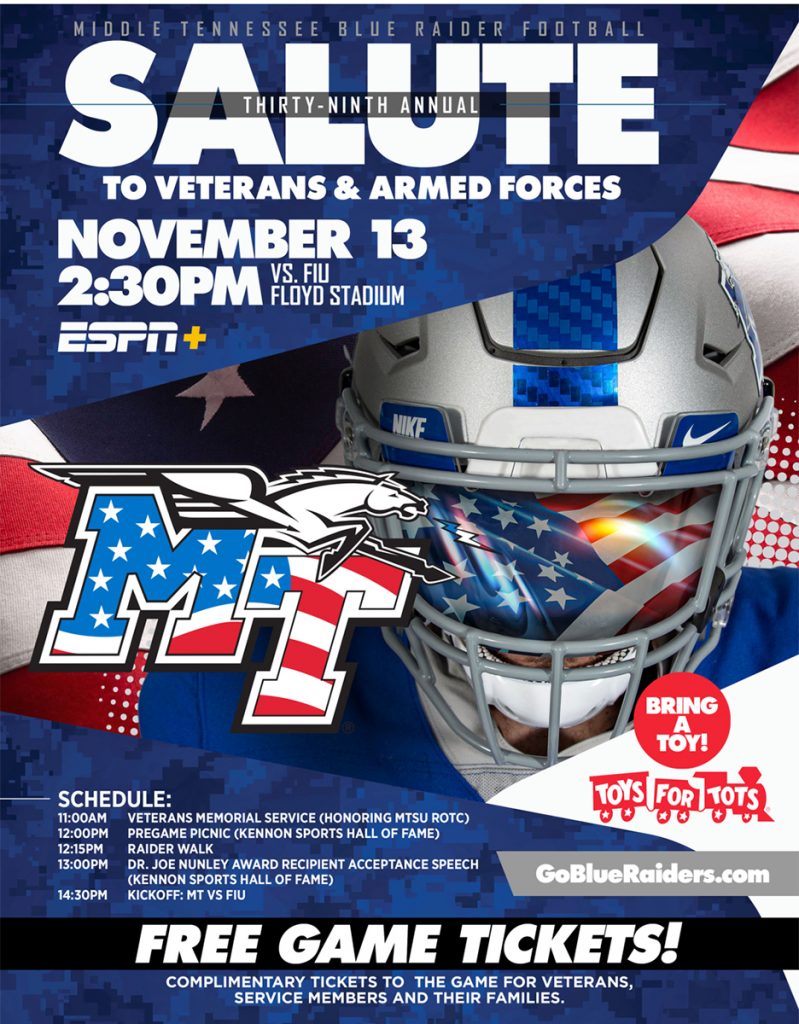