MTSU Homecoming Traditions: Past and Present

MTSU Homecoming Traditions: Past and Present 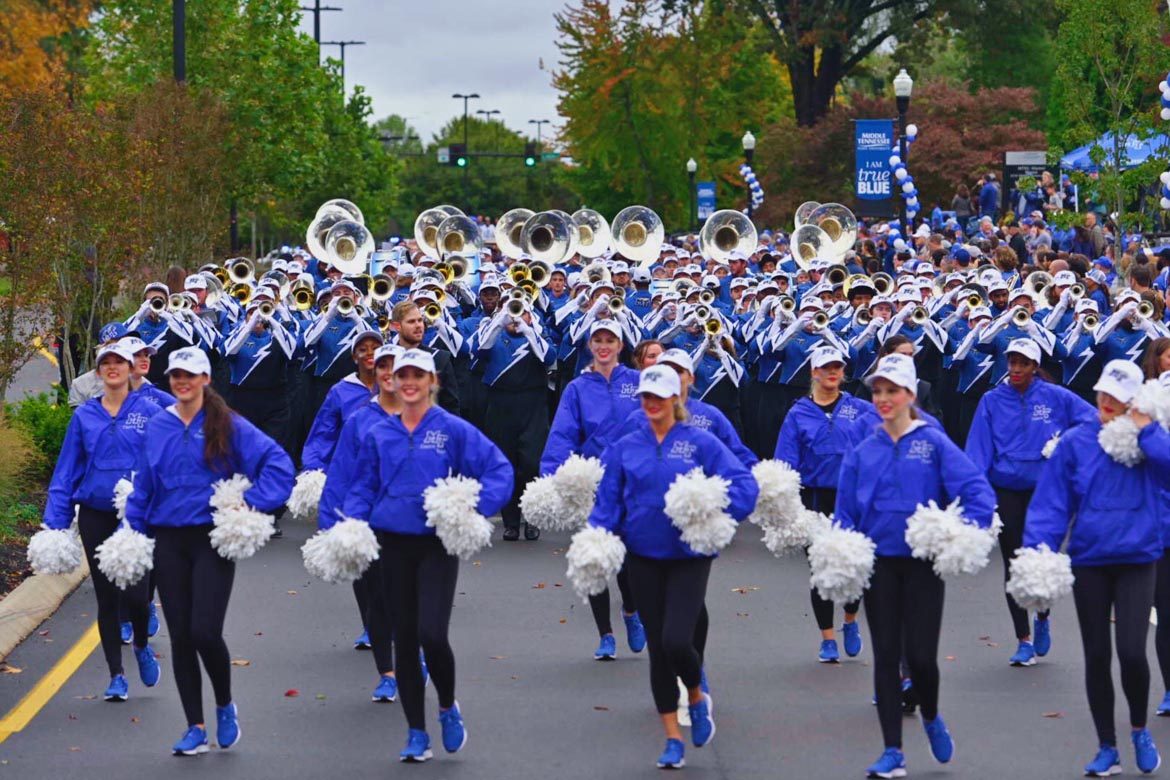 ‘Tis the season. Not quite for Santa, but something better. That’s right—classic, all-American college football. It’s homecoming season. Although, homecoming isn’t just about the big game. It’s also about using the days leading up to the game to hype up the student body. From parades, to fight songs, chili cook-offs, and of course—alumni, here are some past and present traditions MTSU has had during its homecoming season.

First and foremost, there’s the infamous homecoming parade. The parade is a tradition that dates back over 80 years. The first big parade was in 1938. This was the year that MTSU (at the time, State Teachers College, or MTSTC) decided to really make homecoming a big ordeal. What better way to make something a big deal than by having a huge parade? Each class and student group was responsible for a parade float. Each group strived to have the best float and made it into a competition. 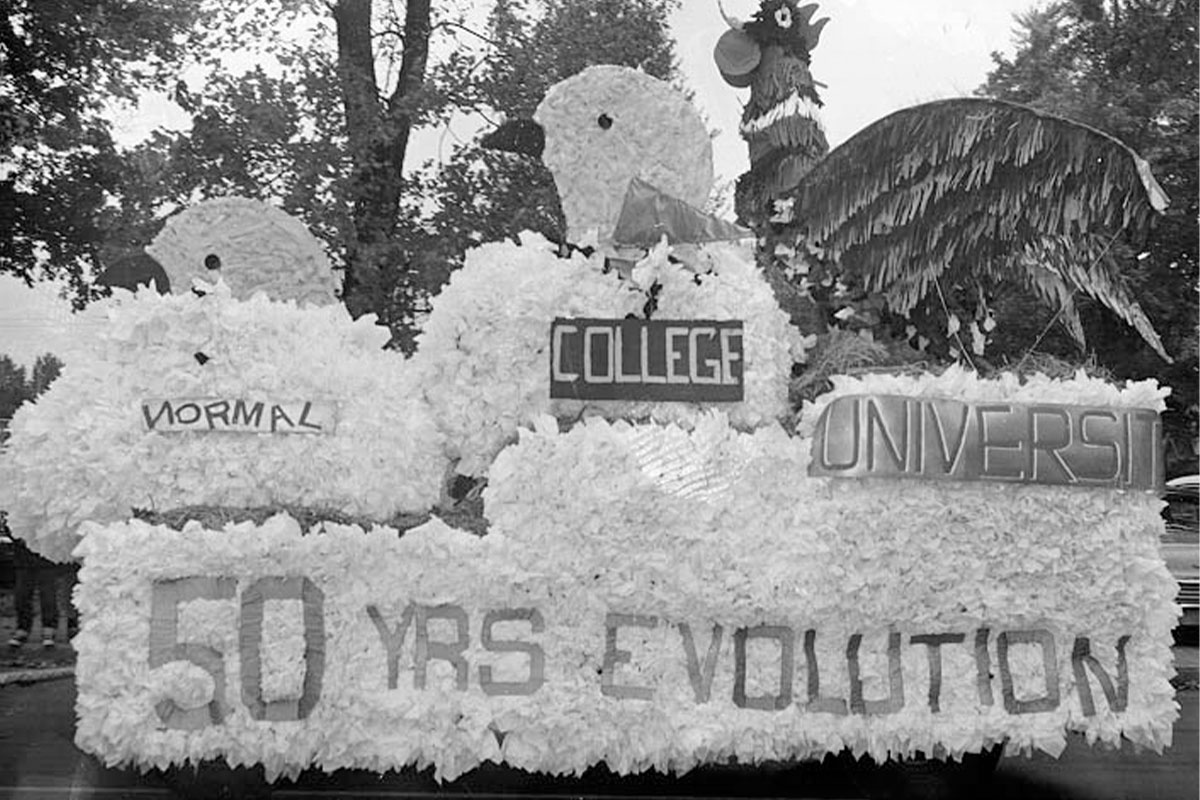 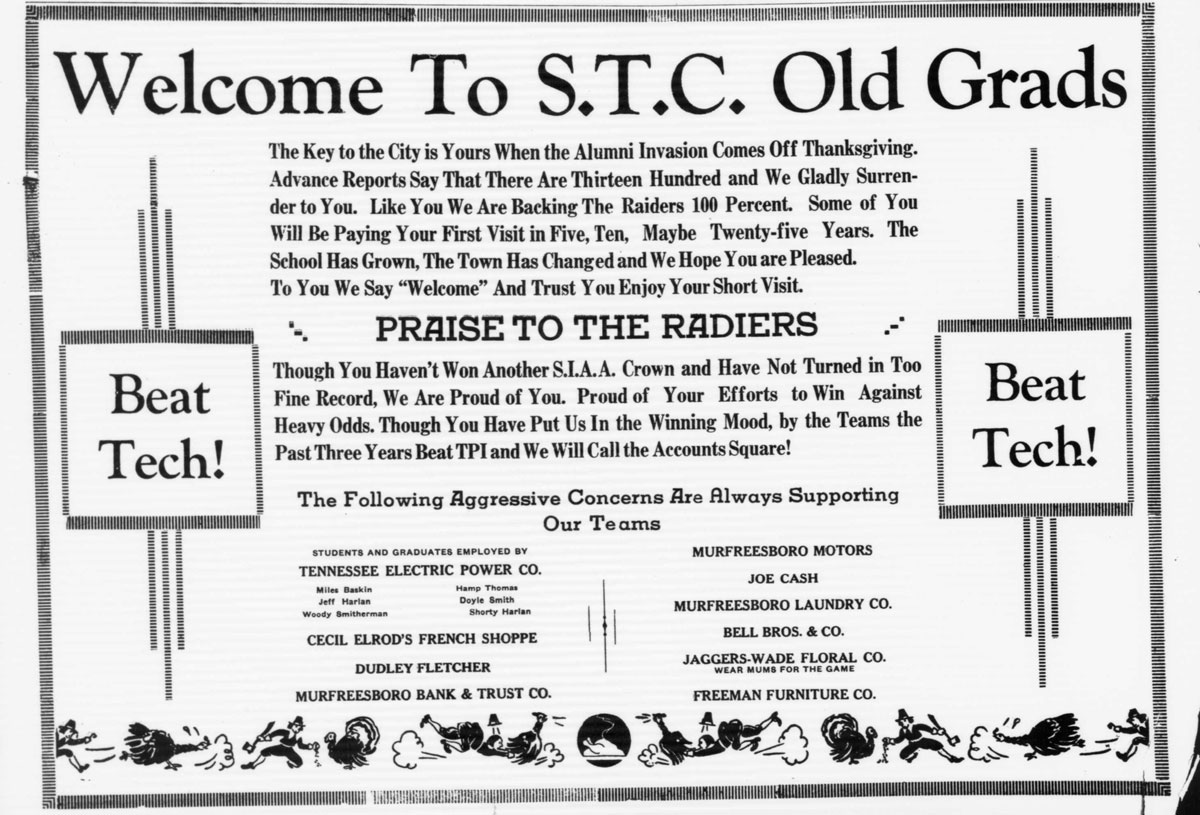 On the note of parades and alumni, the Alumni Association at MTSU has been holding a parade watching party known as the “Mixer on Middle” since the ancient times of 2006. This year’s Mixer on Middle will be Saturday, October 30th at 9:30 a.m. on the Alumni House grounds.

The next tradition is one that I need MTSU to bring back. I will beg, steal or borrow accordingly if it means I get to experience this at least once in my college career. I’m talking about the chili cook-off of all chili cook-offs, people. Okay, maybe I’m being a bit dramatic, but how fun would this be? There was one in 2017, but I assume they’ve stopped since the rise of the pandemic. However, it used to be an annual thing for homecoming at the university. 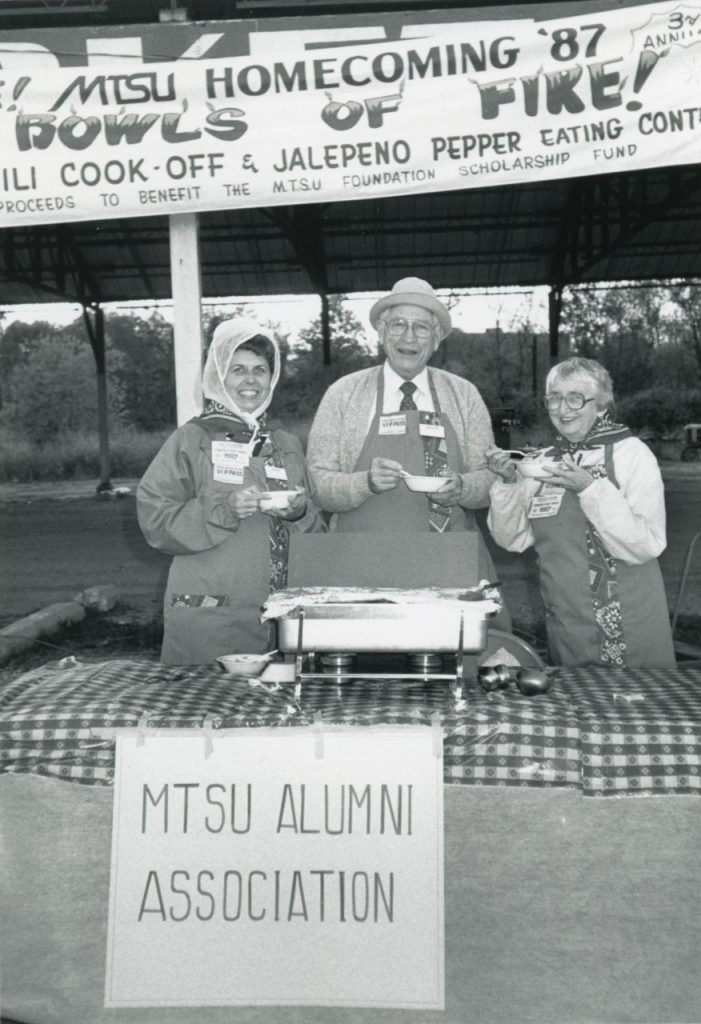 If I go all four years here without experiencing one chili cook-off, I don’t know what I’ll do. (Photo: Albert Gore Research Center)

Another tradition we do every year is the banner competition. Student groups create a banner based on the homecoming theme. The banners are usually posted in Walnut Grove. This year, there will be a sign contest in which the groups will decorate plywood. The posts will stay up for game day.

Lastly, the Fight Song Competition is a homecoming tradition and has also been done during the Week of Welcome events held every August. The idea is that student groups have to come up with a creative spin on MTSU’s fight song.

Homecoming seems to be a sacred time on college campuses every year, and you can definitely see why. This year’s parade will be Saturday on October 30th. The game is that same day at 2:30 p.m. This year, we’re playing the University of Southern Mississippi and it’s sure to be a great time. Although there is no chili cook-off this year, I’m very excited about this year’s homecoming. With 2020 being what it was, I feel like this year will definitely be one to remember. 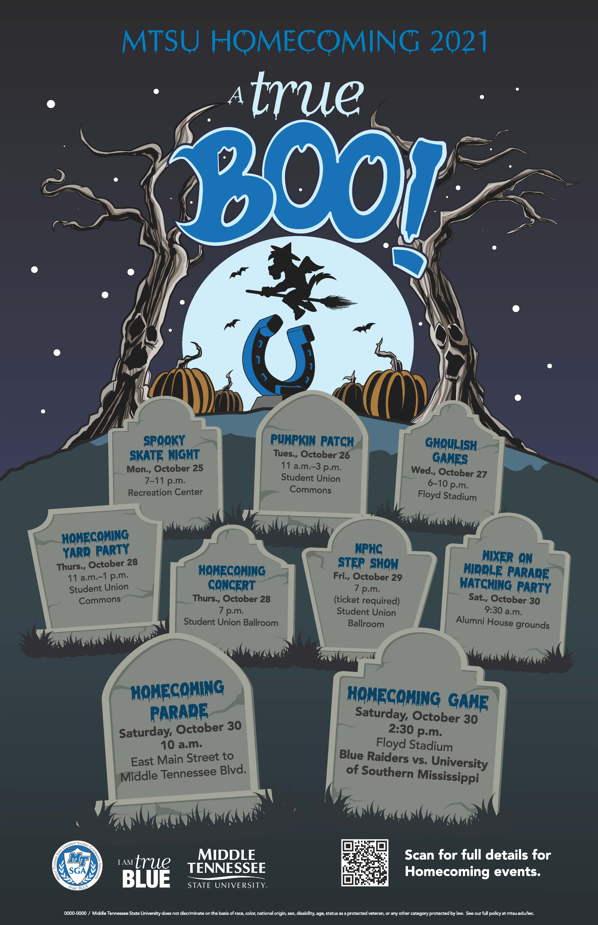