Shane Smith, who is now in his second career after 24 years in the military, will soon earn his master’s degree from MTSU in professional studies with a concentration in strategic leadership. 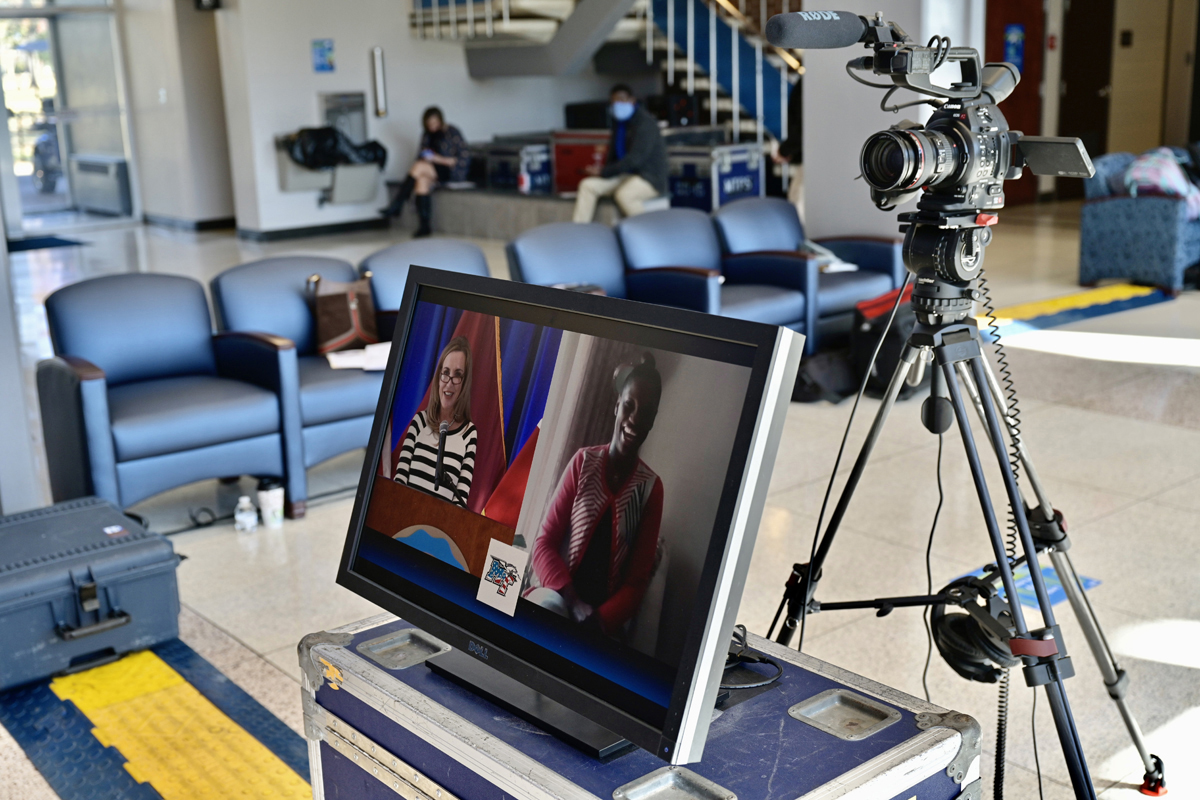 The Shelbyville, Tennessee, residents were among 12 MTSU seniors participating in the Graduating Veterans Stole Ceremony, held virtually Wednesday, Nov. 18, because of COVID-19 safety protocols. They both plan to participate in Saturday’s commencement ceremonies when nearly 75 student veterans will graduate in Floyd Stadium.

“It is a blessing (to graduate),” said Smith, 47, a retired U.S. Army captain and infantry officer who had multiple combat (Iraq) and operational deployments (Macedonia and Kuwait). “I’m feeling the most proud of getting to share this with my family (wife Jamie and, daughter Siena, 14, and son Sterling, 11).”

A former assistant director and employer search agent in the Transition Home Office for the Charlie and Hazel Daniels Veterans and Military Family Center, with the largest dedicated space for veterans in Tennessee, Smith is now a health care recruiter for Ascension Saint Thomas.

Smith attended “one class at a time — a pace I needed to be successful and only missed one semester,” he said. He found working and taking his final class “a significant challenge” because of COVID-19.

He is leading an initiative — PCT (patient care technician) to CPT (certified pharmacy technician) pathway project — where entry-level associates can participate in an internal training program to earn pharmacy technician certification, providing additional career growth opportunities for the associates. If successful, the project could expand to other Ascension ministries, which are located in 22 states. 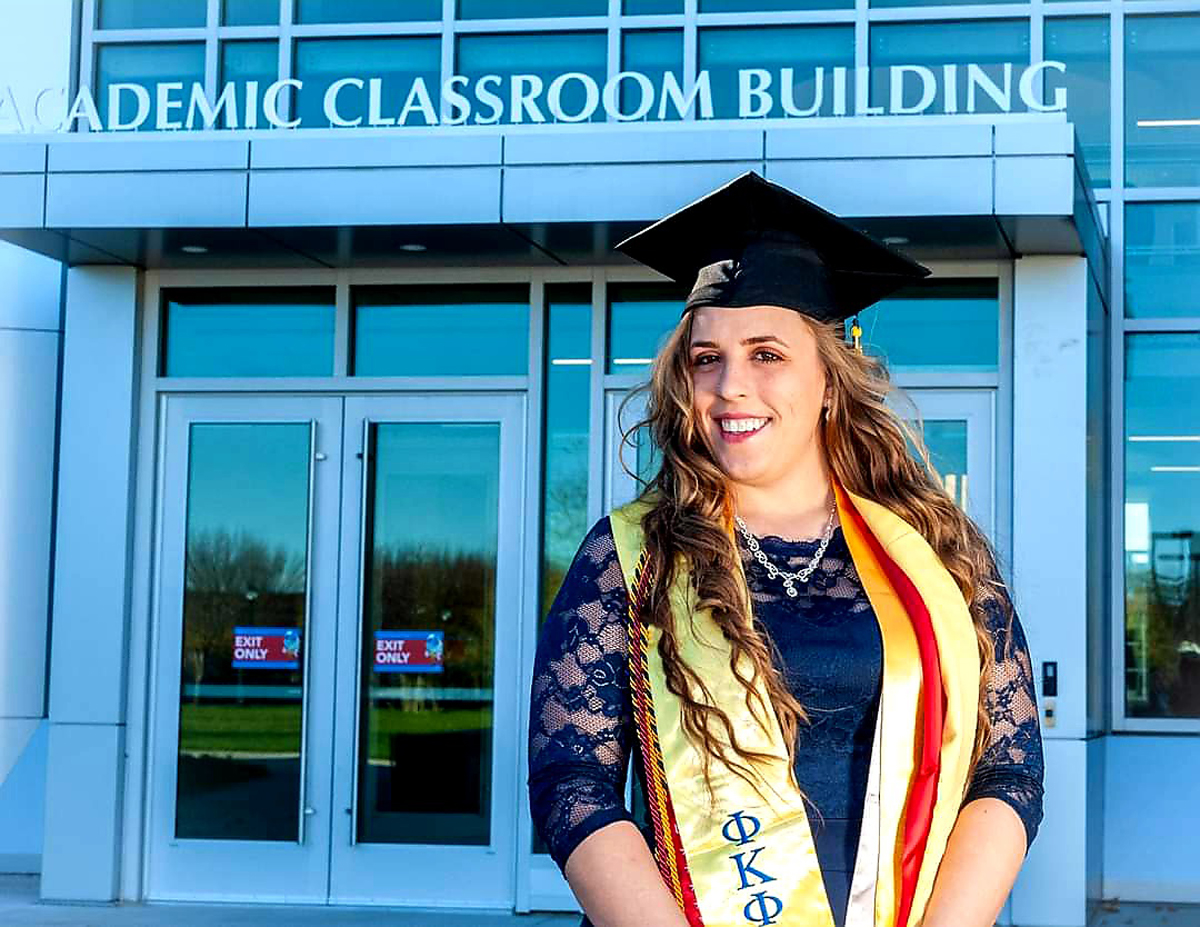 In front of the new Academic Classroom Building, MTSU graduating veteran Karlie Franks of Shelbyville, Tenn., earned her bachelor’s degree in social work and plans to begin her master’s in social work at the university next summer. She served more than three years in the U.S. Army. (Submitted photo by Merle Perkins)

Franks, 28, said the stole ceremony, where red stoles are presented to the graduating senior veterans to wear at graduation, “was really special because nobody else gets to do this.”

“Being honored for our service is really great,” she added. “It’s nice to have a special ceremony for those who have served our country.”

Franks spent a little more than three years in the U.S. Army. She was a specialist with 92 Fox Petroleum Supply for the 603rdAlpha Company at Hunter Army Airfield in Savannah, Georgia, then became part of the Warriors Transition Battalion in Hinesville, Georgia, before a work-related broken pelvis forced a medical discharge.

A  family advocate since August with South Central Relative Caregiver program, Franks has two children and two step-children. This year, she has had mostly in-person social work classes during the coronavirus pandemic. 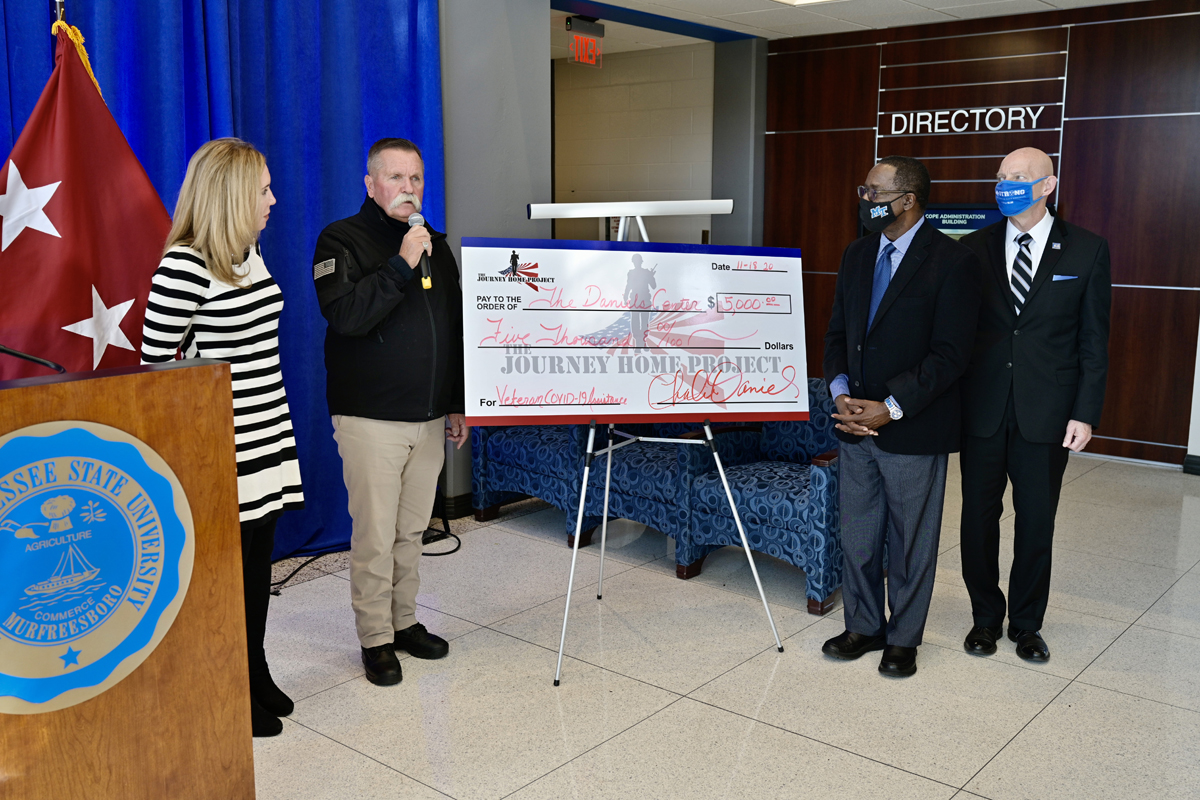 David Corlew with The Journey Home Project spoke at the event and presented a $5,000 check from the organization to assist student veterans and their families struggling during the COVID crisis.

Representing event sponsor Amazon, in a video, P.J. Williamson, a former British naval officer, shared how his company and many others “value our service members and the unique skillsets and perspective that you bring to the civilian workforce.”

“As men and women who have served in the armed forces, these leadership principles should be very familiar, as they are fundamentally ingrained in each and every one of you,” he said. “In a year that has been unlike any other, you should be immensely proud of your hard work, dedication and achievement. … It’s these qualities that will guide you on your next journey into civilian employment.” 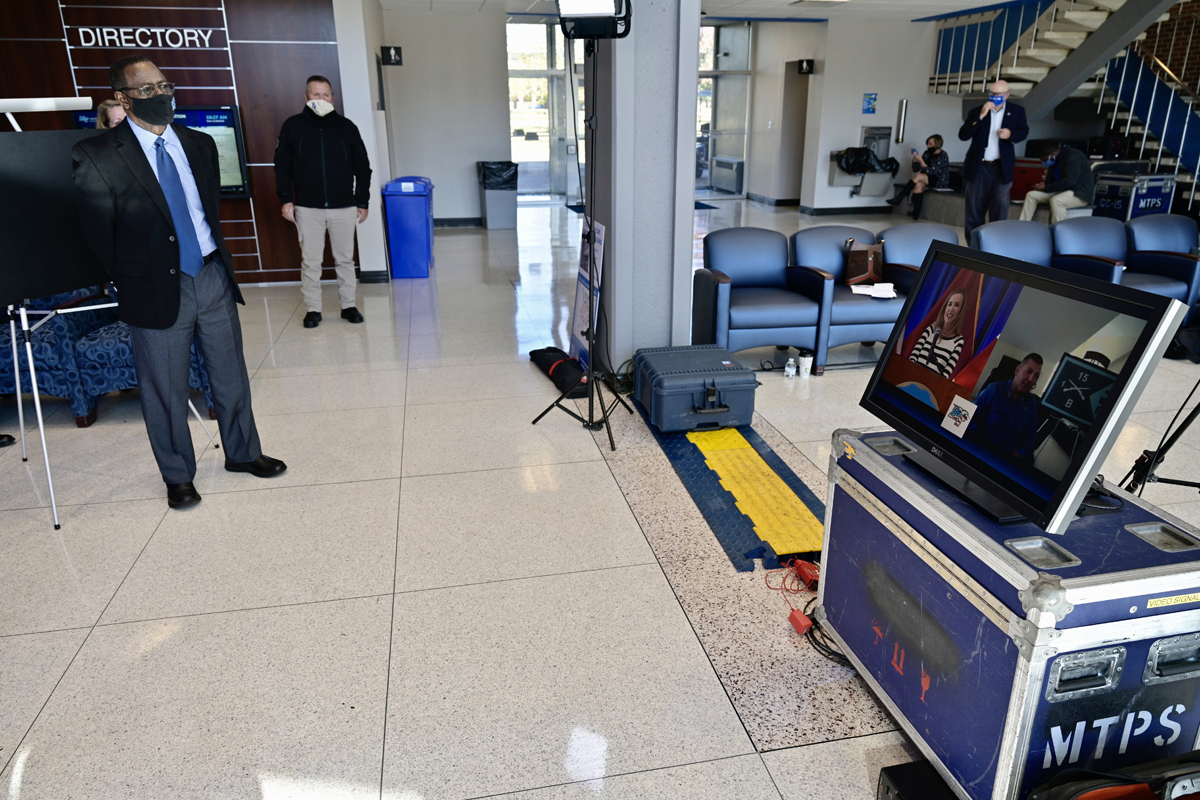 MTSU President Sidney A. McPhee views the live broadcast of the virtual Graduating Veterans Stole Ceremony Wednesday, Nov. 18, in the Cope Administration Building lobby. The university recognized the senior veterans by presenting them with red stoles they can wear at the outdoor commencement in Floyd Stadium Saturday, Nov. 21. (MTSU photo by Andy Heidt)

MTSU President Sidney A. McPhee told the honorees “freedom is not free” and congratulated them for their service and commitment to completing their MTSU degree requirements.

“We are presenting these special stoles because we want to extend a deep true blue gratitude to you and to your families to show our appreciation for not only your hard work and your accomplishment at MTSU, but what you have done for this nation.” 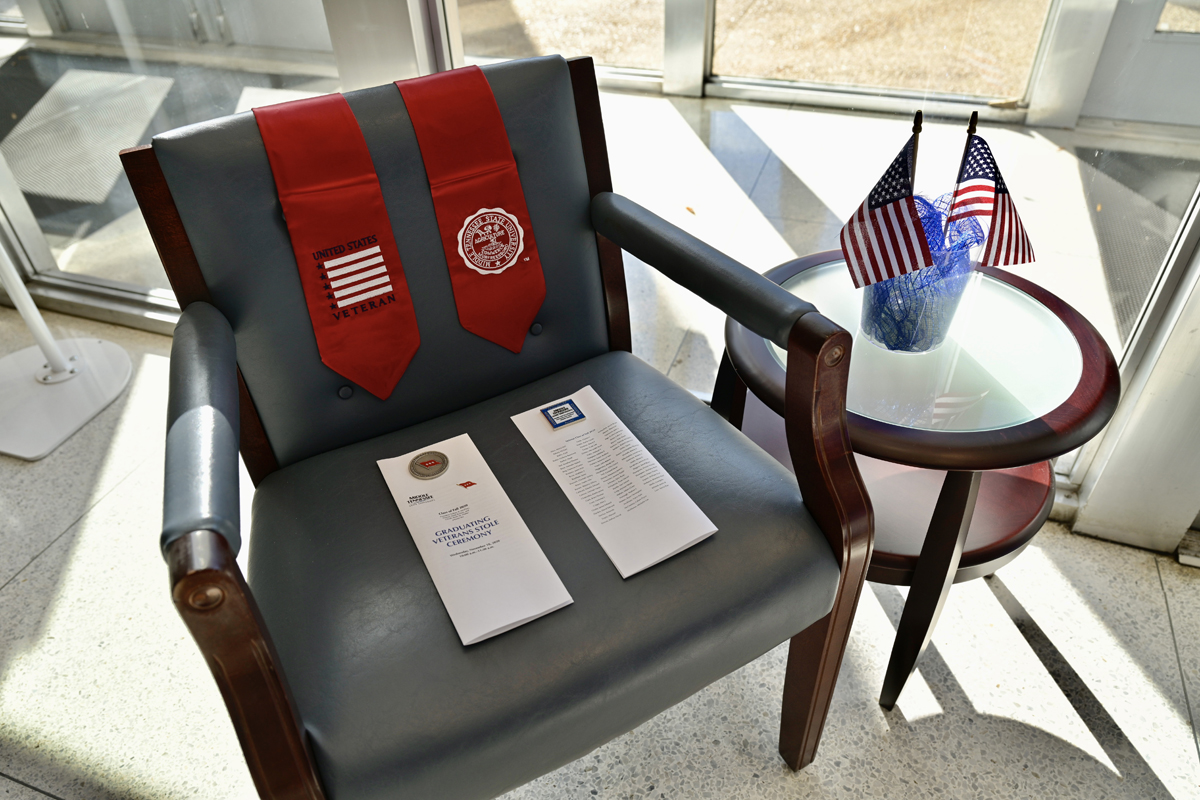 A red stole and a copy of the Graduating Veterans Stole Ceremony program sit on a chair in the Cope Administration Building lobby Wednesday, Nov. 18. Twelve senior veterans, who will graduate Saturday, Nov. 21, in ceremonies in Floyd Stadium, participated in the virtual ceremony. (MTSU photo by Andy Heidt)