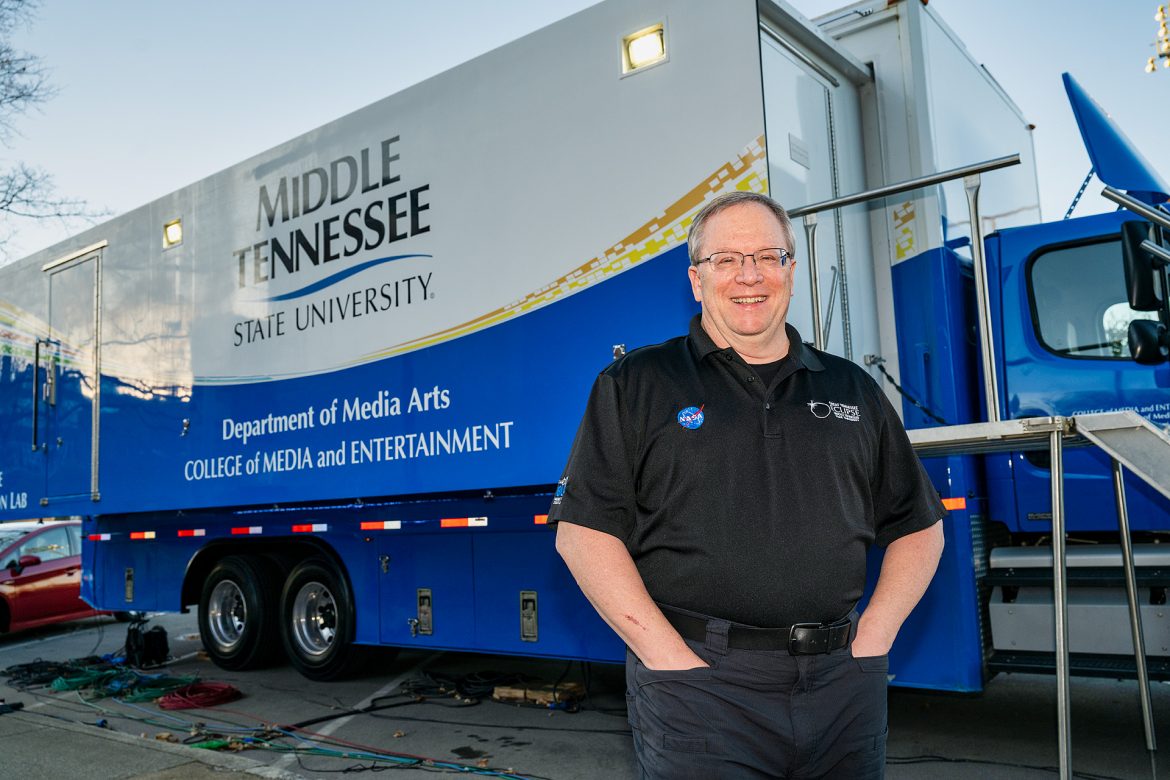 MTSU professor Robert “Bob” Gordon Jr. has always encouraged his multi-camera TV production students to be ready to change course when the unexpected happens, because it always seems to in TV.

He didn’t quite expect “changing course” to become so literal.

Gordon and his students, who produce live and scripted shows in several multi-camera courses, watched the pandemic erase the live entertainment, sports, special events and in-house series productions from their spring, summer and fall 2020 calendars. Their in-class time, connected by video, was all that remained.

Months later, on the other side of a reinvigorated event schedule and a slightly revamped way of teaching — and of learning — for his students, Gordon says he challenges “any other video and film program, anywhere, to say they do as much television as we do.”

Gordon, who coordinates the live production and multi-camera concentration of the Department of Media Arts’ Video and Film Production Program, jokes that he thought about simply giving his spring 2020 students their grades at the halfway point, finagling a backup plan for summer courses and hoping some miracle would save their fall semester.

“But I thought, ‘Well, that’s pointless.’ So then I thought: ‘What can I do when we can’t do what we’re here to do?’” he recalls. “I felt this experience of having to stay home and teach online was different but not scary; I thought, ‘OK, things changed. Let’s go. Let’s do what we usually do, but a little differently.’” 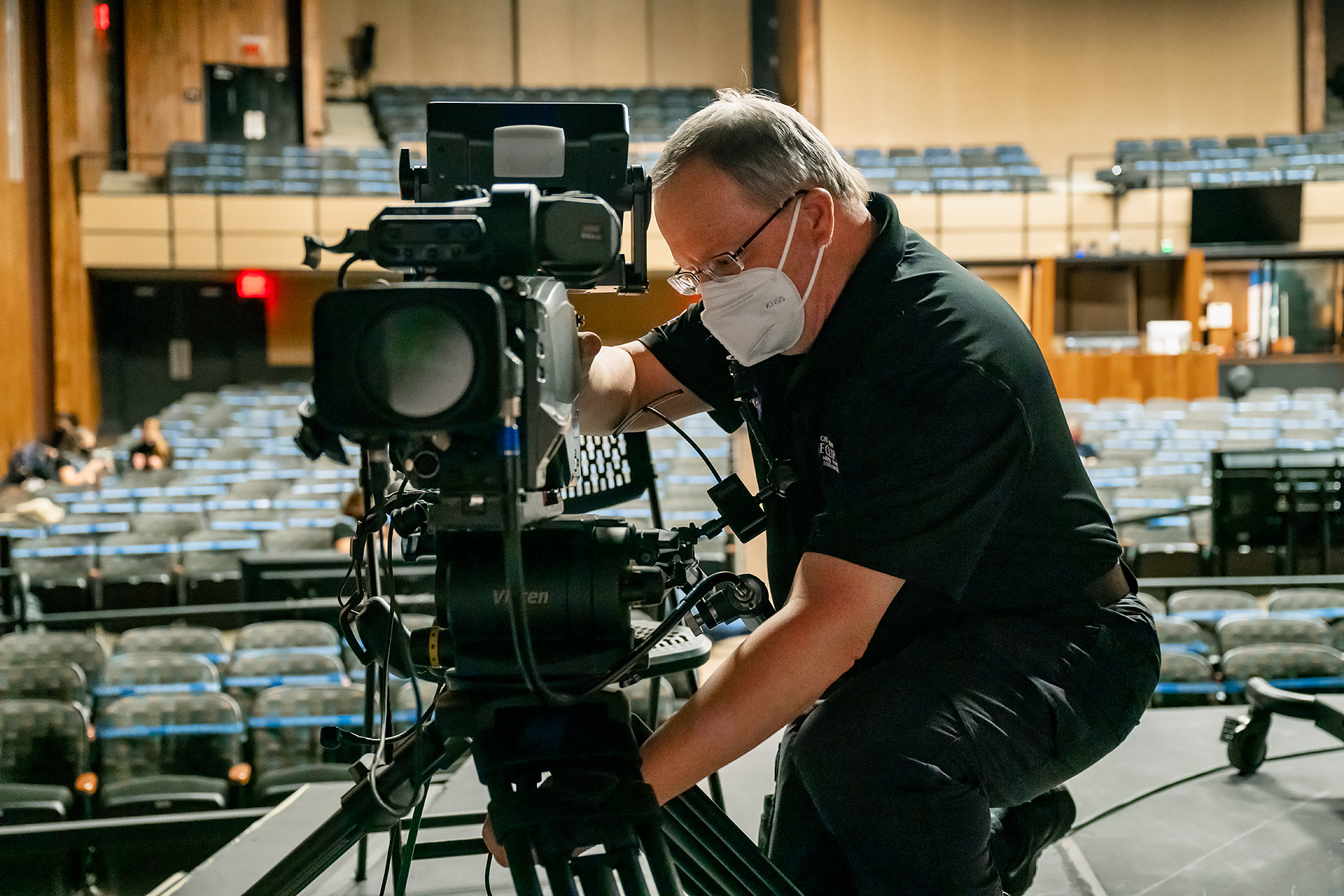 Gordon, a lifelong TV producer who brought his news, entertainment and management expertise to the College of Media and Entertainment faculty in 2007, also serves as executive producer for Media Arts Productions, MTSU’s live TV production company, and faculty adviser for MT10, the student-run TV station.

He’s led the department’s annual coverage of the Bonnaroo Music and Arts Festival since 2015, along with MTSU’s once-in-a-lifetime “Great Tennessee Eclipse” 2017 live event. He’s president-elect of the MTSU Faculty Senate and a former vice president and a founder of the Nashville chapter of the National Academy of Television Arts and Sciences, adept at using his career ties to help his students make their own connections.

Gordon, a two-time winner of MTSU’s Outstanding Experiential Learning Faculty Award, used those industry bonds to bring even more top professionals into his virtual classroom via Zoom to talk with his students. 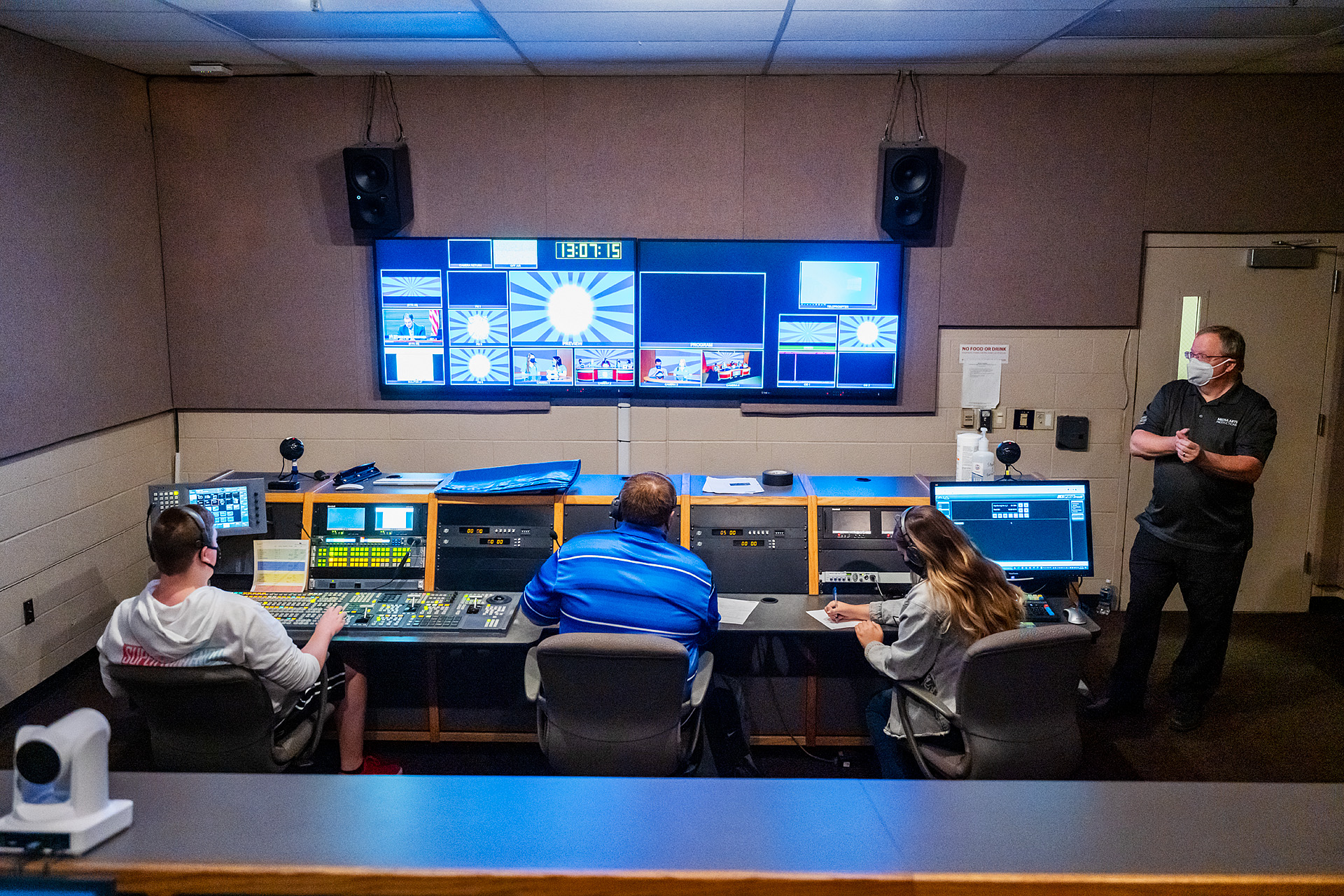 MTSU Department of Media Arts students produce one of six episodes of their game show “Don’t @ Me” in Studio 1 of the Bragg Media and Entertainment Building as professor Robert “Bob” Gordon Jr., right, looks on. From left are students Walker Oakes, Ryan Tyler and Jordyn Lee and Gordon. (MTSU photo by Andy Heidt)

He had his students study TV shows to evaluate which production elements worked and why. And they gathered during regular class times, virtually, to discuss how they’d handle a production once they were back on set.

As MTSU eased back into in-person operations this fall, opportunities returned to get Gordon’s students back behind the cameras. They’ve covered MTSU football for ESPN, livestreamed three Department of Theatre and Dance plays and four dance productions, and shot talk, game and demonstration shows in the MTSU studios — all following health safety protocols.

Their once-empty fall 2020 calendar ballooned to 38 in-person, hands-on TV shoots, and … wait, make that 42, because his Media Arts Productions crews are producing MTSU’s Nov. 21 fall 2020 commencement ceremonies, which will be livestreamed worldwide, and the MTSU-Louisville women’s basketball game for EPSN+.

Producing shows again has meant some arduous 16-hour days for Gordon and his students. He’s reminding them, though, that once they’re in the field, especially if they’re freelancing, those days mean more experience, more reputation-building and, ideally, more money.

“In our field, doing live television, you have to have your Plan A and a Plan B and a Plan C and a Plan D, because all sorts of things aren’t going to work right,” he says. “You can’t just freeze because it’s not the way you planned it. You have to be very flexible and very variable.

“Sometimes when I talk to people, they’re impressed with our students’ responsiveness and flexibility to change and with the sheer amount of production they do in a semester. Though we normally do a lot, COVID-19, surprisingly, allowed us to do even more and different productions in completely different ways.

“In addition to producing many types of television programs, the students learned to be nimble, think outside of the box and perform very well in ways they never imagined. As a teacher, I find all of that, and their smiles, to be both rewarding and worthwhile … and fun.”