MTSU scholars to be inducted i..

MTSU speaker addresses “Being Young & A...

Nontraditional students to be .. 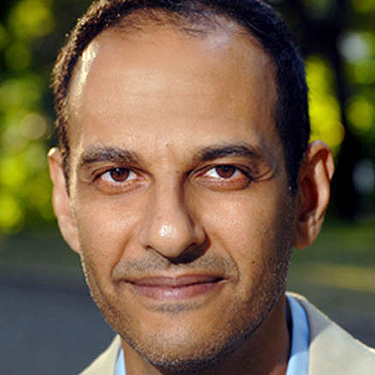 MTSU welcomed a scholar’s perspective on being Arab in America in the second of two “Muslim Journeys” lectures.

Dr. Moustafa Bayoumi presented a lecture, “How Does It Feel to Be a Problem? Arab-American Life and U.S. Foreign Policy,” Nov. 14 in the State Farm Room of MTSU’s Business and Aerospace Building.

Bayoumi, a professor at Brooklyn College, is co-editor of “The Edward Said Reader” and author of “How Does It Feel to Be a Problem? Being Young and Arab in America.” This book, which won the American Book Award, chronicles the lives of seven young Arab-Americans living in Brooklyn in the wake of the Sept. 11, 2001, attacks on America and the heightened surveillance and prejudice they experienced.

Both events were made possible by a grant from the National Endowment for the Humanities and the American Library Association as well as MTSU’s own Distinguished Lecture Fund. The grant makes resources available to represent diverse perspectives on the people, places, histories, beliefs, practices and cultures of Muslims in the United States and around the world.