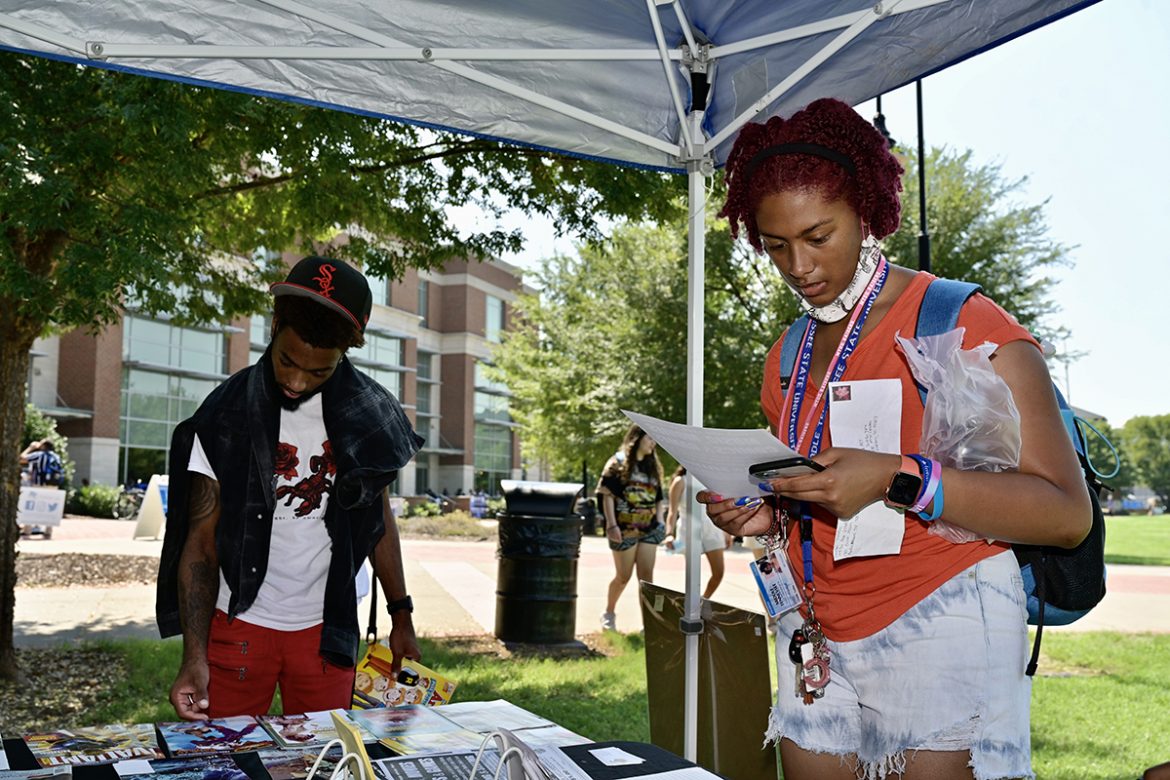 New and returning MTSU students got to know Murfreesboro a bit better this week when portions of the community came to them during the two-day event known as Meet Murfreesboro.

“I like the fact this school wants to get students involved,” said Chelbi Talley, 18, a freshman film and video production major from Memphis, Tennessee, who attended the Tuesday, Aug. 24, event in the Student Union Commons on campus. “It helps freshmen like me learn what’s on campus and in the area.” 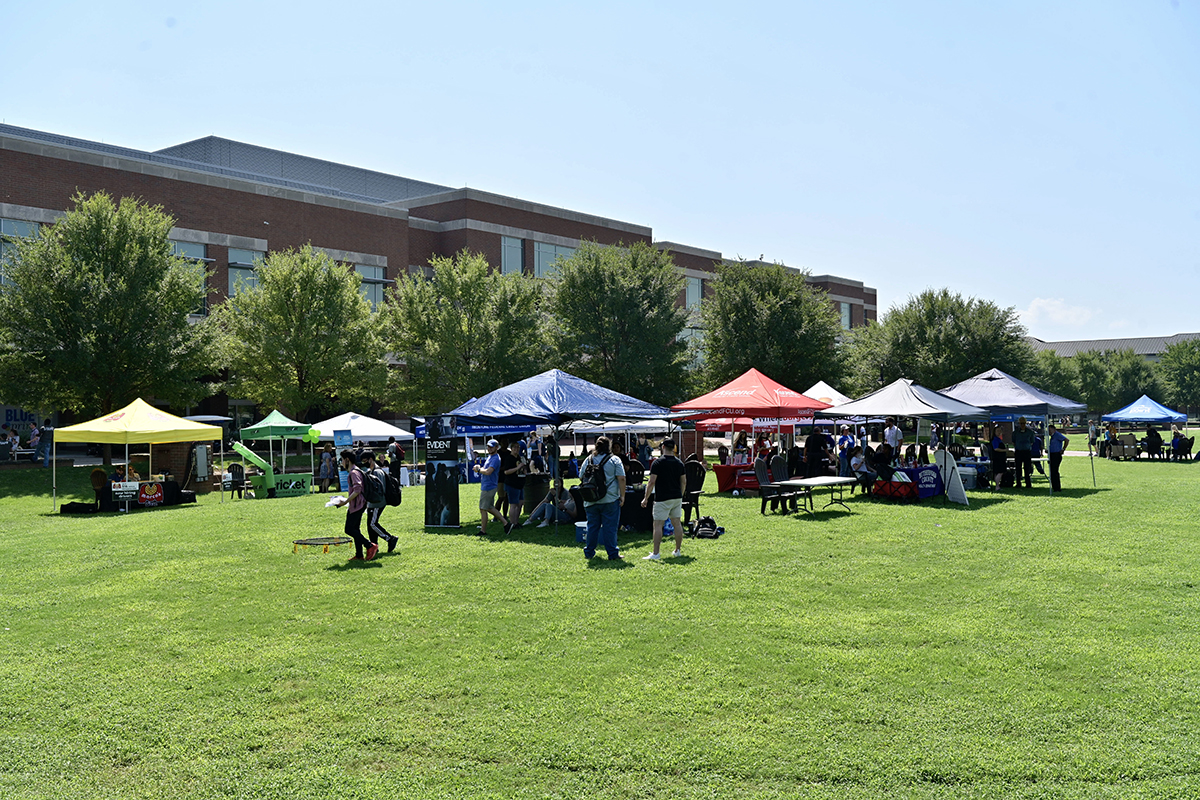 MTSU students, faculty and staff stroll through the Student Union Commons area to visit local vendors participating in the annual Meet Murfreesboro event Tuesday, Aug. 24. At Meet Murfreesboro, new and returning students can learn about a variety of local businesses, including restaurants, and what they have to offer. (MTSU photo by Andy Heidt)

Meet Murfreesboro is an annual two-day session where MTSU students, faculty and staff can learn more about Murfreesboro-area businesses. Day 2 will be from 11 a.m. to 3 p.m. Wednesday, Aug. 25.

McGuire Management Group, which recently partnered with MTSU in a move to get its employees to consider pursuing a degree from the university, also is participating in the event.

Held by the Office of New Student and Family Programs, Meet Murfreesboro is a Connection Point activity, helping new MTSU students get connected and engaged in the campus community. 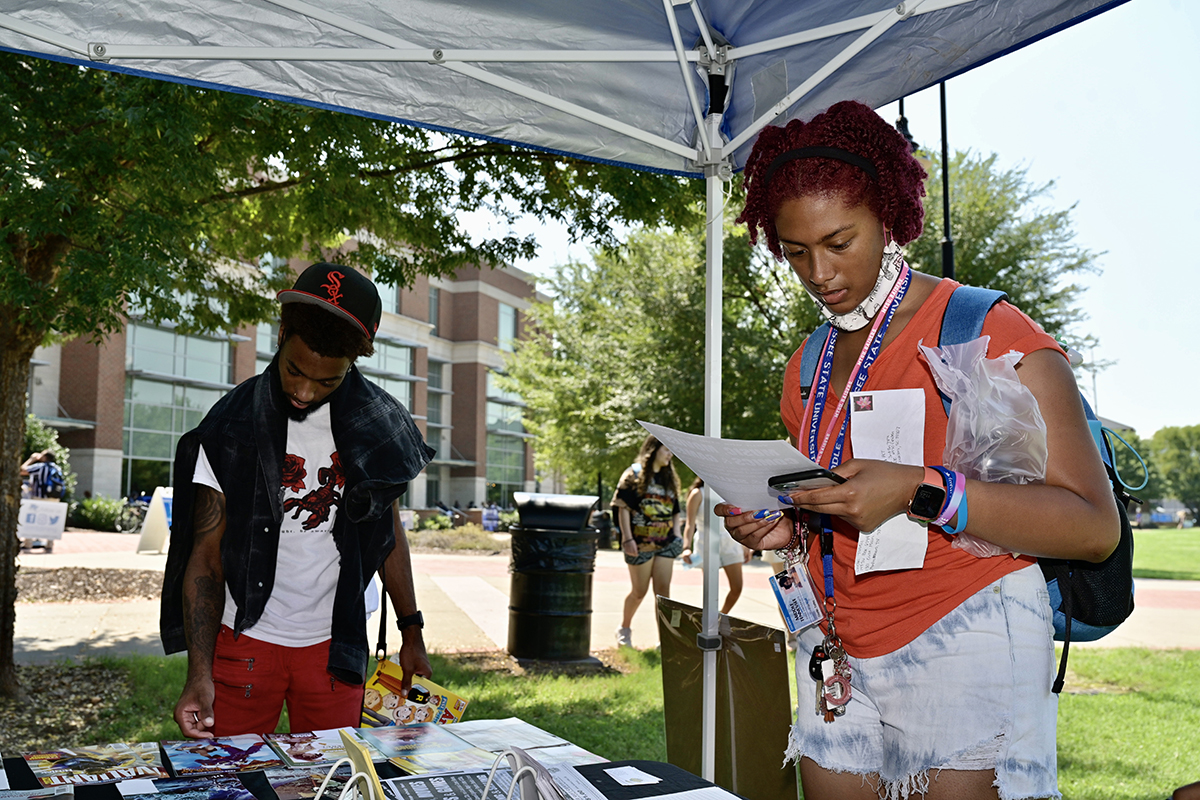 MTSU sophomore biochemistry major Jacorrion Hill, left, of Memphis, Tenn., and freshman film and video production major Chelbi Talley of Memphis check out the comic books and other items available to students at The Great Escape table Tuesday, Aug. 24, at Meet Murfreesboro in the Student Union Commons. The event will take place from 11 a.m. to 3 p.m. Wednesday, Aug. 25, at the same location. (MTSU photo by Andy Heidt) 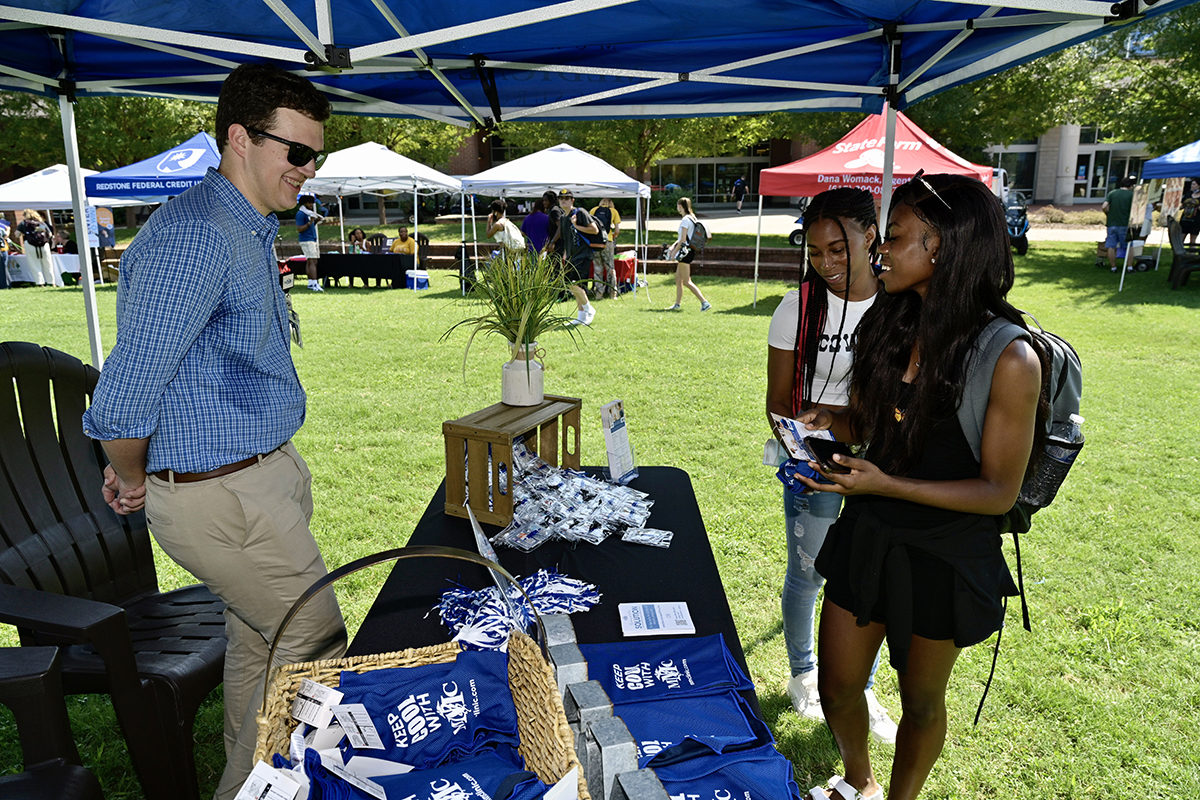