MTSU returns to ACM Awards for.. 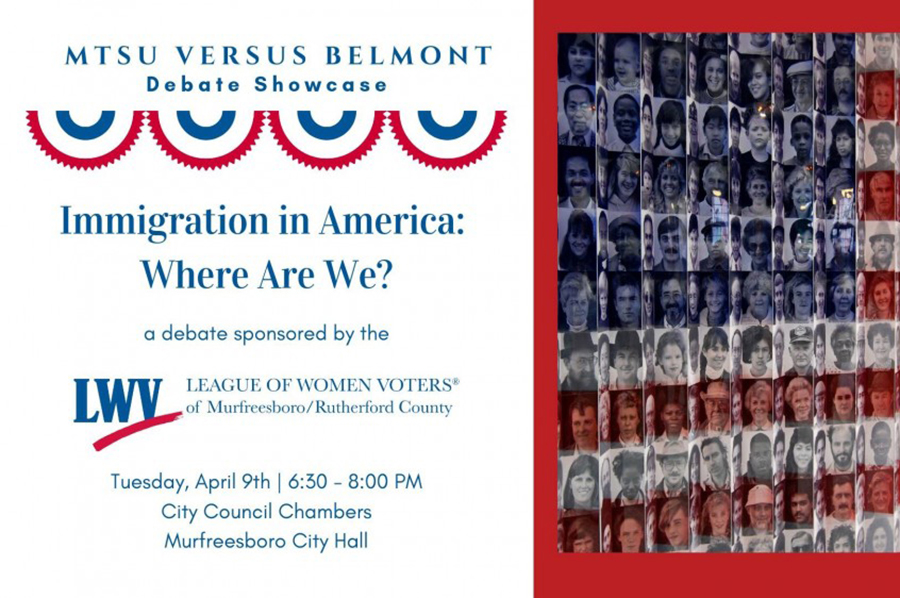 The debate will begins at 6:30 p.m. tonight (Tuesday) in the Council Chambers at Murfreesboro City Hall. Doors open at 6 p.m. This event is free and open to the public.

The area university debaters “will demonstrate exemplary political discourse as they consider issues around the topic of Immigration in America, particularly economic, humanitarian, and safety/security impacts on the state of Tennessee,” according to an LWV news release.

“A cornerstone for these teams is integrity, respect and kindness, as well as preparation on the issues based on current law, history, and more. Both teams will be prepared to argue either for or against the questions presented and will adhere to established rules for arguments and rebuttals in the allotted time.”

The League reminds the public that this debate format does not allow questions from the audience, and that “it is important to note that team members may not be arguing their personal beliefs on any questions considered.”

The League will share its national position on the issue after the debate, organizers said.

For more information about the debate or the League of Women Voters of Murfreesboro/Rutherford County, go to http://www.lwvrutherford.org.

For more information about the MTSU debate team, visit www.mtsu.edu/debate, or contact Richey at Patrick.Richey@mtsu.edu.