City of Murfreesboro urges residents to ‘Be Counte...

City of Murfreesboro urges residents to ‘Be Counted’ in 2020 census 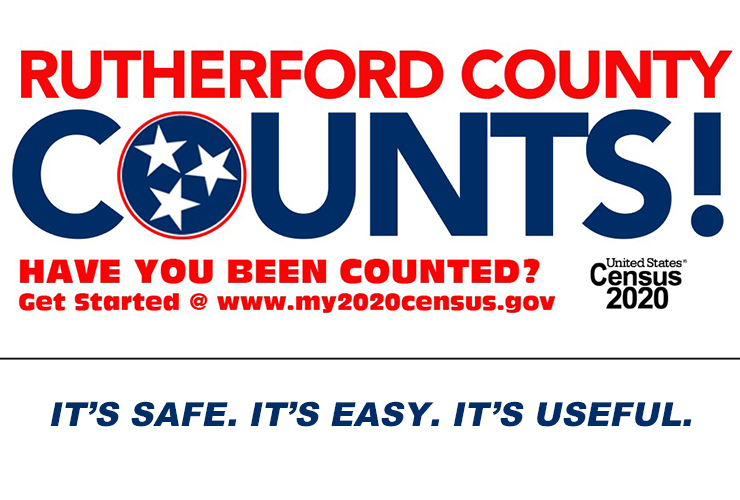 As the community celebrates Independence Day, Murfreesboro residents are reminded to “Be Counted” as part of the 2020 census, a civic duty vital to the community’s financial health and well-being.

As of June 14, 2020, Murfreesboro’s self-response rate to the 2020 census was 61 percent, according to a city of Murfreesboro news release.

Residents are reminded that the census — for the first time ever — can be quickly completed online in minutes. Those who fail to respond online, by phone or mail by the end of July will be visited in-person by federal census takers between Aug. 11 and Oct 31.

Residents wanting to complete the census questionnaire online but can’t locate their census ID can go www.my2020census.gov and follow instructions. Households can also respond by phone or by mail if they receive a paper questionnaire. Watch “Have You Been Counted?,” a CityTV PSA below:

This year’s decennial U.S. census means tens of millions of dollars could be gained for public services such as schools, roads and health clinics for the next decade — if an accurate count is captured of the thousands of new residents that have moved into the community since 2010.

In a year when the coronavirus shuttered businesses and displaced workers, city leaders are urging residents to make sure Murfreesboro and Rutherford County communities receive their proper share of state and federal dollars.

“We want residents to understand the importance of civic responsibility in completing the census and the benefits to the community in which we live, work, and play,” said Mayor Shane McFarland in the release. “The 2020 census is easy, safe and useful. The information shared remains confidential and the funding tied to our count is critical for providing the necessary level of services.”

In March, the U.S. Census Bureau mailed every household an invitation to complete a simple questionnaire, available in multiple languages, about who lived at that address on April 1. Census officials are reminding residents that federal law keeps responses safe and secure.

As mandated by the U.S. Constitution, the census is a once-every-decade count of everyone living in the country, with the results helping to determine how an estimated $675 billion in federal funding flows into states and communities each year, as well as how seats in Congress are distributed among the 50 states.

“In these uncertain times, this federal funding will be critical to help our county and municipalities deal with ongoing issues such as traffic and infrastructure. But we need everyone’s help in making sure this city and county gets our fair share,” added McFarland in the release.

A local Census Complete Count Committee continues working to raise awareness to increase response rates from harder to reach populations such as immigrant communities, homeless residents and Middle Tennessee State University students who may not realize that they should fill out the Rutherford County census form.

While local census committee volunteers had hoped to partner with Census Bureau representatives to share information and reminders in-person at local events, schools and houses of worship, COVID-19 has considerably hampered those efforts. Residents are encouraged to look for census information online and through social media. 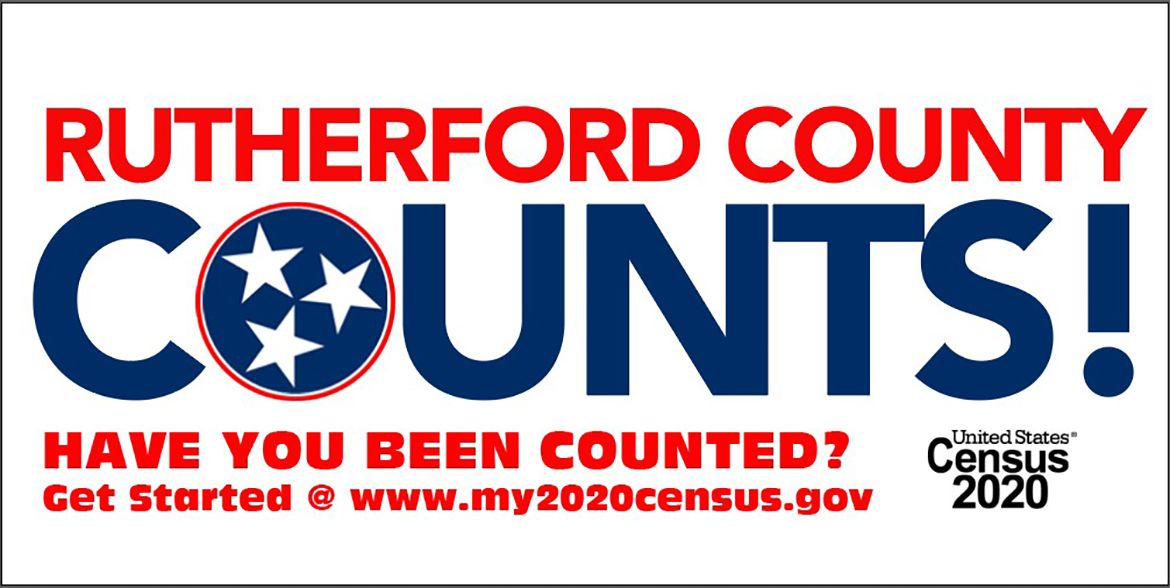