‘MTSU On the Record’ fosters filmmaking in Florenc...

‘MTSU On the Record’ fosters filmmaking in Florence, Italy 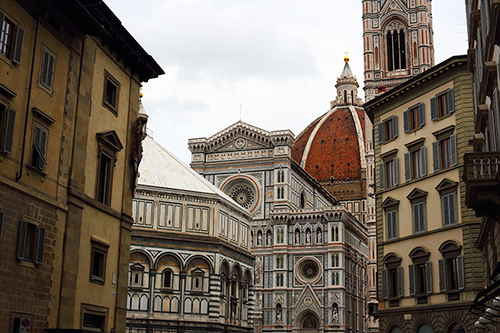 Students interested in becoming the next Sergio Leone or Federico Fellini will have a special interest in a recent “MTSU On the Record” radio program.

Host Gina Logue’s interview with Professor Tom Neff of the Department of Electronic Media Communication aired on WMOT-FM (89.5 and www.wmot.org). You can listen here.

In May, Neff will accompany students to Florence, Italy, to make short documentaries on Italian art that will be entered in film festivals. Neff says scholars from the University of Florence are interested in assisting.

He also says this is an extraordinary opportunity to learn the technical aspects of gathering audio and video well as interviewing techniques and post-production editing.

With Madeline Bell, Neff was nominated for an Academy Award for “Best Documentary, Short Subjects” for “Red Grooms: Sunflower in a Hothouse” in 1987.

Neff and co-executive producer Jimmy Holcomb won an Emmy Award for “Best Documentary” for “Shake Hands with the Devil: The Journey of Romeo Dalliere” in 2006.