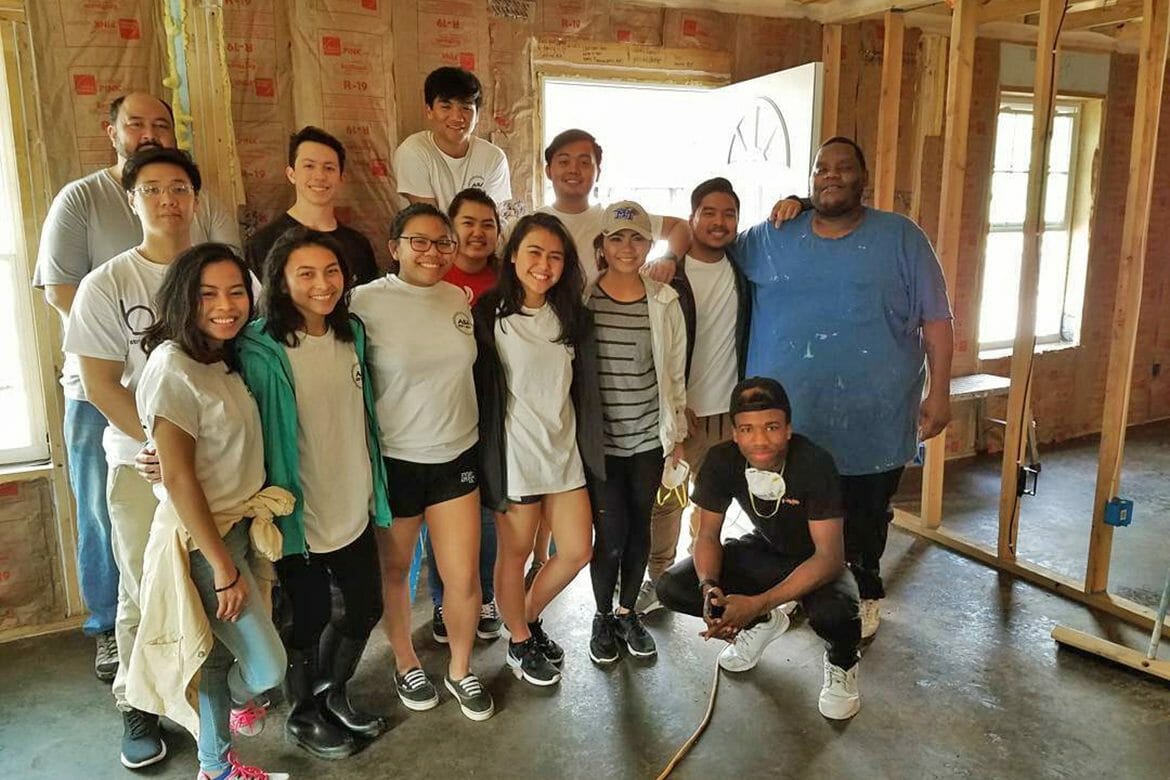 For MTSU rising sophomore Denice Paredes, finding the right student organization to join isn’t always easy. But MTSU’s burgeoning Asian Student Association now provides an opportunity for students who seek a deeper representation of their culture within the fabric of the Blue Raider campus.

“When I came on campus I was trying to figure out what organization I wanted to join,” said Paredes, an aerospace flight dispatch major.”I realized there were a ton of Asian clubs here, and I wanted to broaden that idea by starting the Asian Student Association.”

In addition to creating an alliance for people with similar values and cultural interests, Paredes recently received the Intercultural and Diversity Affairs Student Leader of the Year Award during the Student Government Association‘s end-of-year banquet.

Paredes, a native of the Philippines, was honored for her leadership and hard work in getting ASA off the ground. Daniel Green, director of the Office of Intercultural and Diversity Affairs, who presented the award to Paredes, said he is thrilled by the progress of ASA, now officially 4 months old.

“Denice hit the ground running, and she was so enthusiastic about starting the organization,” Green said. “Once I proposed the idea of ASA to her, she was definitely on board with it.”

Green noted how impressed he was with how many students came to the first ASA interest meeting and that many of those students are still active within the organization.

“We have about 50 students who’ve joined so far. … ASA is for students of Asian descent and for those who want to gain a better understanding of the Asian culture,” he said.

Paredes said the group’s first event “was to get to know each other.”

“From there we’ve built several relationships with each other based on the different Asian areas we come from,” Paredes said. “Recently we had an international potluck with La Comunidad where we set out games and food from different Asian and Hispanic countries.”

La Comunidad is a networking and social organization for Hispanic students on campus.

“Making friends and meeting new people from different backgrounds is my favorite part … this is actually one of the main reasons why I wanted to form this club,” Paredes added.

In this September 2017 photo, members of the Asian Student Association pose for a photograph inside the Student Union Building. (Submitted photo)

ASA also took part in the Rutherford County Area Habitat for Humanity project where students and other volunteers build a Habitat home for a potential homeowner.

Paredes served as the Asian Student Association president from January until early April and is now passing the torch to MTSU junior Yer Xiong so that she too can also take advantage of the cultural and leadership experiences of the position.

“This is a learning experience … there’s one student I met who is Hmong and I’ve learned different cultural backgrounds from her,” Paredes said.

While Green initially served as ASA’s adviser to help establish the organization, he will cede that role to Dr. Zeny Panol, associate dean of MTSU’s College of Media and Entertainment.

For more information about Asian Student Association, contact Green in the Center for Student Involvement and Leadership at 615-898-5812 or email daniel.green@mtsu.edu.

In this spring 2018 photo, members of the MTSU Asian Student Association and other volunteers pause for a photo during a Rutherford County Area Habitat for Humanity project. (Submitted photo)