MTSU turns to Butler for research, College of Grad... 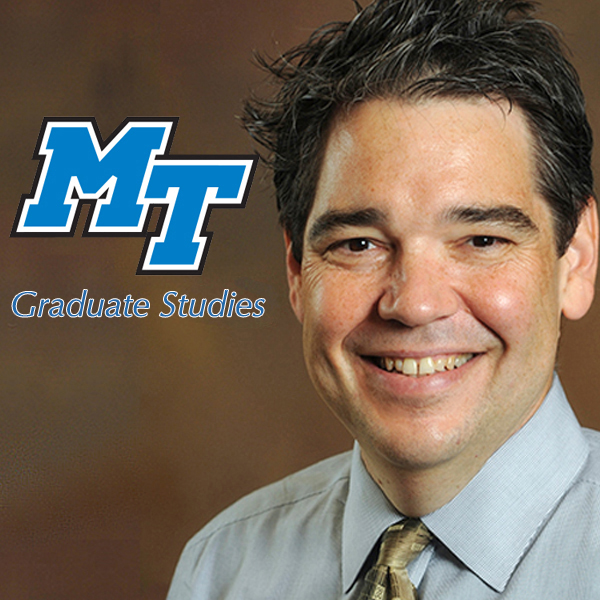 Middle Tennessee State University’s future academic growth and challenges in its College of Graduate Studies and research efforts will rest in the hands of Dr. David Butler.

Butler, who officially begins at MTSU, Jan. 1, 2017, comes from the University of Southern Mississippi, where he has served as chair in the Department of Political Science and director of the doctoral program in international development.

A native of Houston, Texas, Butler will fill the dual position previously held by Dr. Jackie Eller, who served in an interim capacity for more than two years. Eller will return to the Department of Sociology as a professor in January.

“Dr. Butler has a wide range of experience in research, grant work, teaching and service,” said Byrnes, who recently announced the appointment to faculty and the rest of the university community.

“He will bring great enthusiasm and energy to his new role. I have no doubt he will help make our graduate and research efforts even more successful.”

The MTSU College of Graduate Studies, considered a leader in graduate education in Tennessee, provides academic, financial and other support services for graduate students while upholding academic standards. More than 100 programs of study are offered to students.

Butler will provide visionary leadership to advance MTSU’s research and graduate education mission, develop and implement strategies for achieving the university’s research goals, and formulate and promote scholarship and creative work at the highest levels.

His responsibilities also include developing recruitment, strategy and marketing of the graduate programs; providing quality graduate programs and develop policies and procedures governing the recruitment, admission, support and education of graduate students; working with the other colleges to increase external research funding; and providing oversight for the Office of Research Services.

Butler said he’s “excited about joining the MTSU family” as vice provost for research and dean of graduate studies.

Despite the political science career background, Butler’s three degrees have a heavy concentration in geography.

Butler has led or been involved in 14 projects since 2002 that received nearly $2.8 million in funding. He has authored and co-authored numerous peer-reviewed articles, book chapters and reports.

“My success in grant writing is because I failed over and over again and did not give up until I learned how to succeed,” Butler said. “I bring that experience to help other MTSU faculty succeed in obtaining grant dollars to fund their exciting research whether that is in the sciences, social science, humanities, business or art.”

Butler said his career goal was to become a successful researcher with grant funding supporting his efforts.

“I have met and exceeded that goal, and now I am interested in helping others achieve the same success, or ideally more success, than I have to date,” he said. “Equally, I enjoy building graduate programs and seeing students succeed, so I am thrilled to be able to work with faculty and directors of graduate programs and department chairs to help them succeed to their fullest potential.”

Butler emphasized that he will “have a team of folks in both the graduate college, and also the Office of Research, who will assist me in making the vision a reality. I am looking forward to leading the people on my team to assist university faculty to succeed.”

Soon after Butler starts in January, MTSU will reopen the renovated Wiser-Patten Science Hall and Davis Science Building to join the $147 million Science Building, which opened in 2014. The reopenings will further enhance student and faculty research capabilities on campus.

Butler has an MTSU-Southern Mississippi connection in USM President Rodney D. Bennett. Bennett is an MTSU alumnus who earned three degrees — education specialist, master’s in educational administration and bachelor’s in mass communication — from the university.

An avid college football fan, Butler said he will be a part of Blue Raider games in the fall. He also has become a runner and plans to compete in his first marathon in 2017.

Byrnes thanked Eller “for her commitment to MTSU and her dedicated work as interim vice provost for research and dean.”