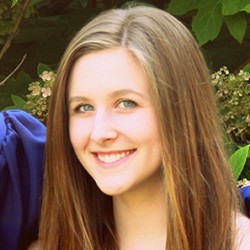 An MTSU student who will study in Rwanda this fall explained her unusual choice of destinations during a recent edition of on “MTSU On the Record” with host Gina Logue on WMOT-FM (89.5 and www.wmot.org).

Brentwood native Kaity Newman, who is majoring in both philosophy and international relations, says she became interested in the African nation after viewing a documentary.

Newman says she made her unique study-abroad decision after Carl Wilkens, director of “World Outside My Shoes,” visited the MTSU campus last March.

You can listen to Newman and Logue’s conversation here.

Wilkens, the only American to remain in Rwanda after the genocide began in 1994, convinced Newman that the country has made enormous progress in the past 18 years.

You can watch a video of Wilkens’s MTSU lecture here. You also can listen to a podcast of Wilkens’s appearance on “MTSU On the Record” at http://mtsunews.com/rwanda-revisited.

To listen to previous “MTSU On the Record” programs, go to the “Audio Clips” archives here.