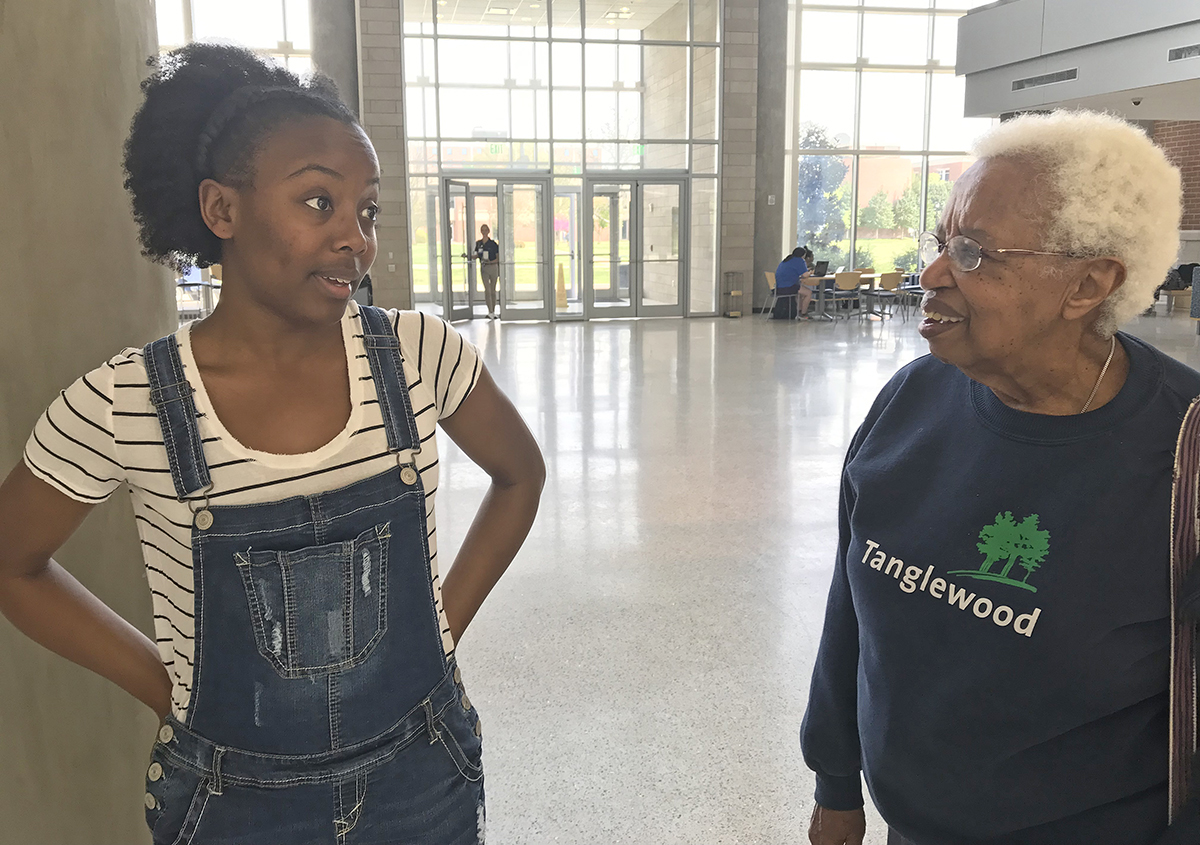 Noted chemist Jeanette Brown, right, met junior biochemistry major Alexah Lyons of Murfreesboro during a recent campus visit in the Science Building. Lyons told her of plans to one day be a physician’s assistant. (MTSU photo by Randy Weiler)

Talking with students, staff, faculty and administrators, Brown said chemistry is a field “you can use anywhere” (she said several in Congress are chemists) and there “will be jobs in the chemistry field we don’t even know about yet. You can’t just focus on one job because something else might come up entirely different than what you’re doing now.

Discussing today’s college students and their pursuit of chemistry, Brown said she had “talked to students at a two-year college recently and many of them don’t know what they want to do. I don’t know if they’re focused or not or if it’s hard for them to focus. By the time you get to be a junior, you should know what you want to do, otherwise your parents are going to pay more money for you to go to college.”

Brown was visiting MTSU as part of her trip to Nashville, Tennessee, to be the keynote speaker at the annual Nashville Local Section of the American Chemical Society’s awards and recognition banquet. 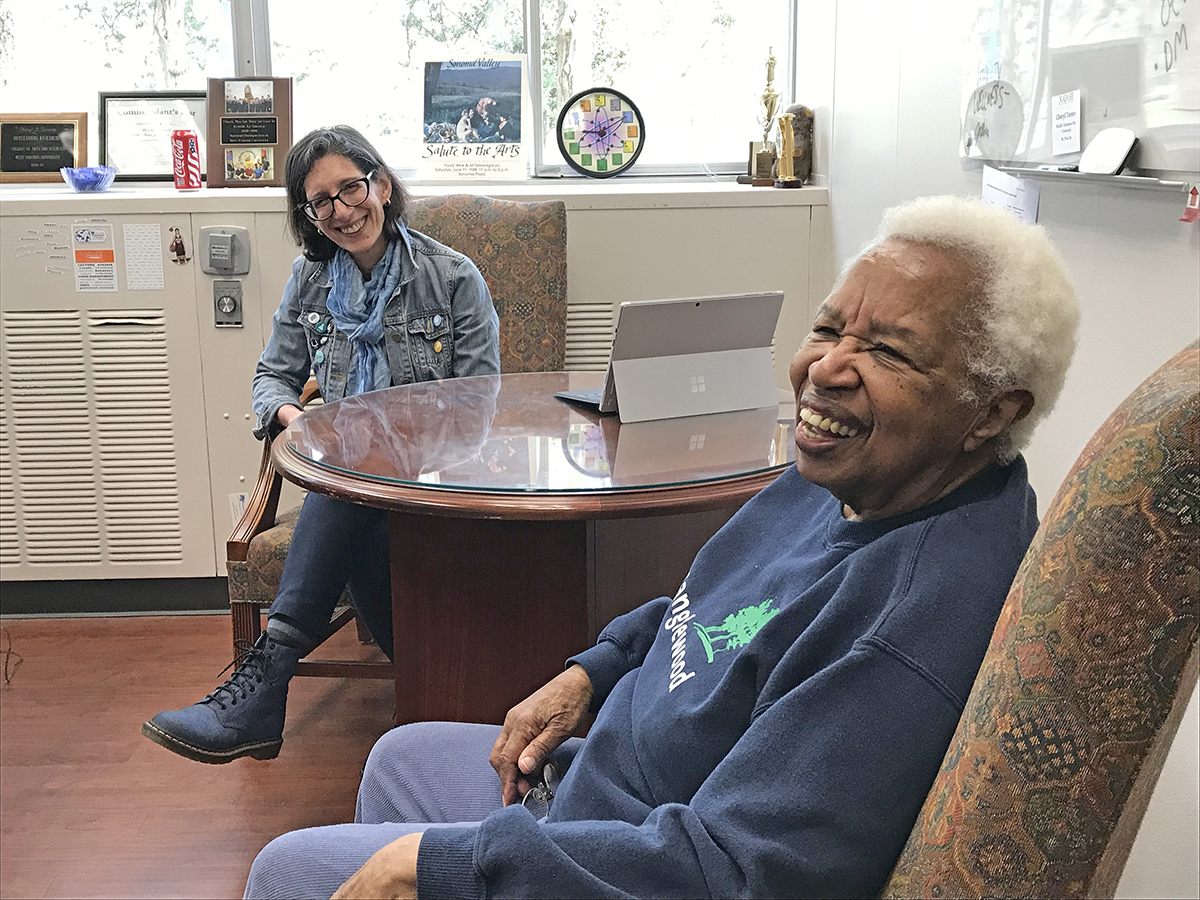 Cheryl Torsney, left, MTSU vice provost of Faculty Affairs, shares a laugh with Jeanette Brown, who is considered one of the nation’s leading chemists in her field and author of two books about African-American women chemists. After a speaking engagement in Nashville on April 10, Brown visited MTSU the next day and met with students and administrators. (MTSU photo by Randy Weiler)

Before heading to Atlanta, Georgia, to catch Amtrak to return home, Brown revisited the Science Building, where she met junior biochemistry major Alexah Lyons, 21, of Murfreesboro, who told Brown about her career ambition to be a physician’s assistant.

One MTSU graduate student, Akhila Aileni Gadila, picked her up in Atlanta and drove her to Nashville, where she also spent time with Vanderbilt University students. Another grad student, Adekunle  Akinmola, drove her from MTSU to Atlanta at the conclusion of her visit.

MTSU has more than 300 combined undergraduate and graduate programs. Chemistry is one of 11 College of Basic and Applied Sciences departments.