Officials with the MTSU Campus Pharmacy, assisted by a student and administrator from the Lipscomb University College of Pharmacy, collected more than 51 pounds of unwanted drugs dropped off by the public Tuesday (April 23) near the pharmacy’s drive-thru on the east side of campus.

More than 20 pounds of over-the-counter medications, 27 pounds of prescription drugs and 3.6 pounds of controlled substances were taken in by the MTSU pharmacy and Campus Police in the first of two annual events to coincide with National Prescription Drug Take-Back Days held every spring and fall. 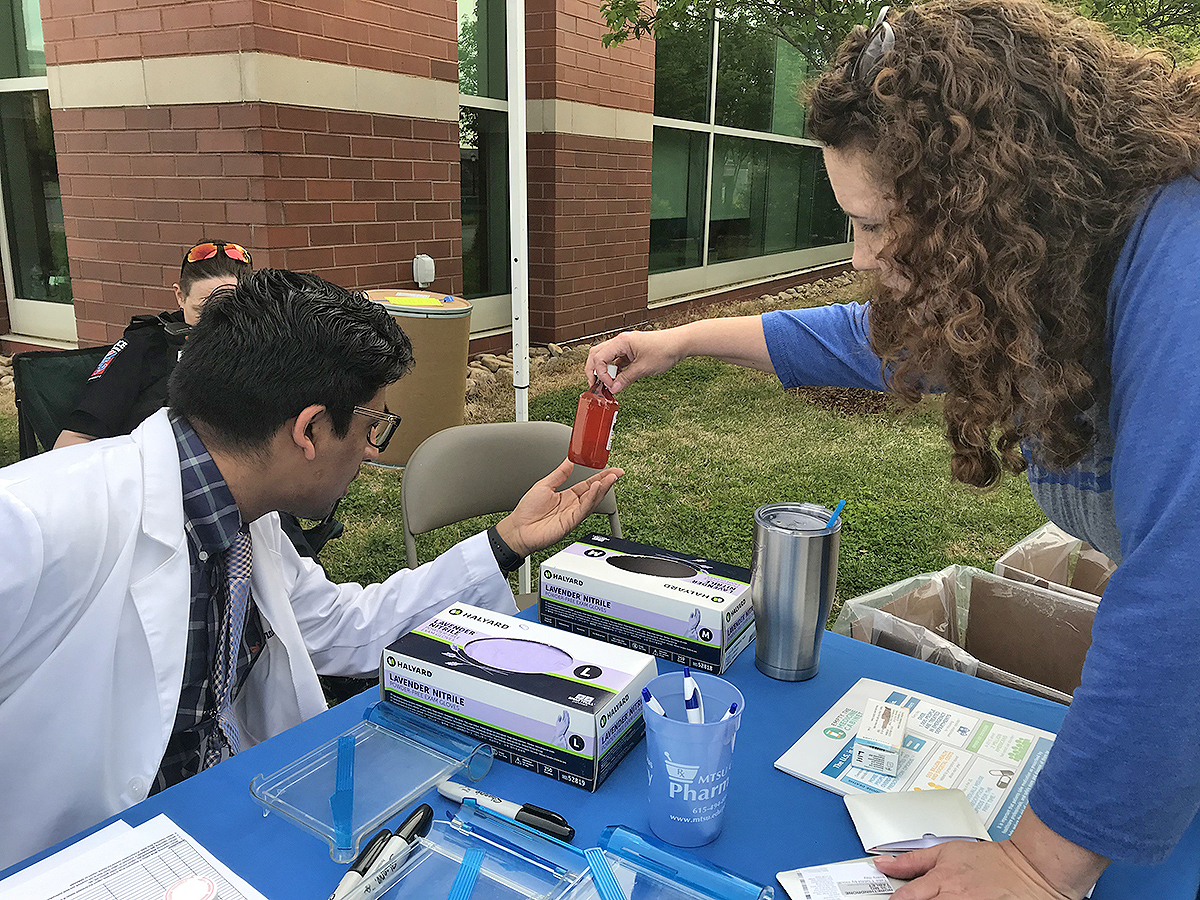 Lipscomb University College of Pharmacy second-year student Chintan Patel, left, and MTSU Campus Pharmacy pharmacist Tabby Ragland inspect the quantity of the medicine left inside the bottle dropped off Tuesday, April 23, during the MTSU Prescription Drug Take-Back Day. They collected more than 51 pounds of unwanted medications by the end of the event. (MTSU photo by Randy Weiler)

Expired, unused, and unwanted prescription and over-the-counter medicines were accepted during the MTSU drive, held from 7:30 a.m. to 1 p.m.

“We have a great relationship with MTSU,” Young said of the partnership that dates back many years. A Woodbury, Tennessee, native, Young has known Campus Pharmacy pharmacist Tabby Ragland, MTSU Student Health Services Director Rick Chapman and other area pharmacists for years as a past president of the Rutherford County Pharmacists Association. Young attended MTSU for his pre-pharmacy courses.

Ragland said the items arrived “in spurts” — especially early morning as people drove to work and at lunchtime — during the 5½ -hour collection period.

She added that by noon 16 lockable drug cabinets had been given away through a small grant obtained by Lisa Schrader, director of Health Promotion. 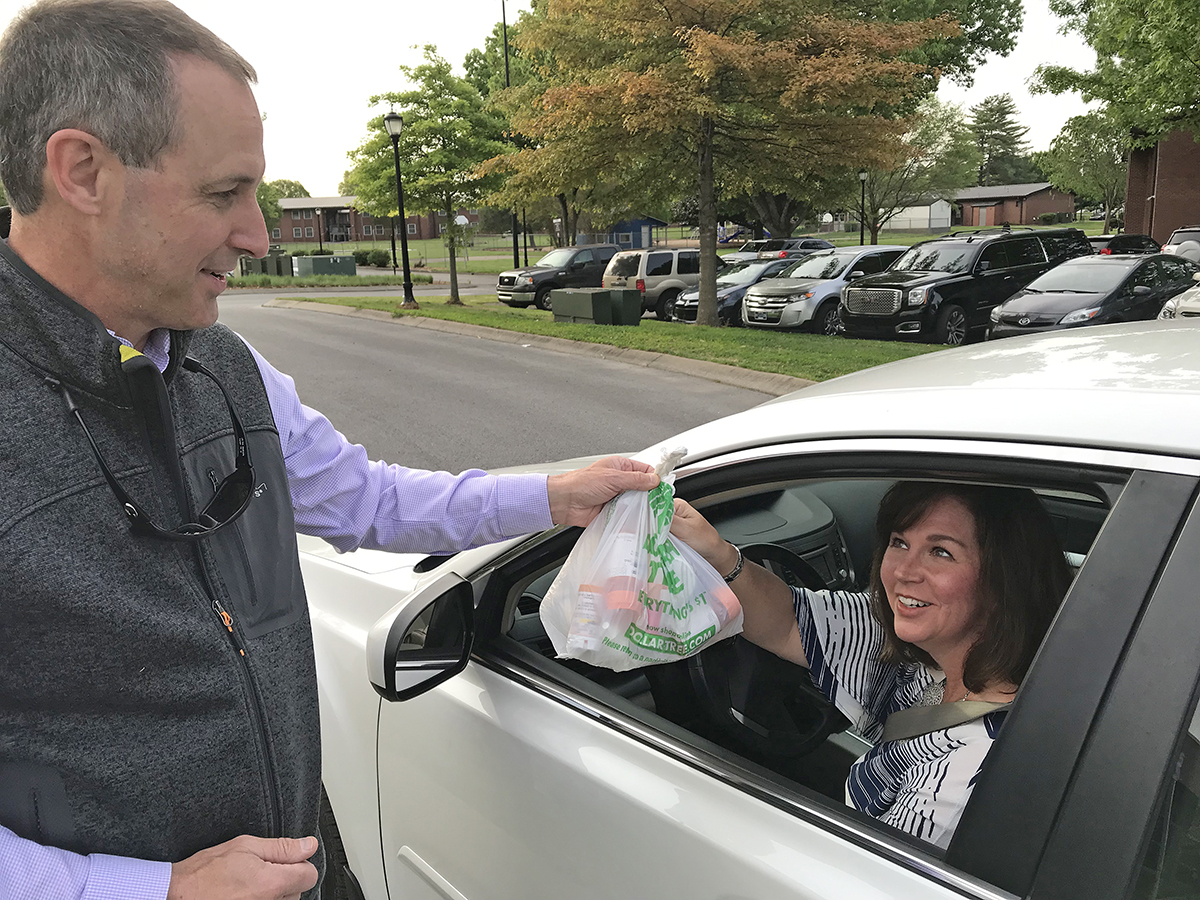 Greg Young, left, associate dean with Lipscomb University’s College of Pharmacy, accepts a bag of unwanted medications from Kristin Wells, MTSU development director for the College of Behavioral and Health Sciences, Tuesday, April 23, near the Campus Pharmacy drive-thru outside the Student Health, Wellness and Recreation Center. MTSU and Lipscomb partner to collect and document the medicines two times a year during the MTSU Prescription Drug Take-Back Day. (MTSU photo by Randy Weiler) 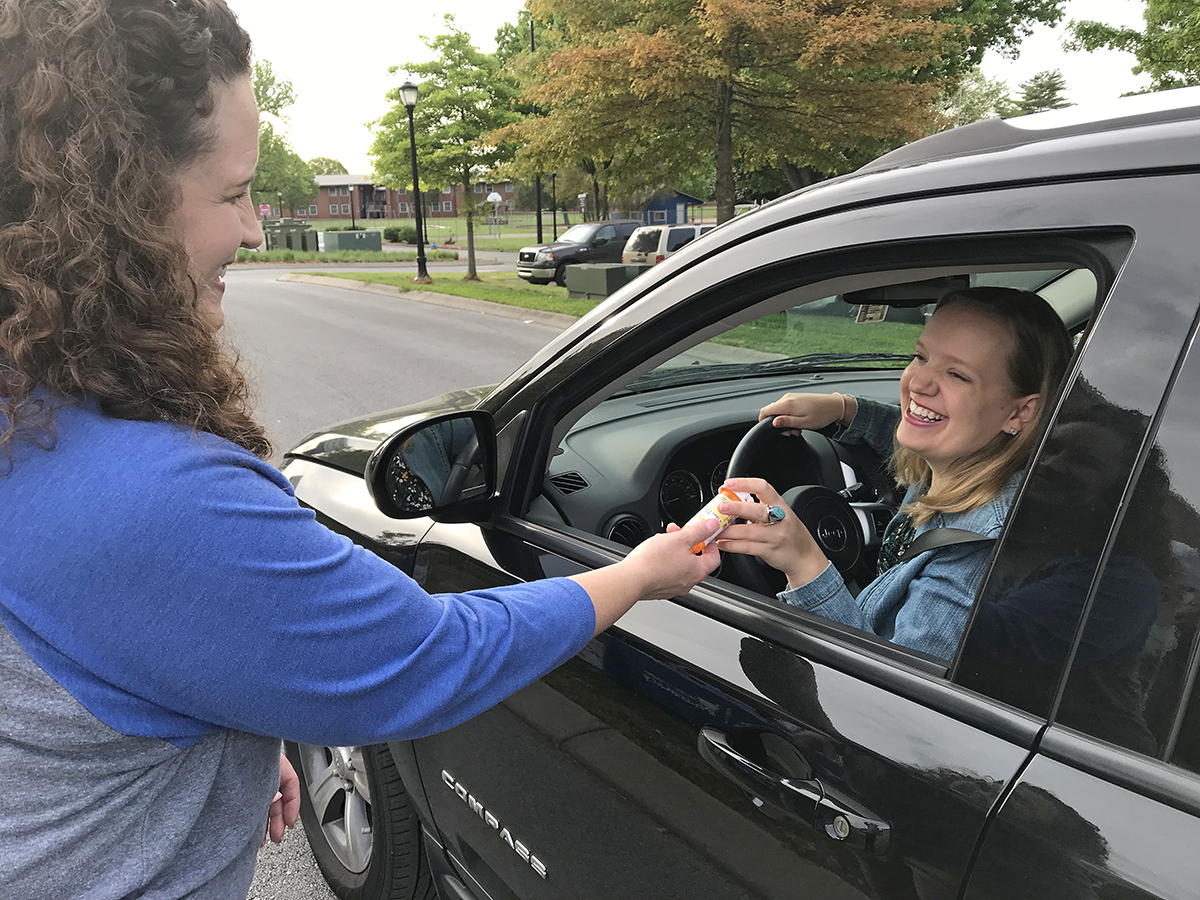