MTSU School of Nursing collects shoes for heart he...

‘MTSU On the Record’ inspects ..

The disposal of footwear could mean a big step forward for a worthy cause if the MTSU School of Nursing has its way.

The school is collecting shoes in August and September to earn funds from Funds2Orgs based on the total weight of gently worn, used and new shoes collected. The money will be donated to the American Heart Association.

As for the shoes, they will be redistributed throughout Fund2Org’s network of small business partners. Fund2Org works with microbusinesses in helping them grow their enterprises in developing countries where economic opportunity and jobs are limited. Proceeds from the sale of the shoes will be used to feed, clothe and house families.

“We know that most people have an extra pair of shoes in their closets that they have not worn in a while,” said Barbara Lancaster, an assistant professor of nursing.

Shoe donations can be dropped off at Room N241 in the Cason-Kennedy Nursing Building or at Classic Cuts, 235 Mayberry St. in Sparta, Tennessee.

“It is a win-win situation for everyone,” Lancaster said. “Let’s clean out our closets and help our neighbors in developing countries.” 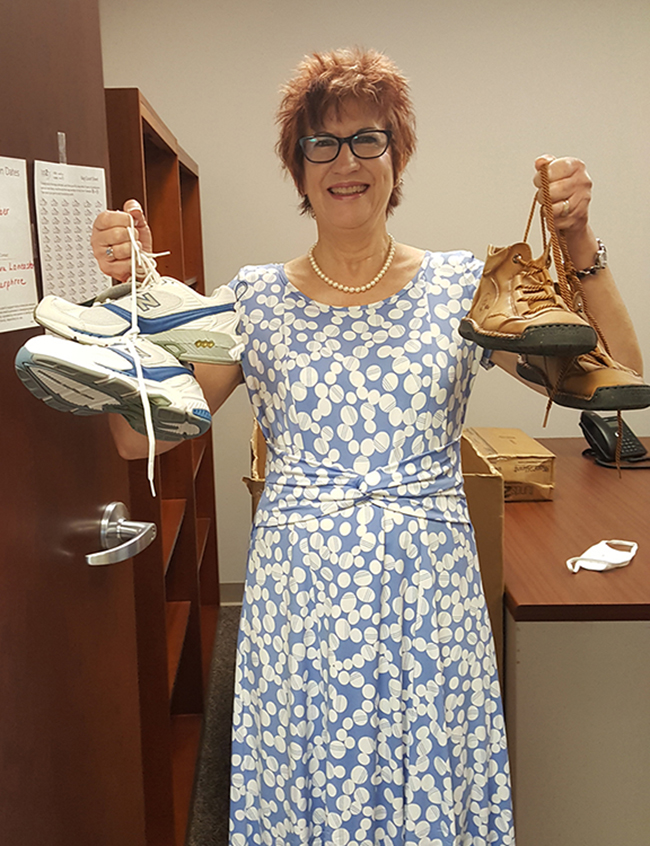 Dr. Barbara Lancaster, an assistant professor of nursing, holds some shoes donated as part of a drive to collect shoes for people in developing nations. Money based on the weight of the shoes and provided by Fund2Org will be donated to the American Heart Association. (Photo submitted)