200-plus community voices unite Sept. 18 for Beethoven’s ‘Ode to Joy’ 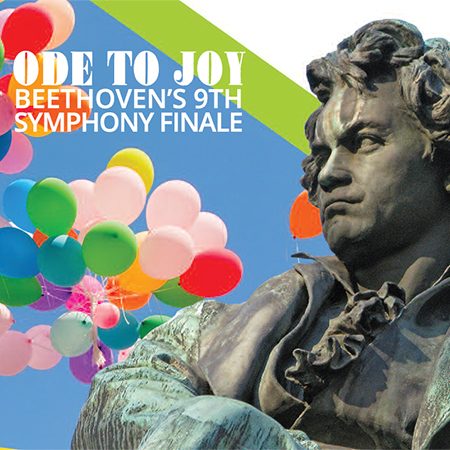 More than 200 of Middle Tennessee’s finest musicians are bringing a joyful noise to the community Sunday, Sept. 18, with a special MTSU Presidential Concert featuring the final movement of Ludwig von Beethoven’s immortal Ninth Symphony — the “Ode to Joy.”

Tickets for this MTSU Arts production, which is sponsored by the Office of the President, MTSU and the Middle Tennessee Choral Society, are $15 general admission, $12.50 for seniors and $10 for children 12 and under. You can purchase tickets online at https://mtchoralsociety.org.

Beethoven’s Ninth Symphony, finished in 1824, is the composer’s final completed symphony and is considered one of the greatest works in musical history as well as one of the most played.

The words, which originated in a poem by German poet, playwright Friedrich Schiller, are sung by a chorus and four soloists in the final movement. The work is the first example of a major composer using voices in a symphony.

Pianist Arunesh Nadgir, coordinator of keyboard studies for MTSU’s School of Music, also will present Edvard Grieg’s “Piano Concerto in A minor” during the Sept. 18 concert.

“We are very proud to present the ‘Ode to Joy’ as our concert season opener with Dr. Nadgir’s concerto,” said Dr. Raphael Bundage, a professor of vocal performance in MTSU’s School of Music and Choral Society music director/conductor.

The Sept. 18 concert launches another busy 2016-17 season for the Middle Tennessee Choral Society.

The annual performance of Handel’s “Messiah,” set Monday, Nov. 28, marks the 32nd anniversary of the group’s presentation of the beloved holiday oratorio.

“Messiah” will be presented at 7:30 p.m. Nov. 28 at First United Methodist Church. Tickets for that concert, which also will feature a professional orchestra and MTSU student and faculty soloists, also are $15, $12.50 and $10 per person.

On Feb. 26, the MTSU Concert Chorale and Middle Tennessee Choral Society will present “Choruses and Arias: From Broadway to Opera,” featuring music from George Gershwin, Cole Porter and Giacomo Puccini.