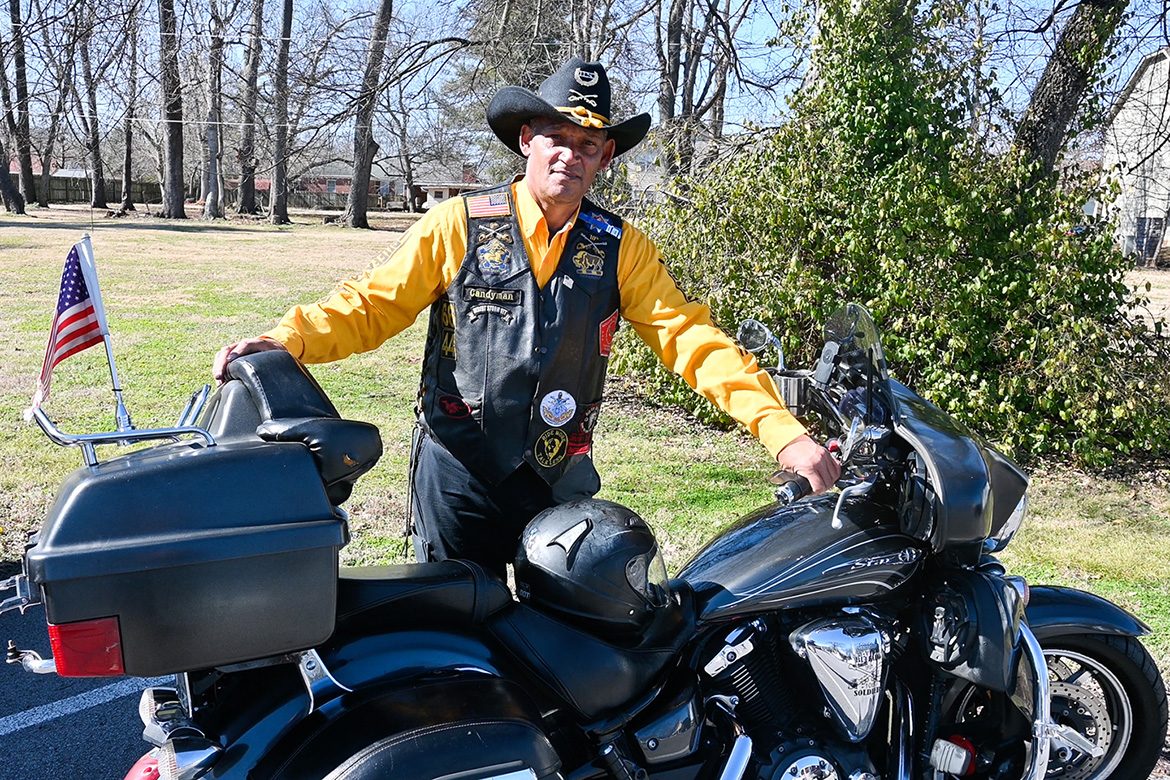 A 20-year MTSU Police officer, Leroy Carter sails down highways across the nation throughout the year with Black history as a precious passenger as a member of the Nashville chapter of the Buffalo Soldiers and Troopers Motorcycle Club. 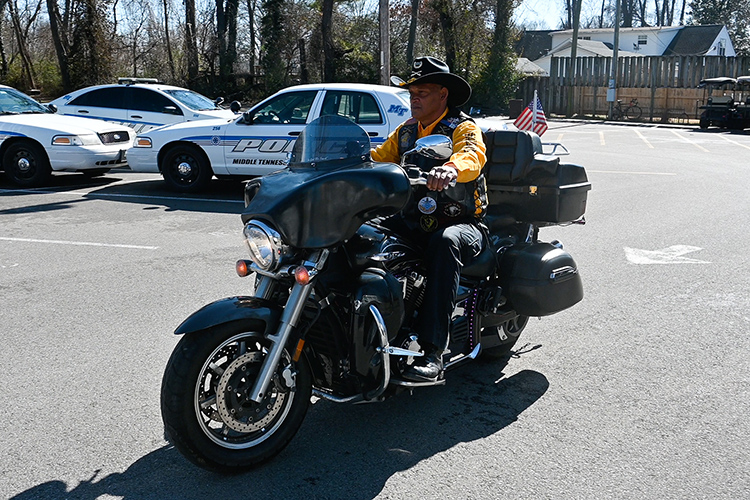 As the world’s largest African American motorcycle organization, the Buffalo Soldiers give back to the community through charity work and informing the public on a topic most know little about: Black American history, including the post-Civil War cavalry regiments for which the club is named. 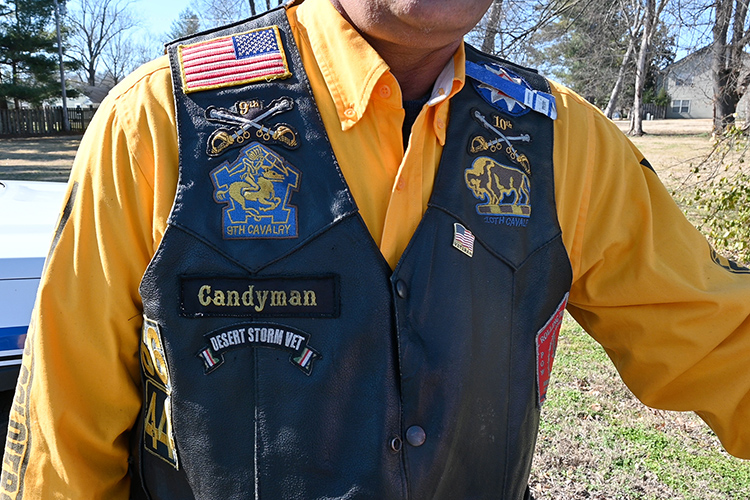 The motorcycle club began in Chicago, Illinois, in the early 1990s and took on the name “Buffalo Soldiers” to honor the 9th and 10th all-Black cavalry regiments in the U.S. Army and other Black military contributions. The nickname of the original regiments harkens to their battles against Native Americans out West during the 19th century.

A military veteran himself, Carter is passionate about the club and its history, able to cite specific dates and historical figures of the Buffalo Soldiers by rote, from the year the regiments originated (1866) to the earliest Black graduates of West Point (like Charles Young). The club even has Buffalo Soldiers and Black history-themed decks of cards that members hand out to the public to further spread the stories of Black military history.

Carter and other bike club members teach their communities about Black history by guest speaking across the region and answering questions about the group whenever they interact with the public, he said. Club members range from police officers like himself to practicing attorneys and retired executives, all with a love for community service and African American history.

“In today’s society, the younger generation don’t know what happened,” he said. “This is bringing knowledge to them…. We do this all year long.”

Carter’s riding name is “Candyman” after his doppelganger, actor Tony Todd in the “Candyman” film series, and his “iron horse” of choice is a 2012 Yamaha V Star 1300 Tourer. 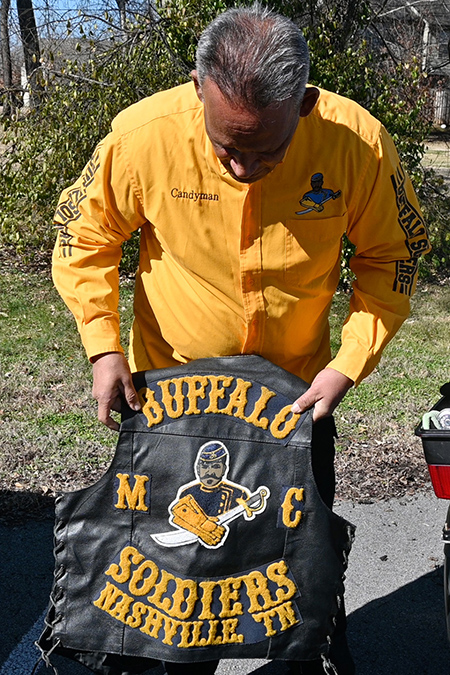 Before joining the Buffalo Soldiers, Carter had been riding with other organizations, law enforcement and military affiliated, he said. Seeing the club members on the road in their signature black and gold vests inspired him to learn more. The club now has 120 chapters to date including chapters in Hawaii and South Korea.

He will be a four-year member this July.

Daniel Lewis, born in Humboldt, Tennessee, is secretary for the Nashville chapter of the Buffalo Soldiers and goes by the riding name “Deacon.”

After developing a joy for riding motorcycles, he wanted to find a group of like-minded individuals to ride with, he said. Lewis ended up coming across a Buffalo Soldier at a gas station in Cookeville, Tennessee.

“He talked with me about the organization and its purpose,” Lewis said. “After talking with him, I knew this was the club for me. The club embraced riding, education and family. (Now) as a full-patch member of the organization, everything discussed on that day has been true.”

Lewis echoed Carter’s sentiments that Black history is not relegated to one month for the club.

“When we ride, people stop to ask about the name ‘Buffalo Soldier,’ and we educate them,” Lewis said. “Our creed commands us to educate the general public about the rich history of the 9th and 10th Cavalry Buffalo Soldiers. It is awesome that the nation recognizes a set timeframe for everyone to celebrate (their) legacies, and we celebrate and educate all year.”

To learn more about the Buffalo Soldiers and their history, visit the Nashville chapter website and the national association website. 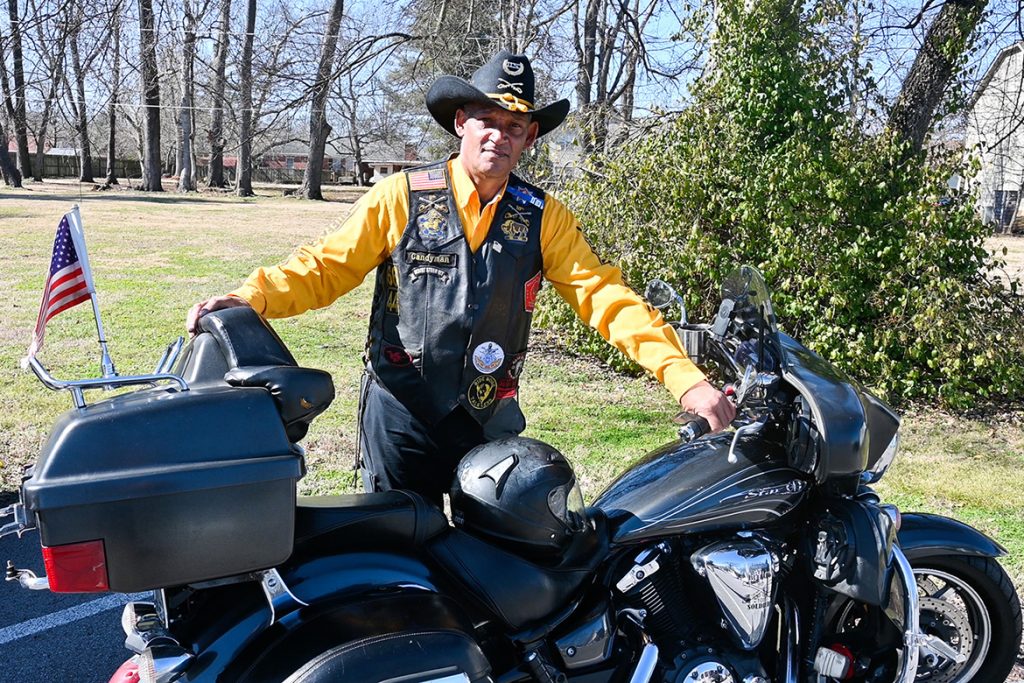