In the News: Homelessness, whi.. 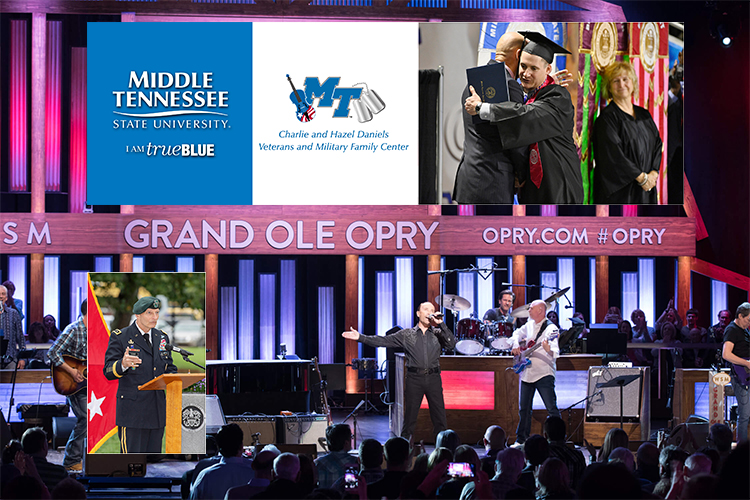 NASHVILLE, Tenn. — The Charlie and Hazel Daniels Veterans and Military Family Center at Middle Tennessee State University will be in the Grand Ole Opry’s spotlight Tuesday, May 21, as part of the iconic country radio show’s salute to service members.

The special “Salute the Troops” Opry performance, set for 7 p.m. at its stage at 2804 Opryland Drive in Nashville, is slated to include artist Trace Adkins, Brantley Gilbert, Lee Greenwood, Craig Morgan, The Wild Feathers, Travis Denning and Mark Wills.

Retired U.S. Army Lt. Gen. Keith Huber, MTSU’s senior adviser for veterans and leadership initiatives, will be a guest announcer for the final 30 minutes of the two-hour show. 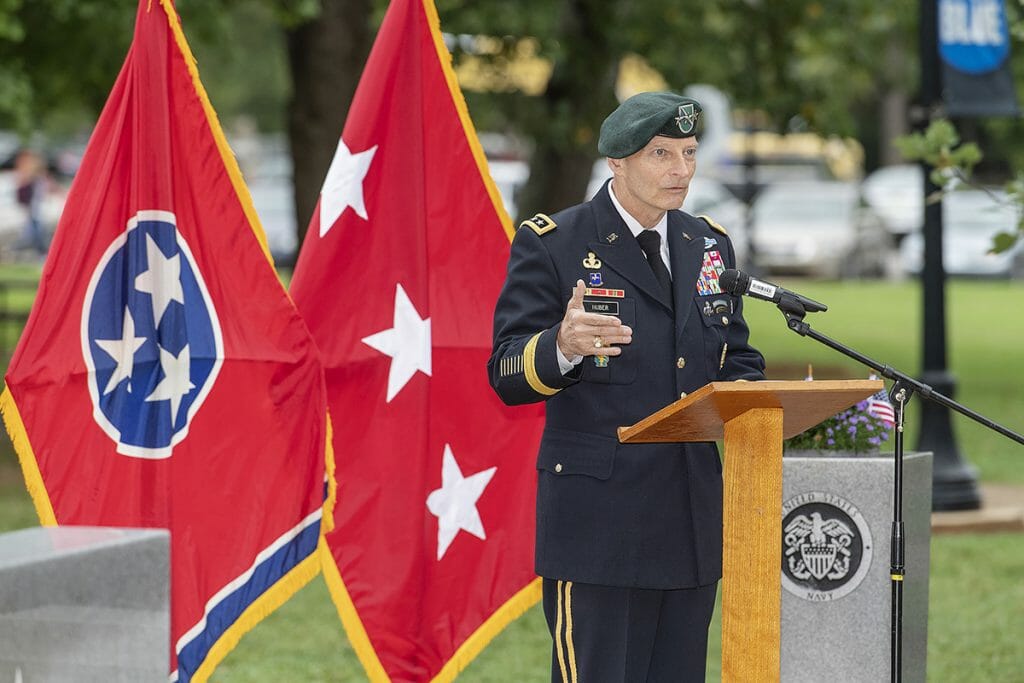 It can be heard at opry.com. and wsmonline.com, Opry and WSM mobile apps, SiriusXM Satellite Radio, and its flagship home, 650 AM-WSM.

Huber said Tuesday’s show marks MTSU’s first collaboration with the Opry’s annual salute to veterans. The general said he plans to promote the Daniels Center’s unique outreach and support of student-veterans during his stint as a guest host.

“This is a remarkable opportunity to spread the word about the unique and effective support that MTSU provides student veterans through the Daniels Center,” Huber said. “I am honored to represent our university as part of the Opry’s recognition of those who have served our nation in uniform.”

The event honors active duty and veterans as well as military family members.

Opry spokesman Dan Rogers said the show “appreciates the great work of the Daniels Center and [we] are so pleased to partner with its staff on this special Opry performance.” 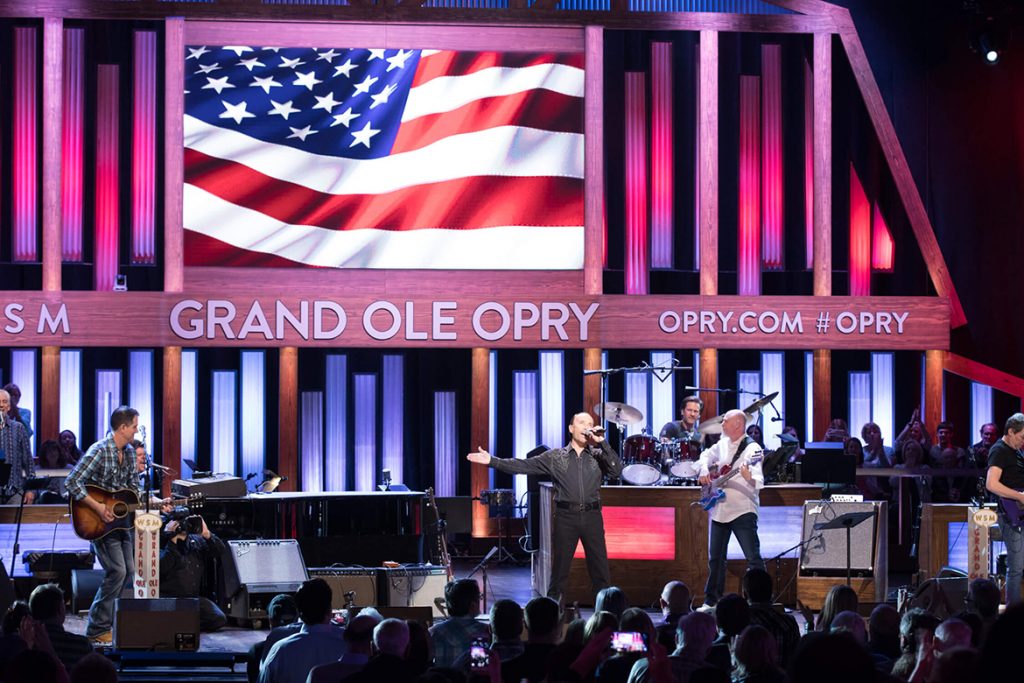 Country music singer Lee Greenwood, seen in this file photo, is among the artists scheduled to appear at Tuesday’s Salute the Troops performance at the Grand Ole Opry. (Opry photo by Chris Hollo)

Combat veteran Jay Strobino, a Silver Star recipient whom Huber and Daniels Center Director Hilary Miller aided in graduating from MTSU in December 2018, will also appear as a guest announcer at Tuesday’s event, representing the Transition to Trades program by Hiller Plumbing, Heating, Cooling and Electrical.

A World War II sailor, 95-year-old Ernie Andrus, is set to lead the red-carpet parade of fellow military men and women into the Opry House before the evening’s performance.

In 2016, Andrus became the oldest person ever to run across America, journeying from San Diego, California, to Saint Simons Island, Georgia. Last month, he began a second run across the country, beginning in Georgia with a planned finish in California after his 100th birthday.

The public is invited to cheer on the honored red-carpet parade guests before the evening’s show. The Daniels Center will have an information table set up in the Opry Plaza, in front of the show’s entrance, from 5 to 7 p.m.

Remaining show tickets are available at 615-871-OPRY and opry.com.

The Daniels Center, named for country music legend and patron Charlie Daniels and his wife, Hazel, is the largest and most comprehensive veterans center on any Tennessee higher education campus. It enables MTSU’s population of about 1,000 student veterans and family members to have a one-stop shop to meet a variety of academic needs.

The 3,200-square-foot center is located in the Keathley University Center, right in the heart of the MTSU campus. It is a place for student veterans to study, gather and get help from fellow veterans, who serve as peer advisers and sponsors.

Its Transitioning Home Office assists student veterans in making the transition from being a college student to getting their career underway. 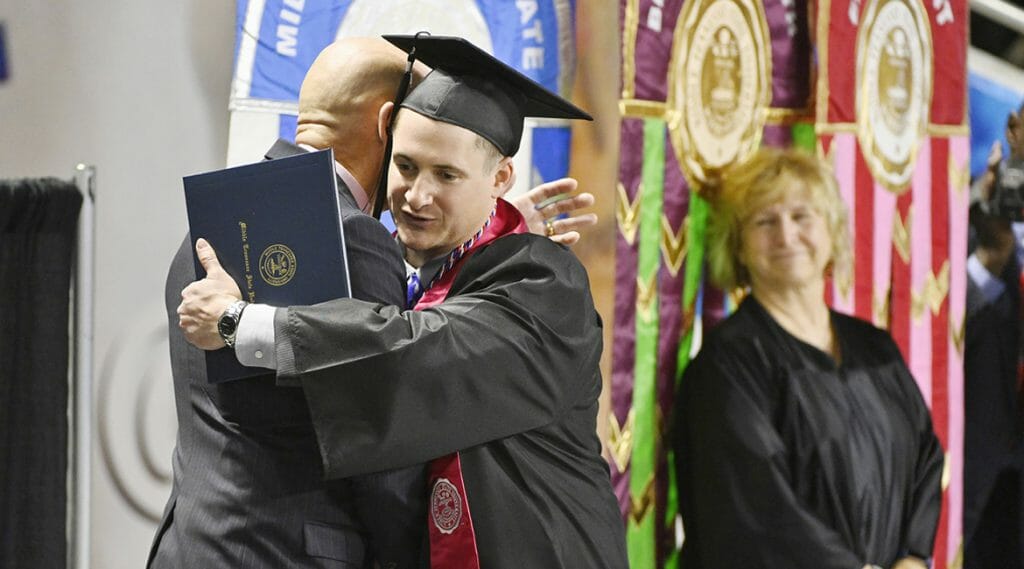 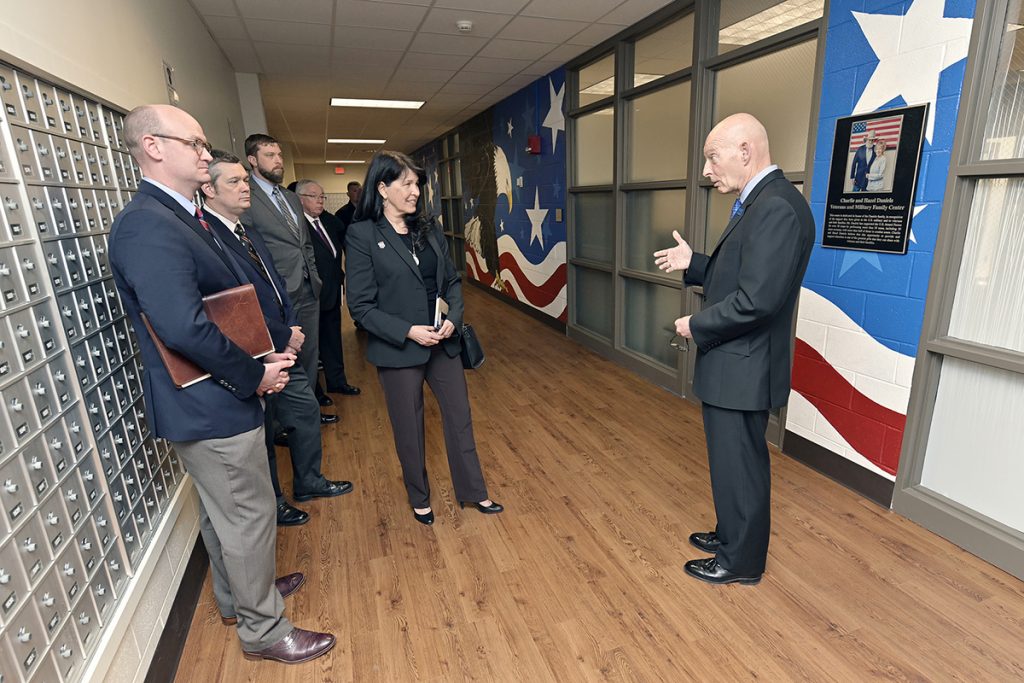