Seventy-three of MTSU’s brightest students are now members of the university’s most prestigious honor society. 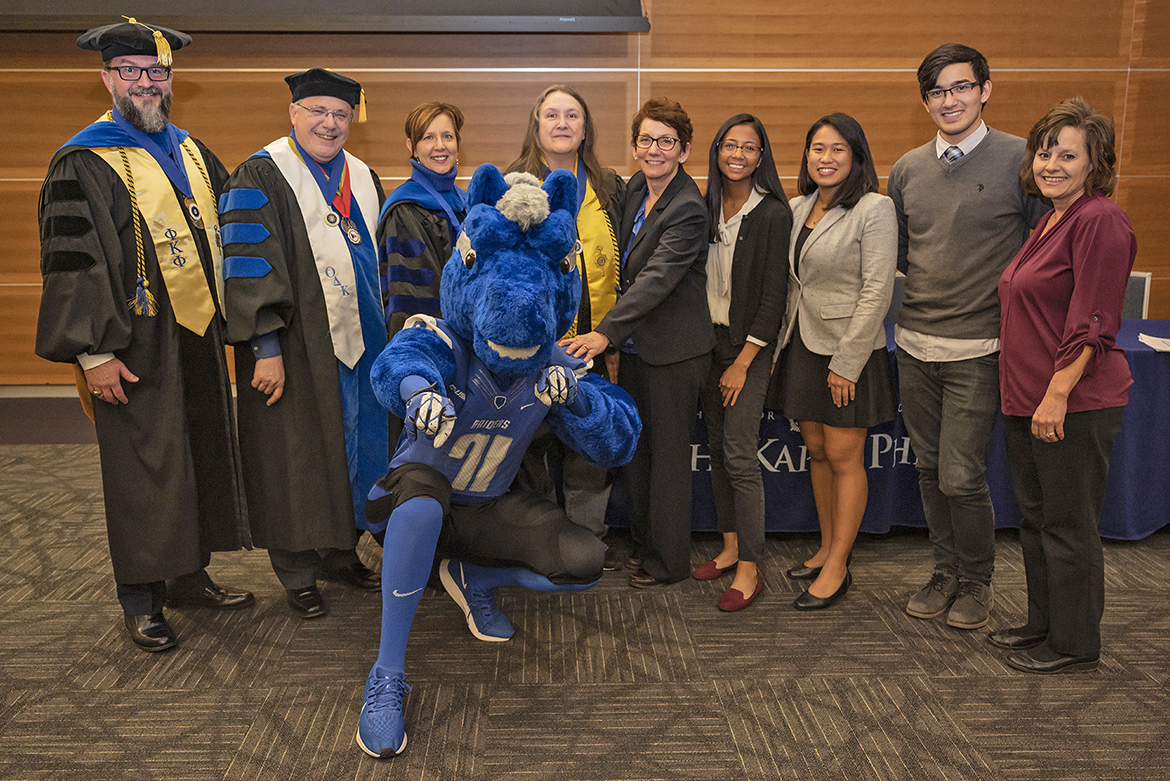 “The challenge then is to go out and learn about your neighbors and work to build the community where we live, whether that’s in the dorms, an apartment complex or one of the new high-density subdivisions that are now being built in Murfreesboro,” Martin said.

Psychology major Danny Ponder, a senior from Smithville, Tennessee, said he wants to become a counselor to people with addiction issues. The nontraditional student said joining Phi Kappa Phi means a lot to him.

“It means I’ve worked really hard, and it means that this late in life, I can still do something that’s worthy,” Ponder said.

“Being able to be with Phi Kappa Phi is special to me knowing past graduates of MTSU and other universities that are also in Phi Kappa Phi (puts me) in good company,” Blackmon said. 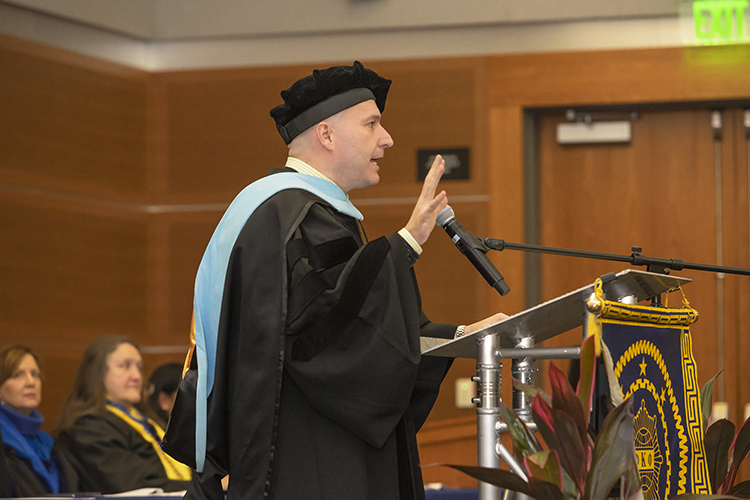 Phi Kappa Phi has chapters on more than 300 campuses in the United States, Puerto Rico and the Philippines.

According to www.phikappaphi.org, the honor society was created in 1897 at the University of Maine with a mission “to recognize and promote academic excellence in all fields of higher education and to engage the community of scholars in service to others.”

To be eligible, juniors must have completed at least 72 credit hours, with at least 24 semester hours at their current institution, and rank scholastically in the top 7.5 percent of their class.

Faculty, professional staff and alumni who have achieved scholarly distinction also may be eligible for membership in the organization. Its motto is “Philosophia Krateito Photon,” which is “Let the love of learning rule humanity” in Greek. 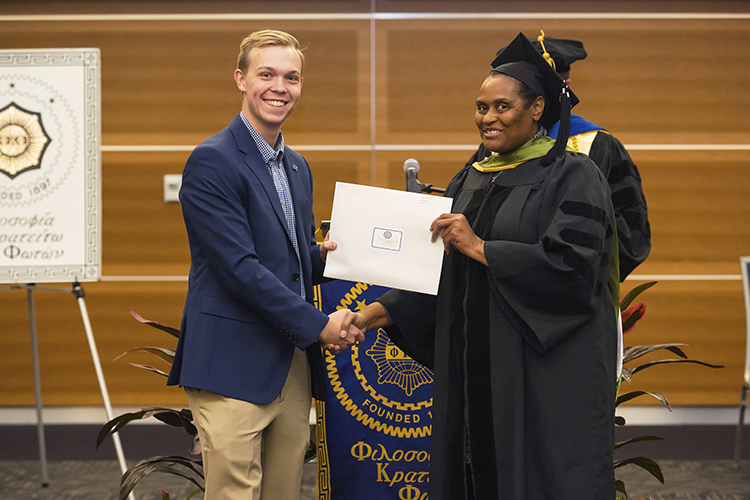 Mark Blackmon, left, receives his certificate of induction into The Honor Society of Phi Kappa Phi from Dr. Barbara Turnage, interim associate dean of the College of Behavioral and Health Sciences, at the fall 2019 PKP induction ceremony Nov. 12 in the Student Union Building. (MTSU photo by Cat Curtis Murphy)