MTSU is No. 1 in the state in transfer students and is the top institution using the reverse transfer process. Nashville State is one of MTSU’s top transfer feeder schools. In August 2018, a total of 861 former Nashville State students were enrolled at MTSU to complete their four-year degrees.

Nashville State is the eighth community college to join the MTSU Pathway program, where the university pledges support to help students at partner schools complete their associate degree, then move forward in seeking a four-year degree.

MTSU recruiters are currently visiting colleges to recruit prospective transfer students for 2020 and beyond.

“Our close proximity to Nashville State and the desire of many of its students to move on to our campus for their bachelor’s degrees make this a natural win-win partnership,” McPhee said. “I appreciate Nashville State’s cooperation in helping all of us in higher education produce a highly skilled workforce for our region and state.

“The True Blue Pathway partnership takes our relationship with MTSU to the next level and reaffirms our commitment to putting students first,” Jackson said. “It simplifies the steps from Nashville State to MTSU and builds in early support for students.” 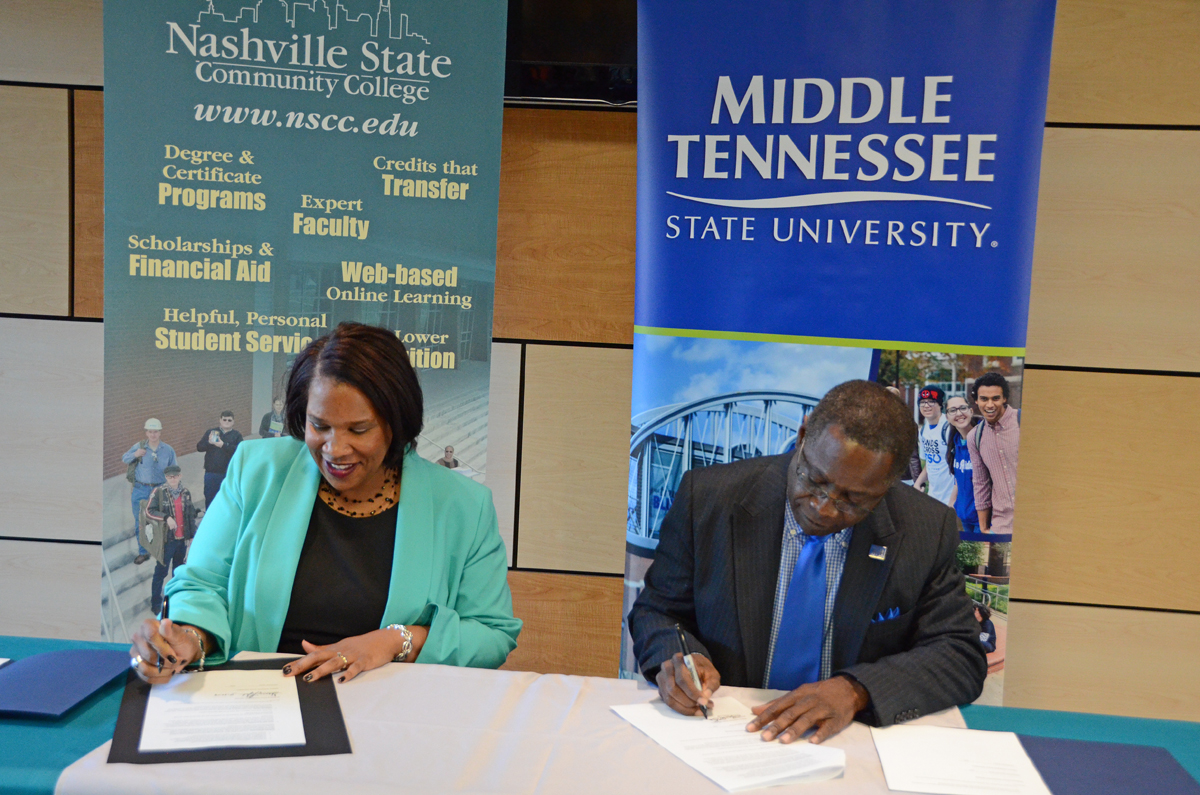 The “pathway” agreement calls for Nashville State to share directory information with MTSU of the college’s students so they are included in tailored communications of emails and hard-copy mailings that support planning for their bachelor’s degrees after they successfully complete an associate degree.

Through its existing Guaranteed Transfer Scholarship Program, MTSU will provide Nashville State students who transfer to the university $3,000 in aid per year for two years, or a maximum of four semesters, when they earn a minimum 3.0 GPA. 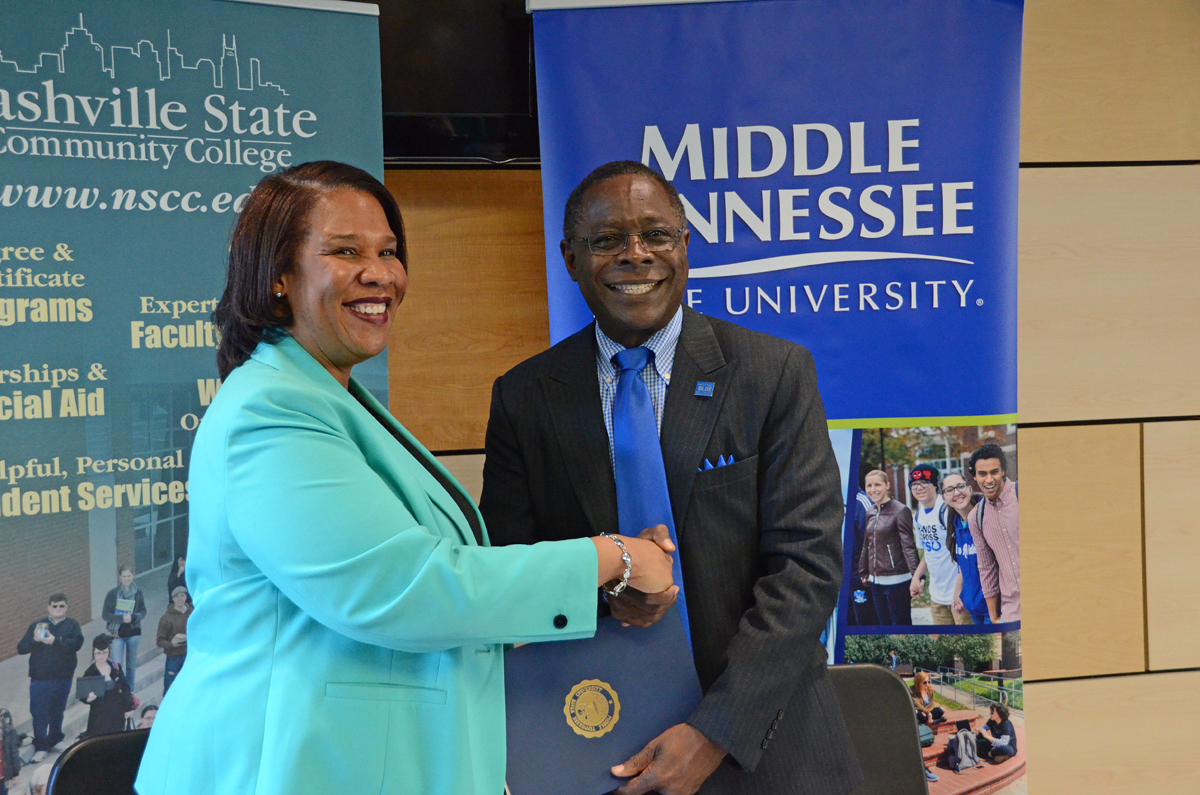 Students transferring to MTSU won’t eligible to apply for a Guaranteed Transfer Scholarship until they complete 45 credit hours at Nashville State.

If those students complete 60 credits with a 3.0 GPA at Nashville State, MTSU will guarantee them admission and a scholarship to attend the university for their last two years of study. 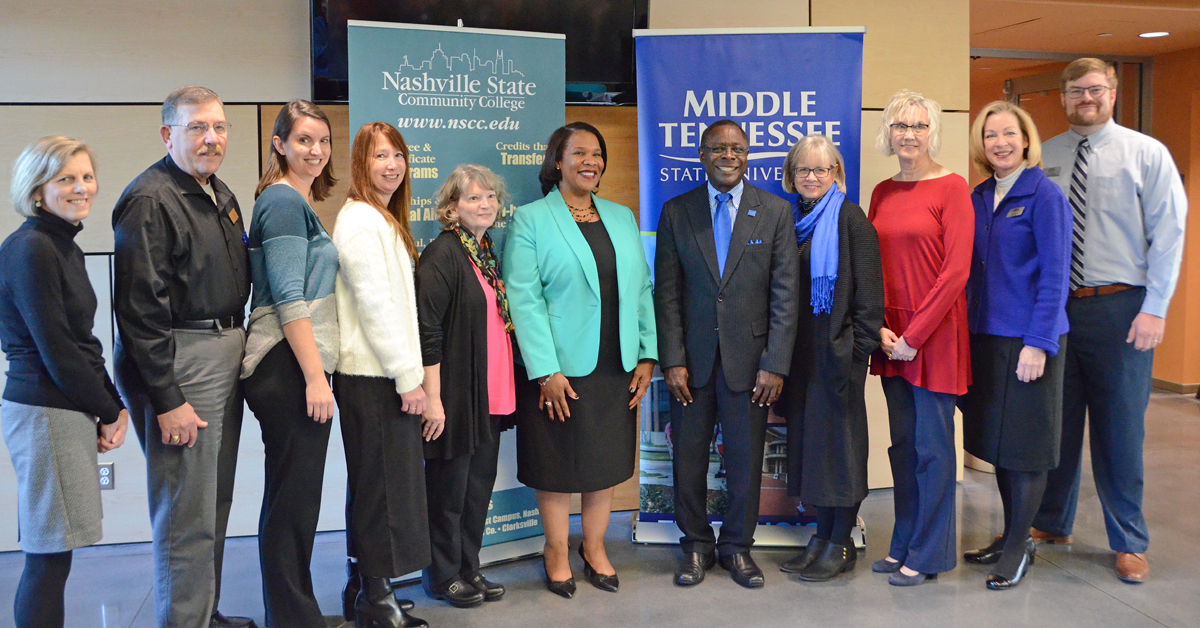