In the news: Discovery Channel.. 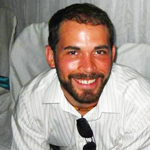 A leap of faith” by Tullahoma native and MTSU alumnus Patrick Pratt has led to life- and career-changing moves.

He is the first graduate from a Tennessee university to receive this honor, which is named for the U.S. congressman who represents Harlem in New York City.

“It’s not easy to describe what this award means,” Pratt said. “… Two of my biggest life goals are to attend a top-ranked school of International Affairs and to join the U.S. Foreign Service. The Rangel Fellowship has essentially given me everything I’ve been working toward in one package. Now I can attend a great school and my dream job is waiting at the end of it.”

A year ago, he said he was selected as a Rangel Fellowship finalist. He returned from Tanzania for an interview.

“It’s an extremely competitive process, with a writing exam and interview, and I was unsuccessful,” he said. “I made the very difficult decision to turn down a half-tuition fellowship from a great school in order to try again for the Rangel Fellowship this year. So it was a leap of faith that paid off in a big way.”

Laura Clippard of the University Honors College said the Rangel Fellowship will provide up to $20,000 per year for tuition and fees, $15,000 a year for expenses for two years of graduate study; an 11-week internship on Capitol Hill; a Foreign Service mentor; and a 10-week overseas internship in a U.S. Embassy between his first and second years of graduate school.

In return, Pratt will serve a minimum of three years as a Foreign Service Officer.

GWU offered Pratt the High Achievement Fellowship, an additional $15,000 per year award. Essentially, he will attend graduate school for free.

The Rangel program is a collaborative effort between Howard University and the U.S. State Department that seeks to attract and prepare outstanding young people for careers as diplomats in the U.S. Foreign Service. The program seeks people who are interested in helping to shape a freer, more secure and prosperous world through formulating, representing and implementing U.S. foreign policy.

Clippard told Pratt he is “the hardest-working person” she has ever known. Honors Dean John Vile said Pratt “has scored numerous ‘home runs’ by winning the David L. Boren, Fulbright and Rangel awards. His tenacity of purpose and his commitment to serving his country will be tremendous assets as he engages in a career with the Foreign Service.”

After graduating from Tullahoma High School in 2002, Pratt took a management position for a Murfreesboro pizza delivery store. He returned home to Tullahoma, attending Motlow State Community College. Always interested in global issues and after taking a geography class, he decided to study international relations. At Motlow, he earned the Outstanding Achievement Award in psychology.

At MTSU, Pratt majored in international relations and political science and minored in geography and African studies. Before graduating, he earned the Department of Political Science Meritorious Service Award for participation and leadership in student organizations.

With assistance from the MTSU Office of Education Abroad, Pratt participated in a yearlong education abroad program to the United States International University in Nairobi, Kenya, earning credits toward his MTSU degree and was awarded the Boren scholarship. The Boren scholarship’s focus is to provide undergraduate students the opportunity to study in world regions critical to U.S. interests.

Dr. Karen Petersen in political science and Clippard, who heads the Honors College’s Undergraduate Fellowships Office, encouraged Pratt to apply for the Fulbright, which he received to study civil society and public accountability in development in Tanzania.

While applying for graduate schools, Pratt completed an internship at the Africa Program at the Center for Strategic and International Studies in Washington, D.C., where he has been residing and working.

The youngest of six children, he is the son of Harvey and Carol Pratt, formerly from Tullahoma and now living in Florida. Pratt said a brother, Philip, and sisters Anita and Stephanie all attended MTSU.