“We consider any amount that is kept away from misuse or improper disposal as a success,” MTSU Police Sgt. Broede Stucky said as the event was about to conclude. 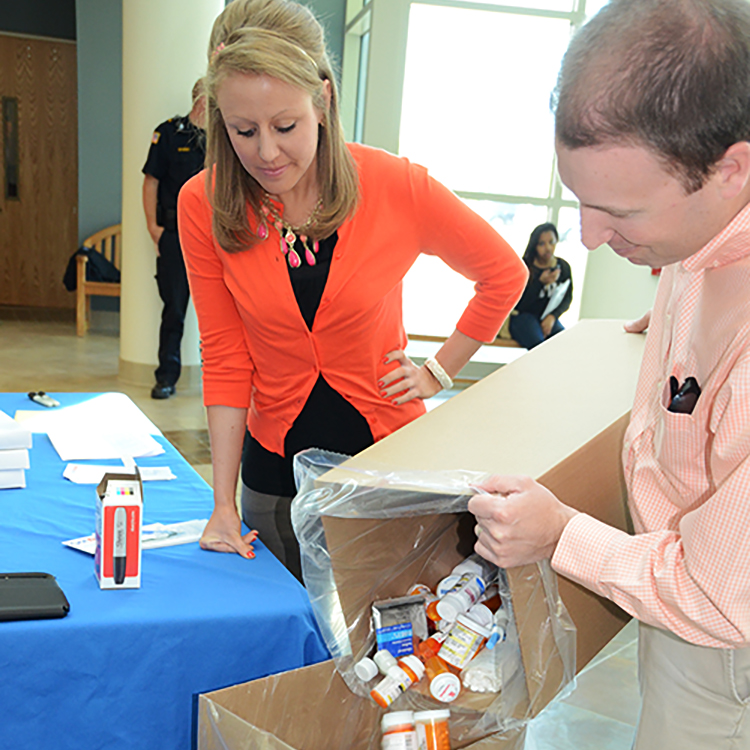 The inaugural drive collected no needles, or “sharps,” as health practitioners call them, MTSU pharmacist Tabby Ragland said, adding that only a few EpiPens were collected. EpiPen is the brand name for a disposable, prefilled automatic injection device that administers epinephrine to counteract severe allergic reactions.

Representatives from the federal Drug Enforcement Administration’s Nashville office are expected to collect all the discarded items between April 30 and May 4.

Stucky said the MTSU Police Department will store the collected drugs securely until the DEA picks them up.

Ragland said that while the DEA doesn’t require it, she and Lisa Schrader, director of MTSU Health Promotion, wanted to keep a record of the prescription drugs collected at the event. The result was five pages’ worth of information.

“We’ve taken in more things than expected,” Schrader said, adding that “it was busiest (Thursday) morning with the drive-through.”

From 7 to 9 a.m., visitors could drop off items outside in a collection box.

“We’ve already had questions about when we’re going to do it again,” Ragland said.

The National Prescription Drug Take-Back Day scheduled for Saturday, April 27, was postponed until Saturday, May 4, because of the risk of severe weather, Schrader said.