Some of us live life day-to-day, month-to-month, or year-to-year. The MTSU alumni featured on this page live by seconds. Engaged daily in gathering and disseminating television news and weather for middle Tennessee, these MTSU alumni work fast, constantly conscious of time to ensure that their television content is ready to broadcast at the designated hour. Whether producers, directors, audio engineers, reporters, anchors, or meteorologists, they are willing slaves to the almighty clock. Missing a deadline is considered a mortal sin, but then again these professionals prefer the adrenaline of their fast-paced careers over the everyday nine-to-five. After all, they chose the “seconds-to-air” lifestyle when they graduated from MTSU’s highly respected programs in electronic media communication or recording industry. They are highly visible examples of MTSU’s significant role as a supplier of Nashville’s workforce. 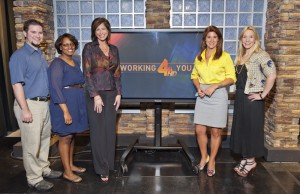 Middle Tennessee has been waking up in the morning to a cup of coffee and Emmy Award–winning journalist Holly Thompson, co-anchor for Channel 4 News Today, since 2000.

Regina Raccuglia earned Reporter of the Year honors from the Associated Press while working in Huntsville, Alabama. 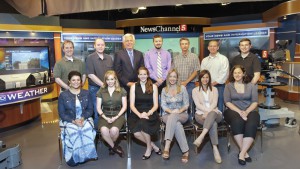 Phil Williams, WTVF NewsChannel 5 chief investigative reporter, has won multiple Emmy, DuPont, and Peabody Awards for being the reporter no one wants to see coming. Williams graduated with honors from MTSU in 1985. His investigations of corrupt court systems, insider contracts, government waste, and sex offenders have earned national respect for his career and NewsChannel 5. 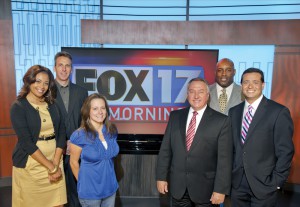 FOX 17 morning co-anchor Nick Paranjape is proud to say he grew up in Murfreesboro and earned his degree from MTSU.  Before coming to Nashville, Paranjape sharpened his news skills in Knoxville and Memphis. After 30 years of forecasting weather in Tennessee and

Kentucky, FOX 17’s morning meteorologist, Craig Edwards, is one of Tennessee’s most trusted. 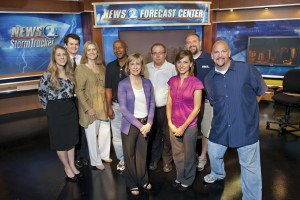 Karen Higbee and Heather Jensen began work as associate producers for News 2 while attending classes at MTSU.  These days Higbee also hones her craft as a video journalist.

Jensen, likewise, isn’t afraid to do what needs to be done to tell the story, working as a photographer, editor, producer, reporter, and anchor to bring viewers the news.