Although “RBG” was a box-office winner and an Academy Award-nominated documentary, its funding and production took years to achieve, according to the keynote speaker for MTSU National Women’s History Month activities.

Julie Cohen, the co-director of “RBG” with Betsy West, told the backstory of her film about U.S. Supreme Court Associate Justice Ruth Bader Ginsburg in conversation with Beverly Keel, chair of the Department of Recording Industry, in the Student Union Ballroom March 18 following two screenings of the movie.

Beginning in January 2015, Cohen and West began the long and gradual booking process, tentatively approaching an initially reticent Ginsburg little by little over the years, tactfully obtaining permission, money and information over time until CNN Films agreed to finance the entire documentary.

“We really didn’t understand quite how much it would resonate with people until it was out there in the world,” Cohen said. “From the moment of its premiere at the 2018 Sundance Film Festival through all of last year, things just kind of kept getting more and more exciting as Justice Ginsberg came to feel more and more relevant.” 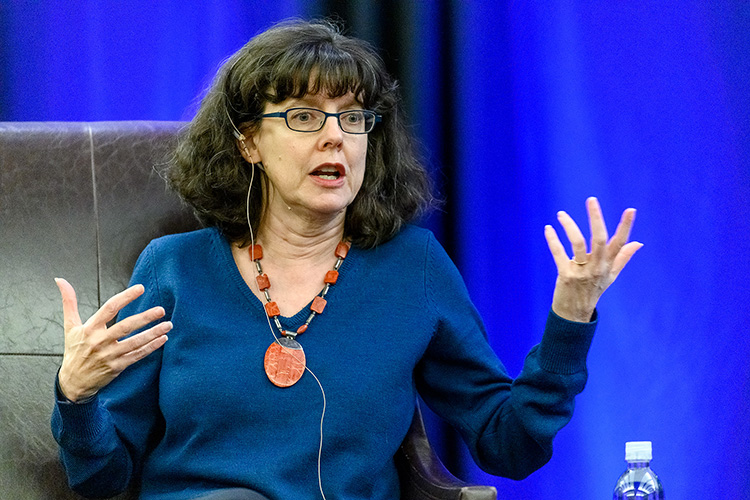 Cohen said the confluence of events leading up to the film’s debut, including the advent of the #MeToo movement and the 2016 election of Donald Trump as president of the United States, were utterly coincidental, but she believes they brought Ginsburg’s story into clearer focus for the viewers.

“People responded very emotionally to Justice Ginsburg’s story,” Cohen said. “Here is a person that actually has a pretty famous, high-profile persona, and yet she has this whole life story that most of the public, including some of her biggest fans, just weren’t familiar with.”

A cult of personality fanship has sprung up around Ginsburg, inspiring T-shirts, tote bags, coffee mugs and other items referring to her as the “Notorious RBG,” a takeoff on the late rap star The Notorious B.I.G.

The film reviews Ginsburg’s career as a law clerk, researcher, professor, general counsel and board member for the American Civil Liberties Union and judge, as well as her 64-year marriage to taxation law expert Martin Ginsburg, who died in 2010.

You can watch the movie trailer below.

As an attorney, Ruth Bader Ginsburg argued cases before the Supreme Court that challenged laws that permitted discrimination on the basis of sex. In her 38-year career on the bench, Ginsburg has written opinions in cases that are seen as victories for gender equality.

“I didn’t realize until I saw this documentary what a brilliant strategist she was,” Keel said. “She sort of … knitted a sweater until she sort of created this foundation (of legal precedents).”

“It’s stuff that I look for as an aspiring filmmaker of a different genre, such as pitching ideas, how you get funding, how you reach out to sources and really get a project like this done,” Fitzhugh said.

Before starting her own production company, Better Than Fiction, Cohen was a staff producer for nine years. In the 1990s, she created and produced “Supreme Court Watch” for Court TV.

The MTSU Department of Recording Industry and the College of Media and Entertainment co-sponsored the National Women’s History Month event with the June Anderson Center for Women and Nontraditional Students. 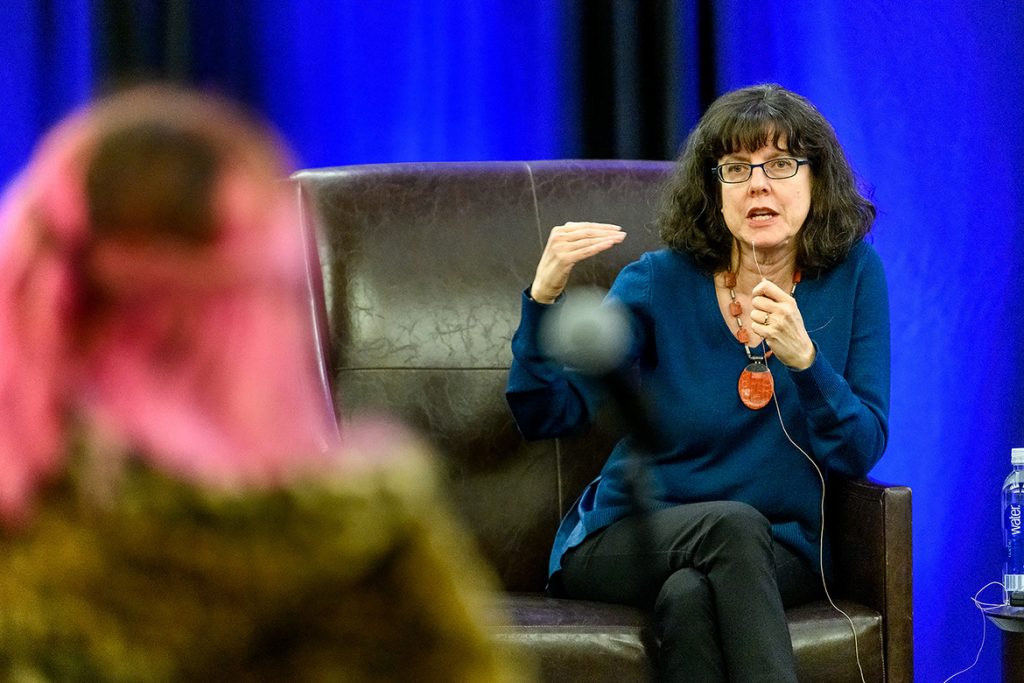