MTSU brings in $17.2M-plus in donations during record fundraising year  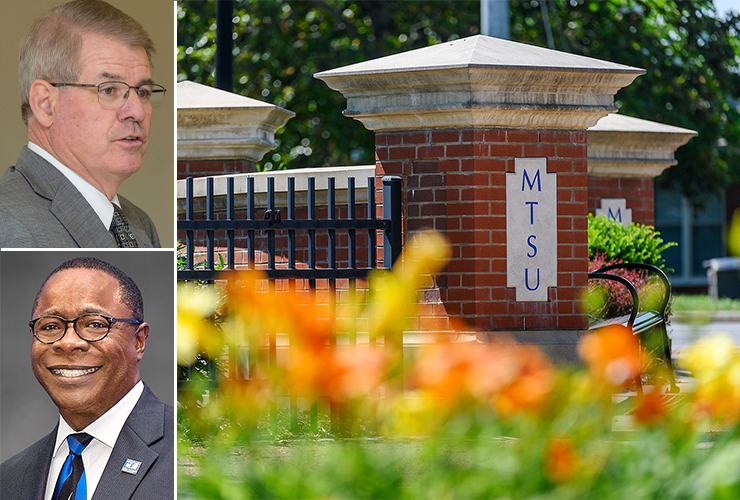 The university had almost 1,000 more donors than the previous year among the 7,600-plus donors overall, according to the Development Office.

“Gifts from our alumni and friends have become essential to our success as a university,” said President Sidney A. McPhee. “Considering the impacts of COVID, inflation and a volatile stock market, the fact that we were able to reach such a remarkable milestone is a testament to the dedication of our supporters and the excellent work of our University Advancement staff.”

Bales said having robust private donations has become increasingly important for public higher education institutions because of stagnation in state funding over the years, perhaps even more so for universities like MTSU, which have a higher percentage of first-generation college students who rely more on the availability of scholarships to complete their educations.

“I think (alumni) realize how important having a college degree is, but also realize how challenging it is for young people, so that investment makes a big difference,” Bales said. “Our alumni population believes that the university is headed in a positive direction, and they want to be a part of it.”

Bales noted the large contribution to that record year from MTSU Athletics, which raised a record $8.9 million in cash gifts and saw a 300% year-over-year growth during the 2022 fiscal year as it launched the highly successful “Build Blue” campaign to upgrade athletic facilities.

But Bales pointed to a strong fundraising year across the university’s academic colleges, too, as development officers ramped up their donor education efforts during the pandemic to explain how vital their contributions are in helping MTSU students earn their degrees.

Private donors also make a tangible impact on academics through the funding of endowed professorships and chairs and technology upgrades.

“We’ve really tried to help donors understand the value of what their investments did, how they kept the university strong. During those COVID years, that was really important,” Bales added, noting that higher education fundraising throughout the nation was disrupted by the pandemic.

‘Give to something they truly believe in’

Perhaps most noticeably, MTSU’s 500-plus acre campus has changed significantly over the past decade alone with state-funded capital projects such as the Science Building, Academic Classroom Building, and the almost-completed School of Concrete and Construction Management building. The state now requires a certain level of matching private funds to make such construction projects a reality.

“We encourage people to give to something they truly believe in,” Bales said. “We give them the option to designate that (donation), right down to the specific program they’re interested in.”

Helping shepherd those fundraising dollars is the MTSU Foundation, which is managed by a volunteer Board of Trustees to oversee the receipt and acknowledgement of all private gifts to the university. The board recently elected a new president and appointed four new alumni trustees.

“We’ve got eyes and ears out in the community advocating for us,” Bales said of the Foundation trustees, along with the MTSU Alumni Association Board of Directors. “When they’re out in the community talking about things that are going on at the university, there’s a certain degree of credibility that comes with that.”

Bales said the Foundation Board stays engaged with helping the Development Office make connections and evaluate ideas and strategies.

“It’s really nice to sit down with people who are passionate about the university,” he said. “They feel like the university had given them something that was important, and they want to give back.”

For more information about the MTSU Development Office and the Foundation, visit www.mtsu.edu/development.