Dozens of Midstate middle school and high school teams and schools are preparing for the annual Regional Science Olympiad, which will be held again virtually for the second consecutive year because of the pandemic.

Events will take place either at the students’ schools or individual students competing from their homes starting at 8:30 a.m. Saturday, Feb. 19, said Pat Patterson, Regional Science Olympiad director and an MTSU chemistry professor. 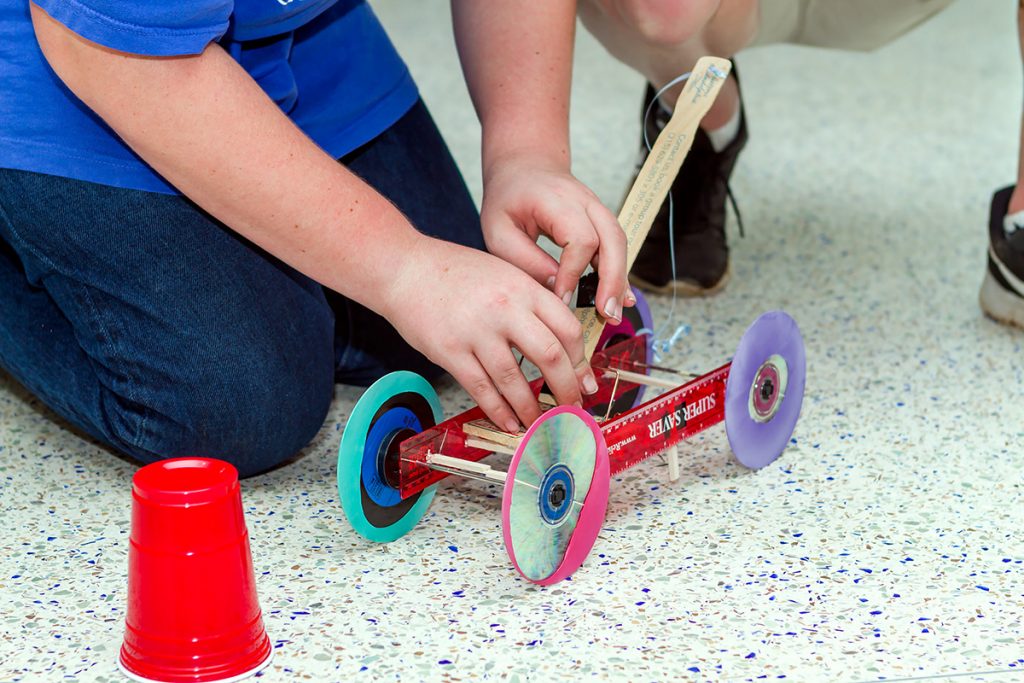 Most Science Olympiad events require a combination of STEM — science, technology, engineering and math — to prepare projects. The Regional Science Olympiad will be held virtually Saturday, Feb. 19. Students will meet at their middle schools, high schools and, in some cases, online to compete. (MTSU file photo by James Cessna)

The regional, normally held at MTSU and other campuses across the state, is a team competition where students participate in events pertaining to various scientific disciplines, including earth science, biology, chemistry, physics and engineering. To learn more, go here.

This year’s regional tournament is a collaboration of all eight regional directors across Tennessee and David Stanislawski, professor at Chattanooga State Community College and state director.

“We have not skipped a beat, Patterson said. “We have continued to hold Science Olympiad (virtually), but have not been on anyone’s campus.”

A new wrinkle — the addition of the ‘Scilympiad’ scoring system — “is the first time Tennessee has used it, so we’re experiencing a lot of steep, learning curve pains,” said Patterson, who added that former student Ashley Sealy Peterman“is assisting in a major way this year.”

From Patterson’s perspective, the students “are still excited about the competition this year and still enjoyed competing” during the virtual year in 2021.

Statewide, Science Olympiad had grown to more than 200 teams and schools before COVID-19 hit in 2020. For a variety of reasons, this number has been cut nearly in half, Patterson said. She is enthused by the appearance of at least six new area schools and teams this year.

Organizers look forward to the return of in-person Regional and State Science Olympiad tournaments in 2023, she said.

Patterson anticipates results being announced by Feb. 28 or March 1. Qualifying teams will advance to the virtual State Science Olympiad Saturday, April 9, at the University of Tennessee-Knoxville. The national tournament will be held virtually on May 14.

For the third straight year, the Elementary Science Olympiad will not be held, Patterson said.

For more information, email Patterson at Patricia.Patterson@mtsu.edu or call 615-898-5085.

Chemistry is one of 11 departments in the College of Basic and Applied Sciences.