Hundreds of MTSU students took advantage of seating throughout the Student Union atrium to cheer on their classmates and learn about the many cultures represented on the Blue Raider campus in a recent thrilling showcase of talent.

In the end, all of the 40-plus performances — ranging from singing to dancing to poetry to comedy — were winners at this year’s “Rep Your Roots” talent showcase, held Friday, Sept. 20, and sponsored by the Office of Intercultural and Diversity Affairs.

This year’s judges also included a few special alumni who have carved out successful careers of their own in the entertainment industry. 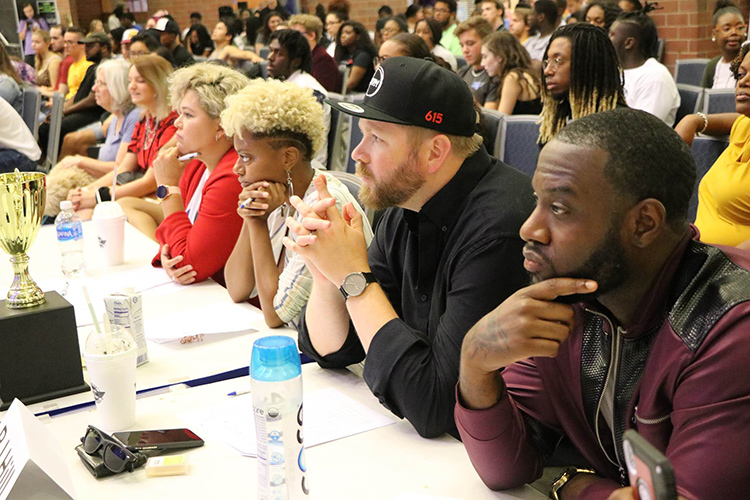 Judges for the 2019 Rep Your Roots talent showcase watch a performance at this year’s event,held Friday, Sept. 20, in the Student Union atrium. (Submitted photo)

And the winners were:

• Second place: Julia Cooper, a junior in the College of Media and Entertainment, who sang an original acoustic song titled “Footprints.”

• Third place: Jared Hall, a sophomore in the College of Media and Entertainment, who performed an original poem titled “The Block.”

“MTSU’s Indian Cultural Exchange organization took the crowd by surprise with their choreography,” noted Daniel Green, director of intercultural and diversity affairs. “The dance group consisted of both male and female students who displayed a variation of dances from their Indian culture.”

Green said this is the second year the showcase has been held in the atrium, providing an improved atmosphere by spreading student seating throughout the three-story space — in front of the stage, balcony seats on the second and third floors, and even the staircase.

The MTSU Office of Intercultural and Diversity Affairs’ mission is to promote cultural awareness, understanding and a sense of belonging for all students at MTSU. The office also helps the university provide comfortable, supportive and relevant environments while also serving as an information, referral and resource base for the provision of support services.

The office creates opportunities in and out of the classroom that help students further their life goals and heighten and enhance their academic, social, psychological, cultural, moral, physical and personal growth and development.

For more information about the MTSU Office of Intercultural and Diversity Affairs, contact Green at Daniel.Green@mtsu.edu. 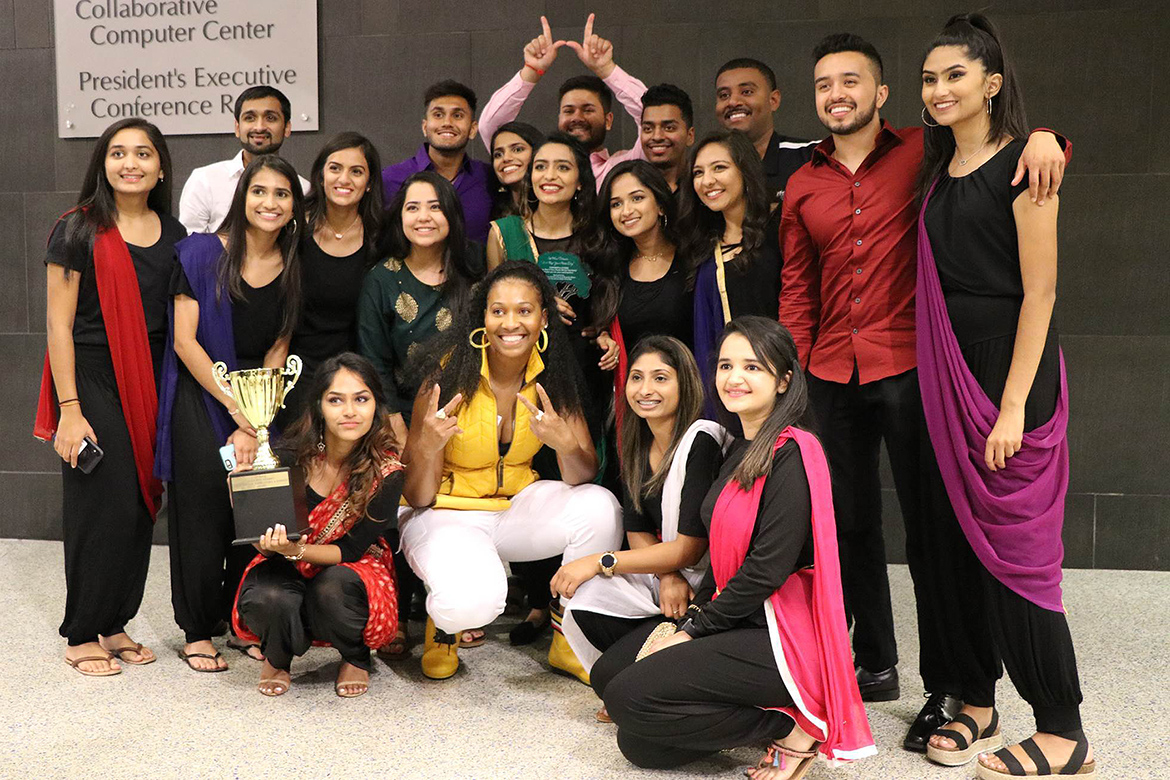 Members of the Indian Cultural Exchange Organization are all smiles as they pose with their first place trophy after winning the 2019 Rep Your Roots talent showcase, held Friday, Sept. 20, in the Student Union atrium. (Submitted photo) 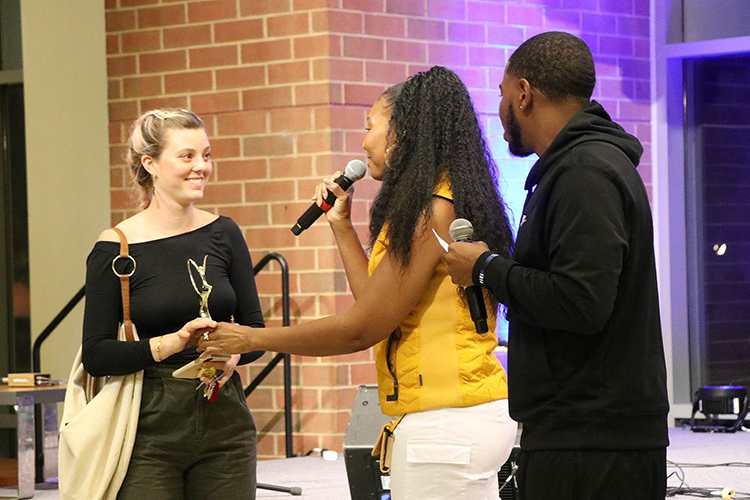