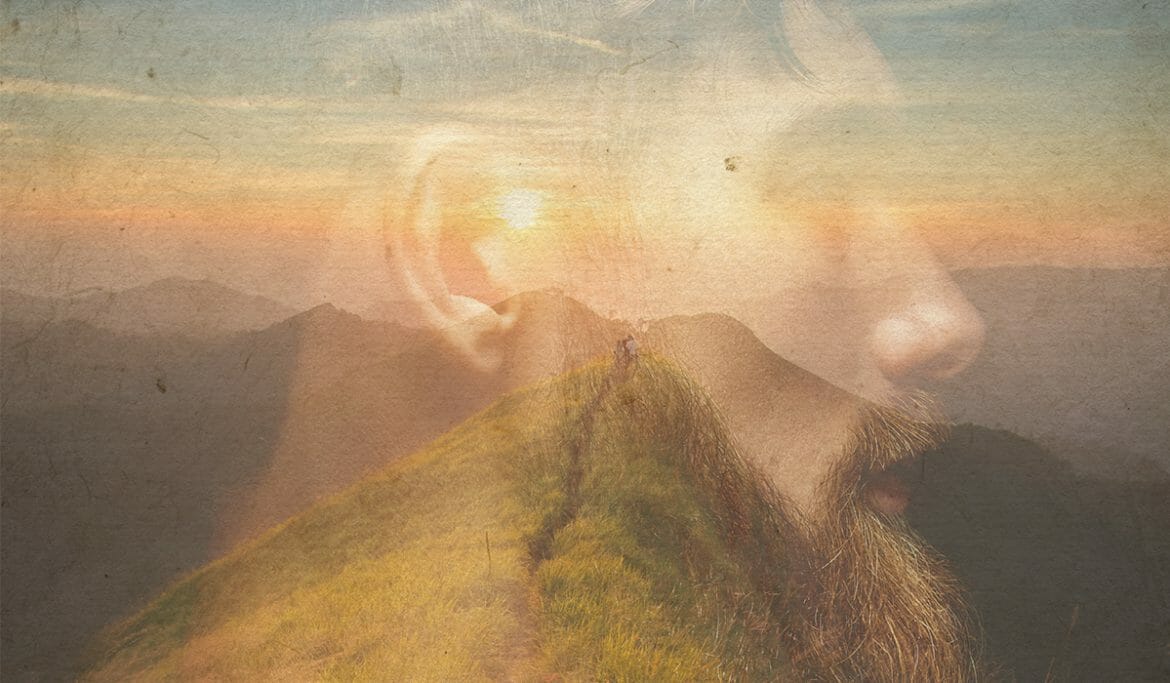 The Mexican-American War cemented Tennessee’s reputation as the “Volunteer State.” Like so many Americans who volunteer for war, these men — most in their teens or early 20s — enlisted out of a sense of duty, and perhaps to improve their lot in life. But they were fatally unprepared for this foreign battle. Their style of combat didn’t fit the urban terrain. The desert climate was nothing like the cool green hills they knew. The Americans won the battle but suffered heavy casualties. These young men were buried where they fell, in shallow graves thousands of miles from home.

The thought of abandoning our war dead on foreign soil is shocking to Americans, whose military credo is “Leave no man behind.” And our government’s commitment to that effort is unparalleled, notes MTSU anthropology professor Hugh Berryman, a forensic anthropologist who helps identify recovered remains of U.S. soldiers. The military is still actively recovering casualties from 20th-century conflicts around the world, and then it takes the mission further: “We put a tremendous amount of effort into identifying who they were, so they can be returned to their wives, their children, their parents, whoever the next of kin is,” Berryman said.

But at the time these soldiers described above fell — on Sept. 21, 1846, in the Mexican-American War — the U.S. government had little experience fighting on foreign soil and few resources for retrieving its fallen heroes.

As such, when Berryman heard that American remains had been accidentally unearthed near the Tannery Fort site in Monterrey, Mexico, he was determined to repatriate them. Taking it further — returning them to their families — seemed an impossible task, but this native Tennessean decided to try.

THE LARGEST NUMBER OF DEAD IN THAT SPECIFIC AREA OF THE BATTLE WHERE THESE SOLDIERS WERE UNCOVERED WERE FROM TENNESSEE—THESE WERE THE ORIGINAL “VOLUNTEERS.”

The Volunteer State got its nickname from its residents’ overwhelming response to the call of duty — first in the War of 1812, then again in the Mexican-American War. Judging from the location of these remains, and from buttons, coins, and other artifacts found with them, Berryman said, the odds are high that many are from the First Regiment of Tennessee Volunteers out of Nashville — known after the Battle of Monterrey as “the Bloody First.”

“What made me especially interested in this project is the fact that the largest number of dead in that specific area of the battle where these soldiers were uncovered were from Tennessee — these were the original ‘volunteers,’” he said. “Just the idea of being able to bring one home after 171 years is so appealing to me. It’s never been done, and we’ve got a shot at it.”

This isn’t the first time Berryman has blazed a trail in the world of forensic anthropology.

A former student of that field’s original trailblazer, Bill Bass (of the University of Tennessee’s “Body Farm” fame), Berryman began his pioneering research into bone trauma in the 1980s. At MTSU, he launched the Forensic Institute for Research and Education, or FIRE, which assists local and state law enforcement, medical examiners, and other agencies in conducting death investigations, and the all-student Forensic Anthropology Search and Recovery Team, also called the FASR Team, which helps recover and document skeletal remains from crime scenes.

Working with the state medical examiner’s office, FIRE developed and conducts virtual crime scene training, bridging the gap between law enforcement and death investigators. With a grant from the U.S. Department of Justice, Berryman created a crime scene investigation app so law enforcement can document and capture evidence on their smartphones.

While FIRE and FASR do most of their work in Tennessee, Berryman is nationally renowned. For 20 years he’s been part of a select forensic team that identifies recovered American casualties for the U.S. Department of Defense.

That’s how he learned about the American soldiers disinterred during construction in Monterrey. In 2013, he began the push to bring them home.

By “home,” Berryman meant Tennessee. His original plan was to sort out the commingled remains, identify what soldiers he could, and either return them to their families or bury them in Gallatin City Cemetery, where there’s a monument to Tennesseans killed in the Mexican-American War. He got a $56,000 grant from the Tennessee Wars Commission, assembled a team of 25 renowned scientists with complementary expertise, and recruited state and federal legislators from Tennessee to help get the remains out of Mexico.

Repatriation was a years-long process, culminating last September, nearly 171 years to the day after the soldiers’ deaths, with their arrival in flag-draped caskets at Dover Air Force Base, where all American war dead are ceremoniously received.

And Dover or nearby Arlington National Cemetery is where the soldiers will stay, unless Berryman and his team can identify them and find some living kin. That late order came as a surprise to Berryman, who had planned to do the forensics at MTSU.

So with multiple trips to Delaware and another $25,000 in grant funding from the MTSU Foundation Special Projects Committee, his team began the painstaking work of analyzing the remains and matching them to the 28 Tennesseans assumed to have been buried at Monterrey. A smaller number of non-Tennesseans fought and died there, too.

There appear to be 18 sets of remains, Berryman said. One is represented only by a single bone fragment.

The job is less jigsaw puzzle than Rubik’s Cube. The team must align evidence on three planes: forensic, historical, and genealogical.

As for the forensics, Berryman’s team has the advantage of “technology — and the expertise to go with that technology.”

Through stable isotope analysis, the experts can use a soldier’s teeth to pinpoint where he lived while those teeth were forming. His six-year molar, for example, will retain the chemistry of the specific creek from which he drank when he was a little boy — whether that’s in Tennessee, another state, or even another country.

IN EXPERT HANDS, THESE BODIES REVEAL ALMOST EVERYTHING BUT THEIR NAMES.

Bones tell an even fuller story, offering a window into a soldier’s life “almost like an interview,” Berryman said. They can reflect repetitive physical behaviors that suggest he had a certain civilian occupation, like blacksmithing. They might hold trace amounts of opiates (a sign he was being treated for an injury) or lead (a sign his family could afford pewter dishes). And of course bone trauma, Berryman’s specialty, can reveal how the soldier’s story ended.

Yet even Berryman was stumped when he found green residue, apparently from copper, on the leg bone of a soldier who’d sustained widespread injuries. A military weapons expert explained that Mexico had so much copper — a byproduct of silver mining — that its army shot canisters filled with copper balls from cannons.

In expert hands, these bodies reveal almost everything but their names.

In all, three MTSU researchers are among the experts working on this project.

Anthropology professor Shannon Hodge is a bioarchaeologist at MTSU who will be examining the bones to determine the biological parameters of age, sex, ancestry, and stature, as well as skeletal pathology. Hodge recently spearheaded a separate project, reinterring the bodies of 20 enslaved workers on the site of the Grassmere Historic Farm at the Nashville Zoo in preparation for construction of an entrance kiosk near the original burial grounds.

In addition, knowing that history could take him where science couldn’t, Berryman tapped history professor Derek Frisby, MTSU’s specialist in Tennessee and military history, to learn as much as possible about each Tennessean thought to have been buried at Monterrey. The plan is to see how 18 sets of remains align with 28 stories.

Which of these 28 Tennesseans might have eaten off pewter dishes? Which ones grew up near which creek? Were any reported to have died by cannon fire?

Using information from the National Archives and other historical repositories, Frisby began poring over government documents, military records, and letters from survivors. As preliminary newspaper accounts of the battle weren’t always accurate, he had to rebuild casualty reports based on personal correspondence.

Individuals who’ve heard about the project have stepped up with letters and other family documents.

“We’ve had people call us and say, ‘Hey, I’ve got a map of Monterrey that was drawn by somebody at the battle,’” Frisby said. “They’re just keeping it in a box in their basement.”

But DNA is these soldiers’ surest ticket home. To that end, Frisby is building genealogical profiles of the 28 Tennesseans, hoping to find a living ancestor carrying genetic proof of the familial link.

Old bones contain mitochondrial DNA, which is passed through the female bloodline only. So Frisby must trace each soldier’s lineage beginning with his mother or a sister and then working from daughter to daughter to modern times. That’s an especially tough task in a historically patriarchal society, where women were legally referred to by their husband’s names, if at all.

The entire mission to bring these volunteers home is impossibly complex — “like going to the moon,” Frisby said.

But with three or four potential DNA donors identified already, and the research ongoing at least through 2017, that moon shot is looking promising.

“I don’t know how long it will be before those (donors) are approached,” Frisby said, “but the fact that we’re at that point in the project is huge.”

“Any member of the military today goes in with that expectation that, if worse comes to worst, they will make it back home one way or the other,” he said. “We’re keeping that promise, through FIRE and through MTSU.”

Hugh Berryman, right, anthropology professor and director of MTSU’s Forensic Institute for Research and Education, is shown with Devin Adcox, an anthropology major and forensic anthropology minor, Honors College student, and one of the youngest members accepted as part of the Forensic Anthropology Search and Recovery Team at MTSU. In spring 2017, Adcox applied for and received an Undergraduate Research Experience and Creative Activity grant to travel to Dover, Delaware, to help Berryman and other nationally recognized anthropologists with the skeletal analysis of the Mexican-American War dead from 1846.
Photo J. Intintoli

Maybe he got the sharp eye from working crime scenes, but Hugh Berryman can spot promising students. And when they’re motivated, he puts extraordinary energy into helping them succeed — which they do. There’s the freshman who won a research grant, as well as an invitation to assist Berryman’s all-star forensics team at Dover Air Force Base. Or the underclassman who’s already published, with her dream job waiting.

Berryman doesn’t just push early research and networking; he also preaches communication skills, body language, and the elevator speech. And by inviting students (many of whom are undergraduates) to join the selective Forensic Anthropology Search and Recovery Team, which commonly goes behind the yellow tape on actual crime scenes across Tennessee, or pulling them on to his own projects, including his Forensic Institute for Research and Education, which provides training and education to law enforcement and other groups, he offers them real-world experience and professional visibility. (FIRE’s external board consists of top administrators from state and federal agencies, including the Tennessee Bureau of Investigation, Metropolitan Nashville and Davidson County Medical Examiner’s Office, Tennessee Fire and Codes Academy, Federal Bureau of Investigation, Tennessee Department of Safety and Homeland Security,; Drug Enforcement Administration, and the Bureau of Alcohol, Tobacco, Firearms, and Explosives.)

Thanks to Berryman and his star students, forensic science is keeping a sharp eye on MTSU.