Scholar to discuss America’s philosophical side at...

Scholar to discuss America’s philosophical side at MTSU Nov. 8 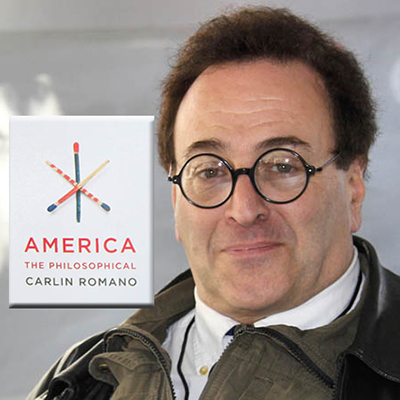 A scholar who asserts that Americans are the most philosophical people in the history of humanity will present his theory at MTSU Friday, Nov. 8.

Dr. Carlin Romano, professor of philosophy and humanities at Ursinus College in Collegeville, Pa., will be the guest speaker for MTSU’s inaugural Fall Philosophy Lyceum at 4:30 p.m. Nov. 8 in Room 164 of the College of Education Building.

This event is free and open to the public.

Reviewer Anthony Gottlieb wrote, “Is there much more to America’s pre-eminence than the volume of cultural and scholarly products that one might expect from the free world’s largest economy? Romano seems to think that there is, and that America’s distinctive winning formula is mainly a down-to-earth approach to life, though the place’s diversity also plays a role.”

Romano joined the Ursinus faculty in 2010 following 25 years as literary critic for The Philadelphia Inquirer, where he also served at various times as book editor, cultural reporter, general assignment city staffer and a correspondent based in St. Petersburg, Russia.

He remains critic-at-large for The Chronicle of Higher Education, the international academic newspaper based in Washington, D.C.