‘MTSU On the Record’ highlights projects on slave ... 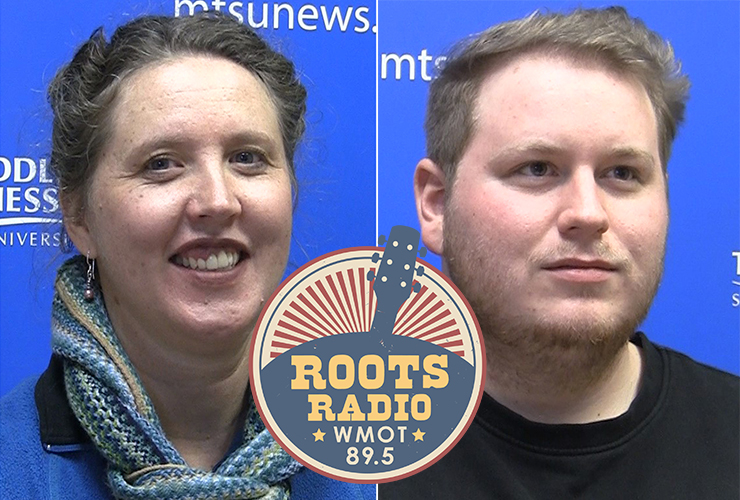 Two accomplished MTSU students unveiled their research on Christmas Eve and New Year’s Eve editions of the “MTSU On the Record” radio program.

Host Gina Logue’s interview with Jessica Roseberry, a doctoral degree candidate from Nashville majoring in public history, first aired Dec. 24 on WMOT-FM Roots Radio 89.5 and www.wmot.org. You can listen to their conversation below.

Roseberry researched the importance of slaves in building the local economy in a paper titled “Wealth Increase and Slaves as Money in Rutherford County, Tennessee.” She found that slave ownership was such a status symbol and a key to prosperity that whites would borrow money to obtain slaves.

“In the 1850s, there became what was called ‘Negro Fever’ across the South, in which people would go to banks and take out mortgages in order to own slaves,” Roseberry said.

“They would purchase slaves with credit. There was an incredible line of credit that extended to New York banks that kept New York banks going because of the cotton industry here in the South.”

Logue’s interview with Bryce Massey, a senior interior design major from Strawberry Plains, Tennessee, first aired Dec. 31 and was rebroadcast from 6 to 6:30 a.m. Sunday, Jan. 5, 2020.  You can listen to their conversation below.

In preparation for his Berlin presentations, Massey and his interior design classmates participated in a virtual exchange that included the United States, Germany, Canada and Portugal.

The subject was a hot topic in the world of interior design — the use of sustainable materials obtained from local sources.

“There are plenty of furniture manufacturers based here in the U.S. that are sourcing their materials from the U.S. and are getting their stuff made locally and getting their stuff handcrafted,” Massey said. “That lasts so much longer and is (a) so much better product in the long run. It’s not as hard as most people would think.”