Commentary: True to its name, .. 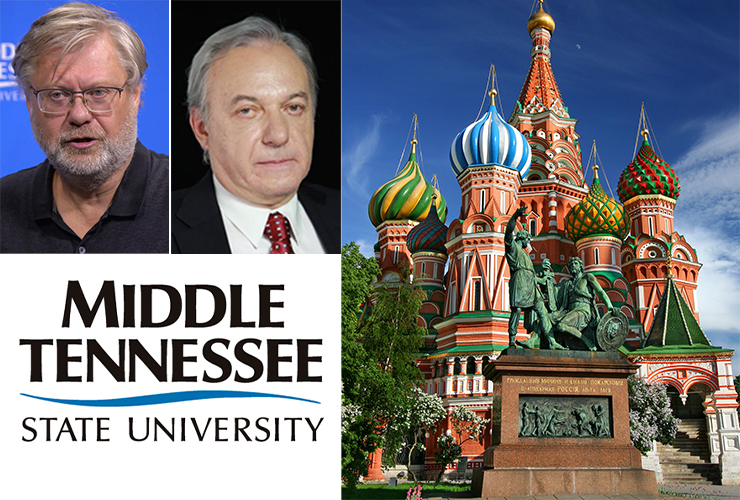 A Russian journalist who is working on a documentary about politics and society in the United States will speak at MTSU later this month.

Mikhail Taratuta, a contributor to the social and political talk show “60 Minutes” on the Russia-1 channel, will be on campus March 13-17 as the guest of Andrei Korobkov, a professor of political science and international relations.

Taratuta transmitted about 1,000 reports from the United States, which was his base of operations, to his homeland from 1988 to 2000. In America, he first worked as a correspondent for “Vremya,” Russia-1’s evening newscast, and later as host of “America with Mikhail Taratuta.”

Since 2000, he has worked primarily in Russia producing documentaries and autobiographical books.

Taratuta is slated to shoot video for his upcoming documentary around Murfreesboro and Nashville on March 14-15.

In the English transcript of a Feb. 19 video report on the Russian-language Fan TV website, Taratuta said Russia and the United States must “remove each other from the status of the enemy.”

“We know little about each other,” Taratuta said. “We do not understand. We are mentally different and are not trying to learn about each other. But this is very important.”