Only it’s not exactly the Scholars Week that Remedios, any of his peers or others at MTSU had in mind. It will be a virtual event — more than 150 research posters available for viewing, plus creative submissions — and not the weeklong schedule of activities and speakers planned this year. 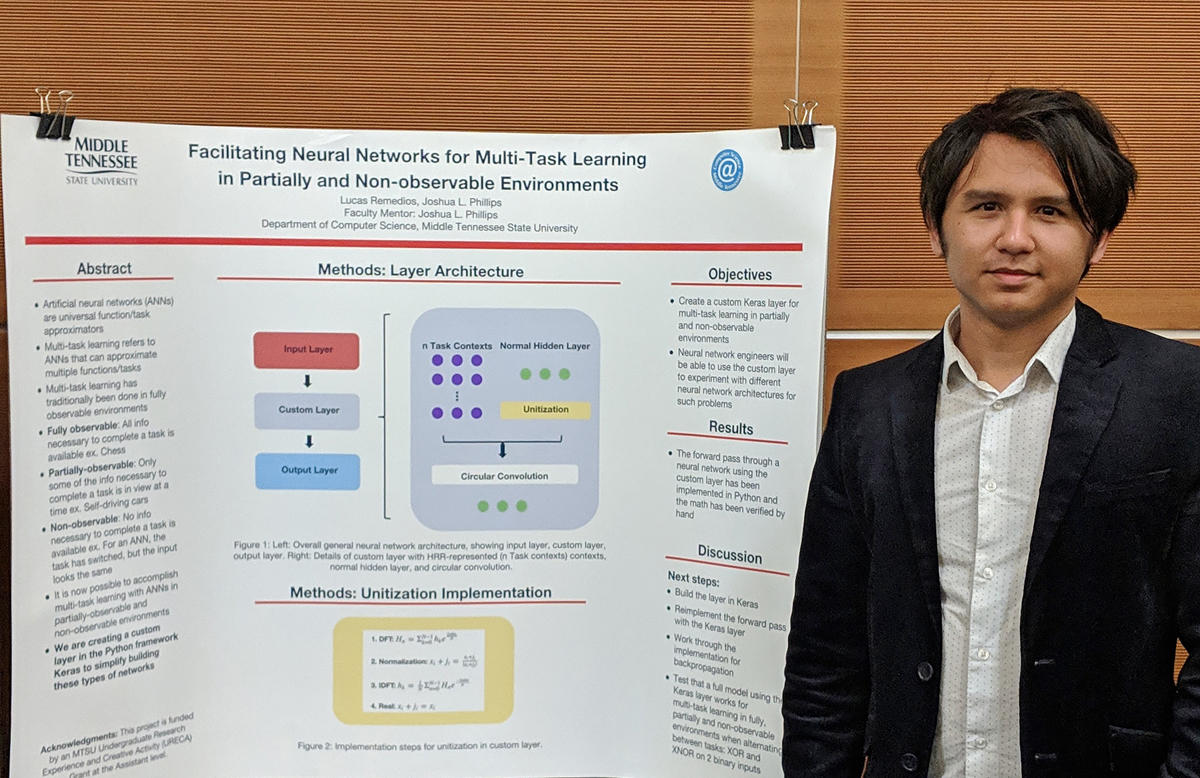 MTSU canceled all on-campus events, including Scholars Week, after the campus went to remote learning following the novel coronavirus outbreak and the need to practice social distancing to stem the spread of the deadly disease.

“Great ideas will not be contained by COVID-19,” said David Butler, vice provost for research and dean of the College of Graduate Studies. “Innovative faculty and student scholars at MTSU have moved Scholars Week successfully online.”

“I am proud of the efforts of the faculty, students and Scholars Week Committee for the hard work in pivoting this successful annual event to a virtual event to showcase the great knowledge being created each day within the university,” Butler added.

Remedios, 25, the top computer science student as a sophomore and junior, said he’s “grateful that due to the nature of computer programming, my work has not been directly affected by our current remote work circumstances. My heart goes out to anyone who has had their research stalled due to this situation.”

“I believe that the virtual Scholars Week is a great idea, as everyone is excited to share the research that they have accomplished,” he added.

Remedios’ research is in artificial intelligence related to human multi-tasking and a spinoff from his 2018-19 work with mentor Joshua Phillips, assistant professor in the Department of Computer Science. The study closely resembles the way the human brain is able to juggle multiple tasks and switch between different tasks. He said he could not have conducted the work without the support of three MTSU Undergraduate Research Experience and Creative Activity grants. 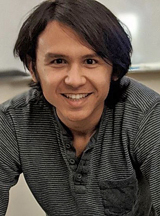 Remedios has been accepted into the Vanderbilt University doctoral program and received an IBM Fellowship. He said he has had “a great deal of support from MTSU and will be taking with me all of the lessons I’ve learned doing research with Dr. Phillips.”

The San Jose, California, native has been president of the student chapter of the Association for Computing Machinery for two years. His interests outside of academics include singing, playing guitar, cooking and playing video games with friends.

Along with Remedios, other virtual Scholars Week expo participants are headed to grad school after graduating. They include Aric Moilanen of Crossville, Tennessee, and Kayley Stallings of Murfreesboro, Tennessee.

Moilanen will be in the University of Michigan physics program after being mentored by professor Hanna Terletska in the Department of Physics and Astronomy. Stallings has been accepted in Clemson University’s biological sciences doctoral program. Her MTSU mentor is School of Agriculture assistant professor Keely O’Brien.

For more on the Office of Research and Sponsored Programs, call 615-898-5010 or visit https://www.mtsu.edu/research/. 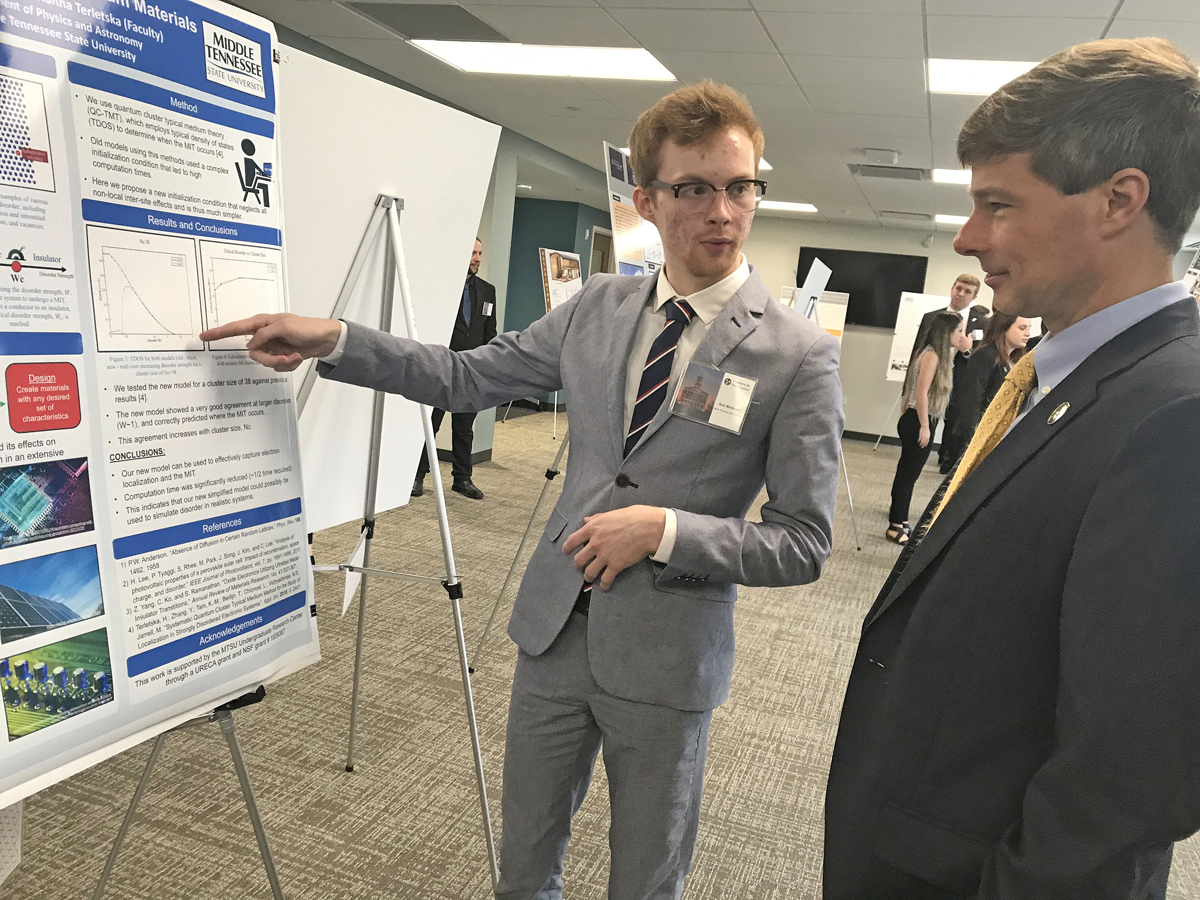 MTSU senior Aric Moilanen, left, a physics major from Crossville, Tenn., explains his quantum materials research to state Rep. Charlie Baum, an MTSU finance professor, in late February during the Posters at the Capitol event in Nashville, Tenn. Moilanen’s research poster will be one of 150-plus at the virtual Scholars Week expo this week. (MTSU file photo by Randy Weiler)