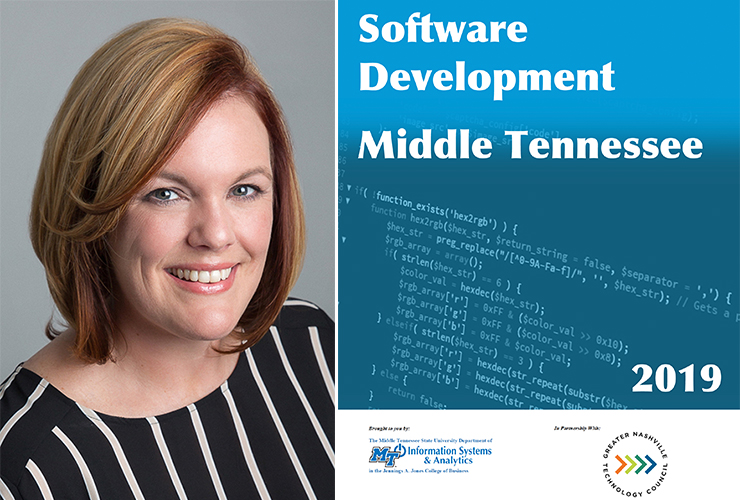 NASHVILLE, Tenn. — App developers are the most in-demand tech workers in Middle Tennessee accounting for 17% of all tech job postings, according to a new MTSU report.

The “Software Development Middle Tennessee” report was developed by the Department of Information Systems and Analytics in MTSU’s Jones College of Business in partnership with the Nashville Technology Council.

Report author Amy Harris, associate professor in information systems and analytics, moderated a panel of experts from area tech companies earlier this week to discuss the report findings and what they mean for the region.

“While there isn’t a one-to-one relationship between a job posting and an actual job, the sheer volume of job postings indicates that software development jobs are being marketed heavily in the region.”

Released Wednesday, the report — which includes breakdowns in areas such as most in-demand occupations, job titles, and skills — covers the Nashville-Davidson-Murfreesboro-Franklin and Clarksville, TN-KY metropolitan statistical areas, or MSAs.

“This report, produced by Dr. Harris and the MTSU Department of Information Systems and Analytics, is key to understanding our creative software development talent and will provide vital insight to our business and economic development leaders to continue to fuel the growth of Middle Tennessee’s tech community.”

This report is part of the Middle Tennessee Tech research program, which has the goal of providing industry, economic development, and academic audiences with data on the current state of the Midstate technology workforce.