College of Media and Entertain.. 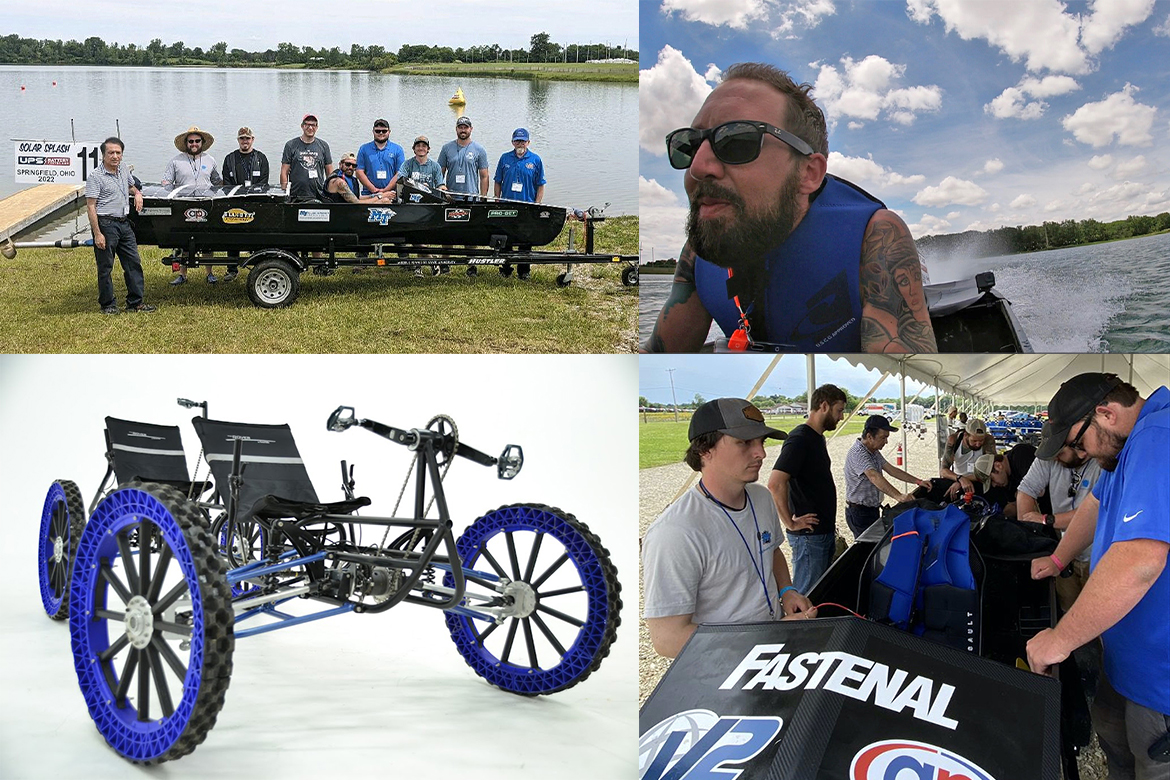 Work — in the form of yearlong hard work and teamwork — paved the way for the nine-member unit. Along with the fourth-place plaque, the Blue Raiders captured first-place honors for Outstanding Workmanship, Outstanding Hull Design and Drive Train Design to go with third-place in the 300-meter sprint event.

“These (workmanship and design) awards are huge,” said Saeed Foroudastan, student mentor, director of the MTSU Experimental Vehicles Program and associate dean in the College of Basic and Applied Sciences.

Team captain Hunter Hudson of Nashville, Tennessee, said “it had been an excellent demonstration of teamwork, what MTSU can accomplish as a school when students from interdisciplinary backgrounds work together to accomplish a common goal, how prestigious our engineering department is and how well we did throughout the competition in all the events.”

Hudson thanked the Student Government Association and multitude of sponsors, and Foroudastan, the faculty advisor “for his guidance and support throughout the entire process.”

Foroudastan offered a thank-you to the Engineering Technology Department and its chair, Ken Currie; and College of Basic and Applied Sciences Dean Greg Van Patten “for unwavering support with the students’ project.”

MTSU students earned the Phoenix Award in the college/university division at this year’s NASA Space & Rocket Center Human Exploration Rover Challenge, held virtually earlier this year because of the pandemic.

The challenge tasked U.S. and international student teams with designing, engineering and testing a human-powered rover on a course simulating terrain found on rocky bodies in the solar system. Teams also performed mission assignments while negotiating the course, including sample retrievals and spectrographic analysis.

The Phoenix Award is given to the teams who raised their scores with the greatest improvement from the design review to the operational readiness review, both held at different times of the year, NASA Marshall Space Flight Center officials said.

These teams historically implement the feedback given by NASA experts and then carry it forward throughout the year, making necessary adjustments and improvements.

Through team meetings and explanations with NASA staff later in the year, students display a deeper knowledge of the engineering process, design modifications and testing.

“We are proud of them (MTSU lunar rover team) for their 2022 accomplishments and even more proud of their continued involvement with NASA’s Human Exploration Rover Challenge,” said Christopher Blair, who works in community relations with NASA’s Marshall Space Flight Center.  “MTSU has a track record of success and we enjoy having them participate each year.”