Tickets on sale for Rodney Atkins’ Songs for Servi...

Are you the one? Donate blood ..

Set for MTSU’s historic Murphy Center Complex in Murfreesboro, the event was announced this week during Operation Song’s Veterans Day performance at the Country Music Hall of Fame and Museum. 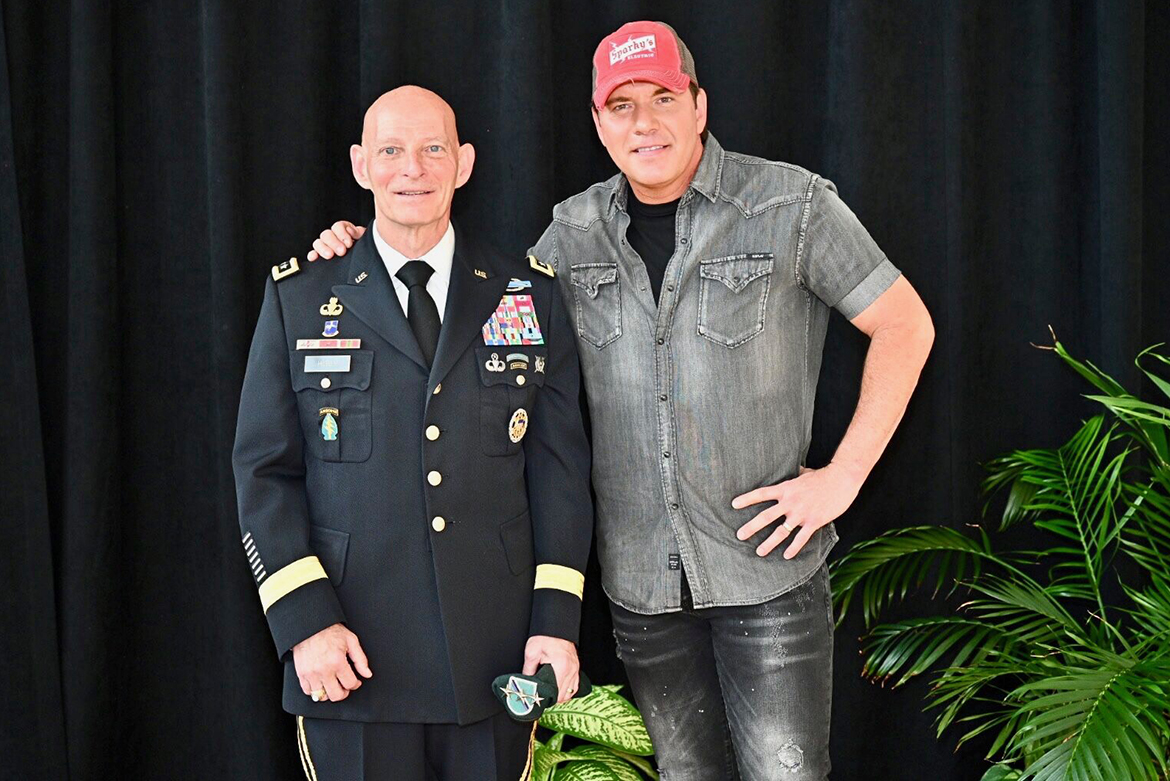 The organizations will share proceeds from next year’s concert.

Atkins announced at MTSU on Sept. 11 that he intends “Songs for Service” to be a multi-artist collaboration to honor active-duty troops, members of the Guard and Reserve, veterans and first responders.

Grammy winner and country music legend Randy Travis is the first artist to announce he will join Atkins for the Murphy Center event.

Atkins said he will announce more artists for Songs for Service “as we get closer to showtime.”

Atkins also announced that 95.5 NASH ICON will be the radio sponsor for Songs for Service and will help promote the event.

Songs for Service sprang from a visit by Atkins to the MTSU campus for the university’s annual ceremony recognizing the sacrifices of troops and first responders during and after the terror attacks of Sept. 11, 2001, in New York, Pennsylvania and the Pentagon.

At the ceremony, Atkins told retired Army Lt. Gen. Keith Huber, MTSU’s senior adviser for veterans and leadership initiatives, that he wanted to support the university’s outreach to student veterans and military-dependent students.

“We are deeply appreciative of Rodney’s patriotism and devotion to those who wear the uniforms in service to our country,” Huber said. “His support of our troops, and those who have served, including and beyond this event has been exemplary.”

Atkins first worked with MTSU when he joined a star-studded 2012 PBS production recreating the old-time fiddle music embedded in the “Little House on the Prairie” books by Laura Ingalls Wilder. PBS recorded “Pa’s Fiddle: The Music of America” live at Nashville’s Loveless Barn for a pledge-drive special that combined student and faculty efforts from MTSU’s Center for Popular Music and Department of Media Arts.

The university teams captured songs like “The Girl I Left Behind Me,” “Rally Round the Flag, Boys” and “Old Dan Tucker” with artists that included Travis, Ronnie Milsap, Ashton Shepherd and The Roys, along with backstage commentary for a documentary DVD.

Since opening in 2015, the Daniels Center, named for Country Music Hall of Famer Charlie Daniels and his wife, Hazel, has worked to assist active-duty military, veterans and family members transition from military to college, then from college to a career. It is the largest and most comprehensive center of its kind in Tennessee higher education.

Atkins, for whom Daniels has served as a mentor, first visited the MTSU center in 2017.

Operation Song is among the programs the Daniels Center supports. MTSU’s College of Media and Entertainment has co-sponsored Operation Song activities, including the most recent sessions held on campus in late October. 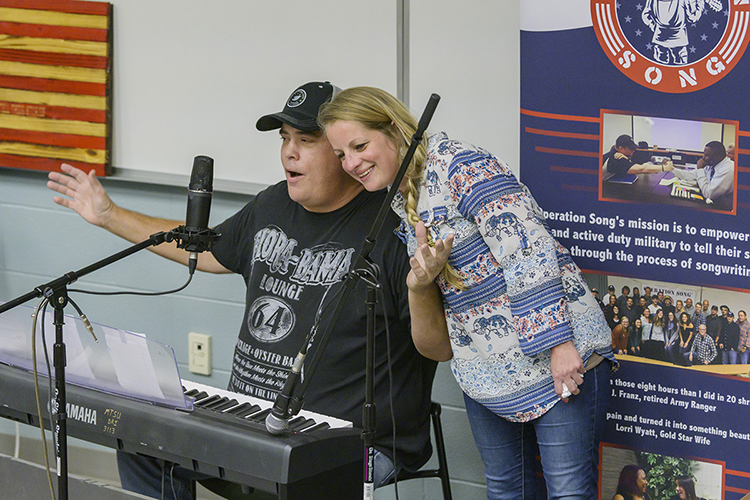 Elizabeth Wilburn of Murfreesboro, a U.S. Army veteran and the office manager for MTSU’s Charlie and Hazel Daniels Veterans and Military Family Center, leans on songwriter Pete Sallis as he cuts up before performing their new song at a special showcase for Operation Song’s fourth annual “Songs and Stripes” event at MTSU Oct. 25. The event teams trios of military veterans, student and professional songwriters to create healing music for the veterans and training for the students. Not pictured is co-writer Shamarra Chalk, a senior commercial songwriting major from Blytheville, Arkansas. (MTSU file photo by Andy Heidt)