Star Parties kick off for spring Feb. 5 with ‘Anot...

Star Parties kick off for spring Feb. 5 with ‘Another Ninth Planet?’ 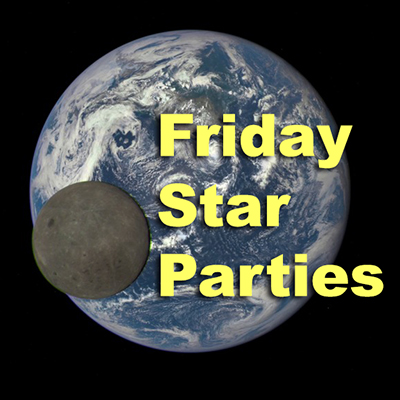 Move over Pluto, and make way for what could be the newest — and ninth — planet.

“Another Ninth Planet?” will be the subject of Dr. Chuck Higgins’ talk as MTSU’s Department of Physics and Astronomy’s First Friday Star Parties resume for the spring semester.

Click on this flier to see a larger, printable version.

A searchable campus parking and building map is available at http://tinyurl.com/MTSUParkingMap.

The public and campus community are invited to the free 45-minute lectures, which are followed by telescope observations at the MTSU Observatory, weather permitting.

First Friday Star Parties are a way for the department to bring MTSU and its surrounding communities together to view and discuss the stars, planets and more.

“The evidence is based on numerical simulations to try to explain observed data that show an unexpected clustering of distant objects in the Kuiper belt,” Higgins said.

“In more simple terms, astronomers have noticed that some small bodies well beyond Neptune have some strange orbits,” he added. “One possible explanation causing these strange orbits is gravitational influence from a large planet — at least 10 Earth masses — that is 700 astronomical units from the sun.”

Earth is 1 astronomical unit, or approximately 93 million miles, from the sun.)

During the Feb. 5 star party, Higgins will explain the disturbed orbits and highlight the evidence for this possible “ninth” planet.

The other scheduled First Friday Star Party dates, topics and presenters for spring 2016 include: