Nineteen MTSU seniors awaiting graduation were commissioned as U.S. Army second lieutenants Friday, May 3, during a formal ceremony in the Veterans Memorial outside the Tom H. Jackson Building.

U.S. Army Brig. Gen. Jimmie L. Cole Jr., land component commander for the Tennessee Army National Guard, spoke to the new commissionees, welcoming them into the next chapter of their military careers. 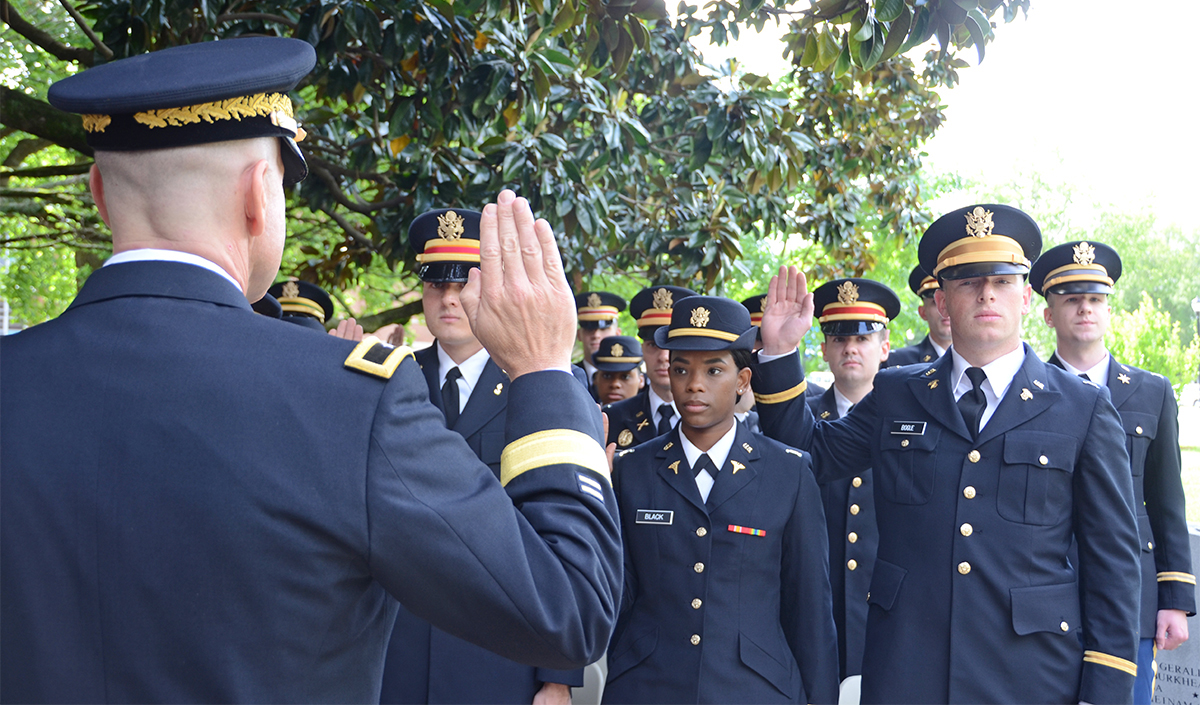 The ceremony is a tradition for the ROTC program, where the student cadets prepare for service to their country. 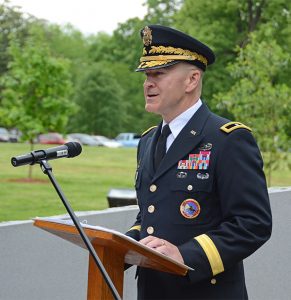 Those commissioned as second lieutenants include: 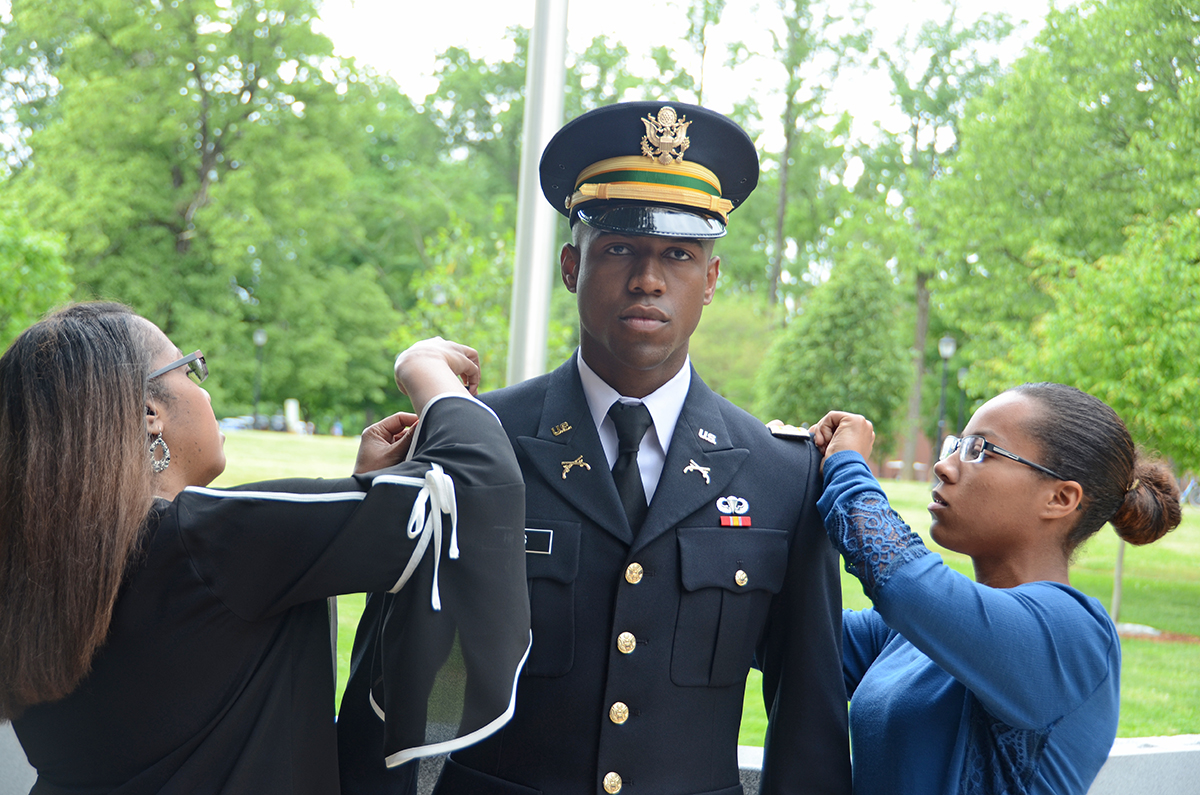 MTSU senior Antonio Hiles Jr., center, of Shelbyville, Tenn., is pinned by his mother, Sylvia Hiles, left, and sister Keauna Hiles Friday, May 3, during the spring 2019 commissioning ceremony at the Veterans Memorial outside the Tom H. Jackson Building. The criminal justice major will start his career in the Army National Guard’s military police branch. (MTSU photo by Randy Weiler)

Cole’ said his message to the new second lieutenants would be to follow “basic leadership and to master the basics and to focus on their time as a platoon leader.”

“They need to make sure they incorporate and empower their noncommissioned officers that’ll be their counterparts, make sure they take care of their soldiers, take prudent risks and be accountable,” Cole added. “I want to thank them for their selfless service and their sacrifices they are making for our state and nation.”

Lt. Col. Carrick McCarthy oversaw the ceremony as the leader of the Department of Military Science and introduced Cole.

“This is a phenomenal group that’s highly talented,” said McCarthy, who joined MTSU last August at the beginning of the academic year.

“This is the first group I’ve seen all the way through. It’s equal parts National Guard, Army Reserve and active duty. Each component of the Army is going to receive quality individuals.”

McCarthy said Gurch is the first active-duty commissionee from MTSU, to his knowledge, who will join the Army’s Cyber Command, “countering cyber threats from some of our adversaries.”

McCarthy added that the program is still thrilled about Cetinel’s recent receipt of the Women’s Army Corps’ Veterans Association Pallas Athene Award, presented each year to the top two female cadets in the U.S. 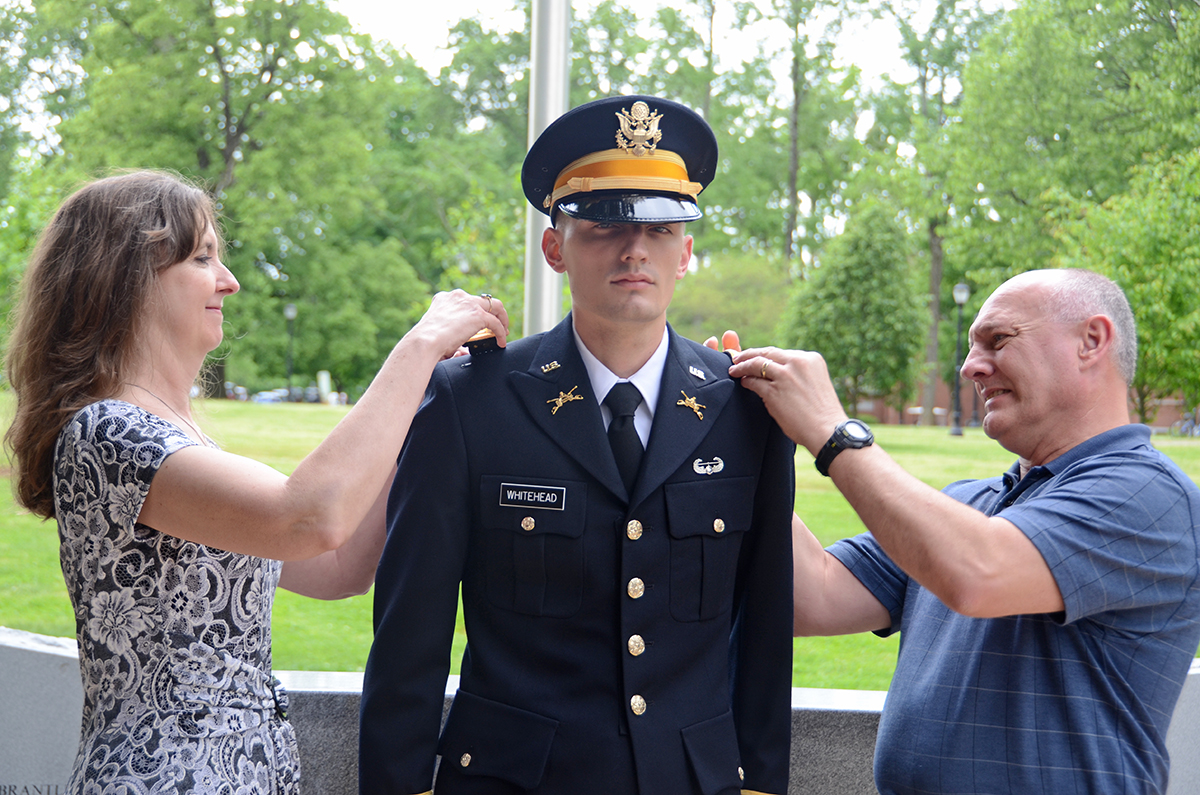 New U.S. Army 2nd Lt. Seth Whitehead, center, of Tullahoma, Tenn., is pinned by his mother and father, Crystal and Michael Whitehead, Friday, May 3, during the MTSU Blue Raider Battalion spring 2019 commissioning ceremony at the Veterans Memorial site. The journalism major will begin his basic officer leader course later in May at Fort Benning, Ga. (MTSU photo by Randy Weiler) 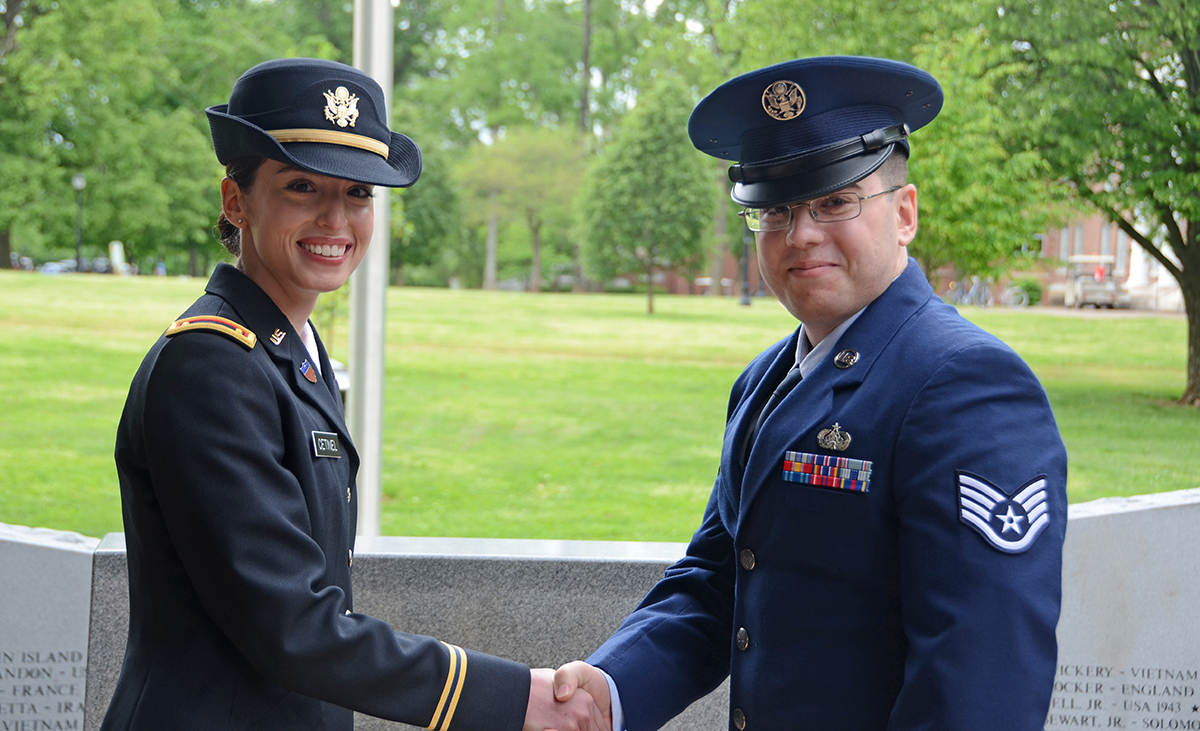