‘MTSU On the Record’ reminds l.. 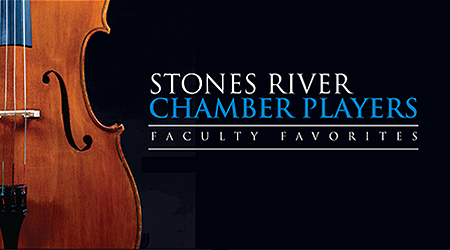 The Stones River Chamber Players will bring “Faculty Favorites” back to their second free public concert of the 2012-13 season at 7:30 p.m. Monday, Feb. 25, in Hinton Music Hall inside MTSU’s Wright Music Building.

The university’s ensemble-in-residence, all of whom teach in MTSU’s School of Music, will continue the season’s theme with performances of:

Isley-Farmer will perform as the soprano for the Ravel piece, which translates as “Songs of Madagascar” and actually is three songs in one.

“The carnal, passionate and sophisticated eroticism of the two outer love songs contrasts with the natives’ bitterness and hatred for the hypocritical white colonists expressed in the middle song,” Isley-Farmer explained.

Dawson’s favorite by Turina “describes the cycle of time, with each movement depicting a different period of the day — dawn, midday and dusk — with pleasant atmosphere and Spanish-sounding melodies,” she said.

Kim will return on cello to accompany Dawson on violin and Lillian Buss Pearson on piano.

Nielson’s work was composed in 1914 for members of the Danish Royal Orchestra. It will be performed by SRCP members Pearson on bass, Todd Waldecker on clarinet, Angela Deboer on horn, Gil Perel on bassoon and Kim on cello.

Of the final piece, Miles noted that in addition to being one of the first pieces written for this particular combination of instruments, the suite “is an example of Wilder’s compositional style and includes elements of jazz.”

Miles will be joined by Deboer on horn and Sandra Arndt on piano.

The Stones River Chamber Players will conclude their 2012-13 “Faculty Favorites” season with a free public concert at 7:30 p.m. Monday, April 8. For more information on MTSU School of Music concerts, call 615-898-2493 or visit www.mtsumusic.com and click on the “Concert Calendar” link.