MTSU discovered a new STAR on its academic planet to go with an already focused Scholars Academy program — and both Office of Student Success programs are acclimating 400-plus freshmen to college life before the fall semester begins Monday, Aug. 26. 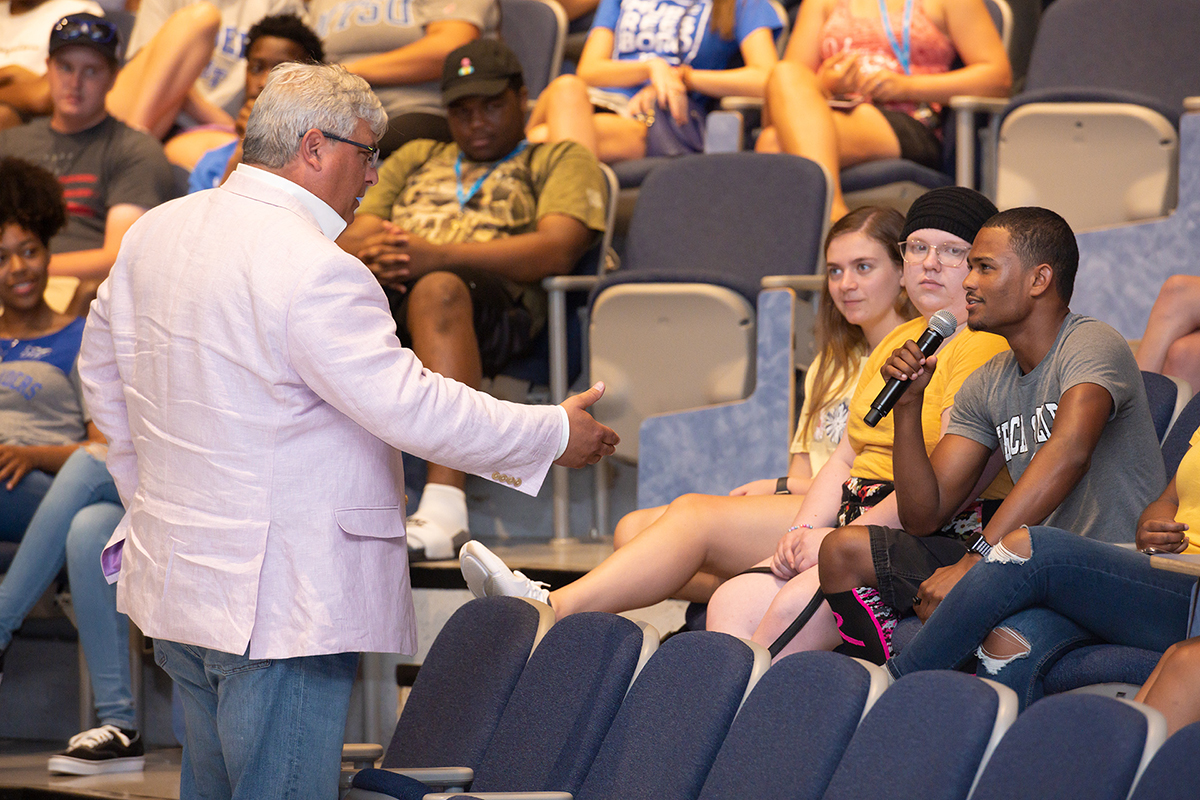 STAR is the new program on the block. The five-day course was created to serve incoming freshmen interested in having a smooth transition to college. Benefits for 200-plus participants include:

The two-week Scholars Academy assists another 200-plus freshmen in three academic areas — biology, mathematics and a version of University 1010, a course that helps students develop tools to achieve success. They also receive a head start on adjusting to their new academic and social environment.

“I want to find meaning and purpose,” said Knox, a May graduate of Freedom Prep Academy. “I want to make a change and figure out what my part is. I want gainful employment. I want to make connections and make things happen.”

“When I encounter adversity,” she added, “I push forward and don’t let it stop me. My mom (Tracy Knox) is a single parent and my role model.” 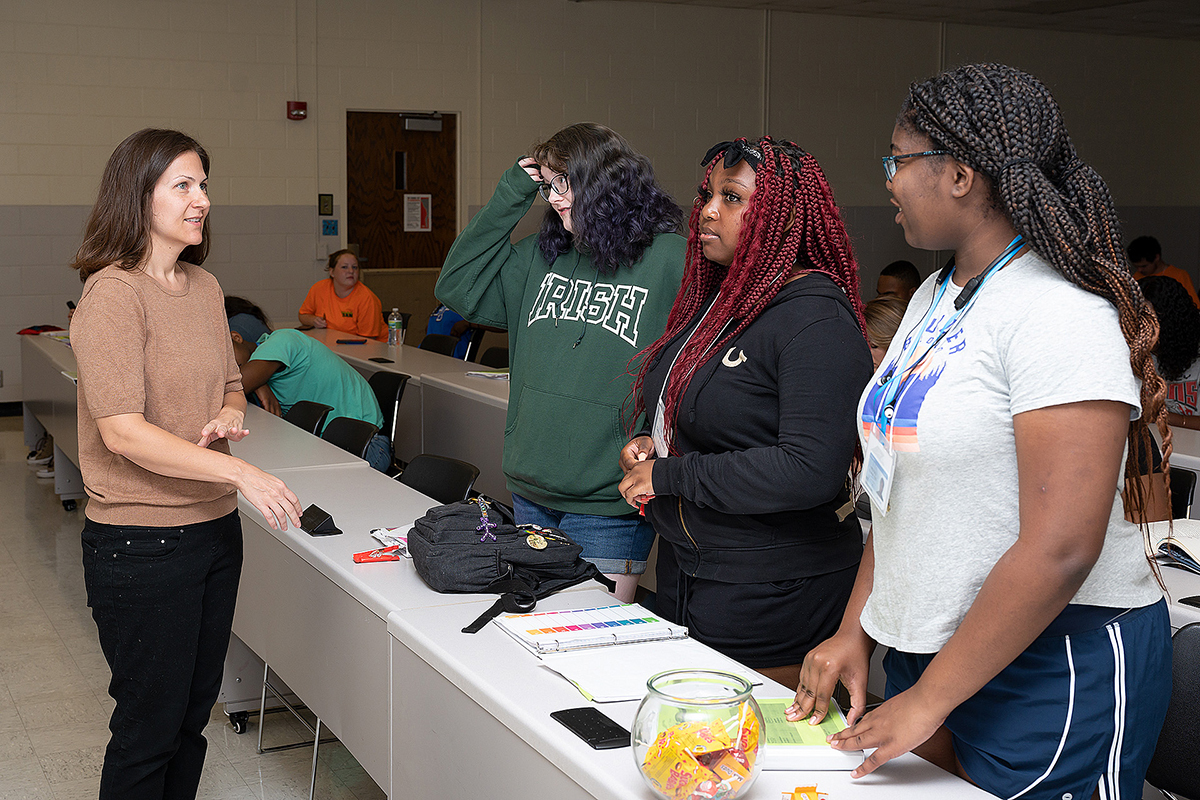 Alex Martinez, 18, a freshman criminal justice major from Morrison, Tennessee, in Warren County, said Scholars Academy “shows us the experience of what college will be like: how to manage our time and getting into a routine.”

Scholars Academy already has led Martinez, a Warren County High May graduate, to bond with five friends. “I’ll have a good support system. Without this, I wouldn’t have made friends as quickly,” she added.

Jubenville’s words led Ethan Wilson, 19, an Independence High graduate and College of Media and Entertainment film major from Spring Hill, Tennessee, to approach the College of Behavioral and Health Sciences professor and director of the college’s Center for Student Coaching and Success about a film project.

Korstange is director of the University 1010 program that helps new students transition to the university during the first semester and have a greater opportunity to graduate. He led several “reflection sections.”

“Largely, I think that the students all are experiencing the difficulty of transition to college,” Korstange said.

“Some are struggling with homesickness or isolation; others are struggling to follow the academic concepts they are learning; still others are in what I might describe as a honeymoon period where nothing seems difficult at all.

“The beauty of these programs is that students have the opportunity for low-stakes transition,” he added. “They can experiment with college when there is little risk. Further, there is tons of support. There is something really transformative about having students come to school early, and to decide to invest in their preparation for college — the results are that they learn quite a bit.”

The Scholars Academy is directed by Brelinda Johnson. For more information, call the Office of Student Success at 615-494-8650. 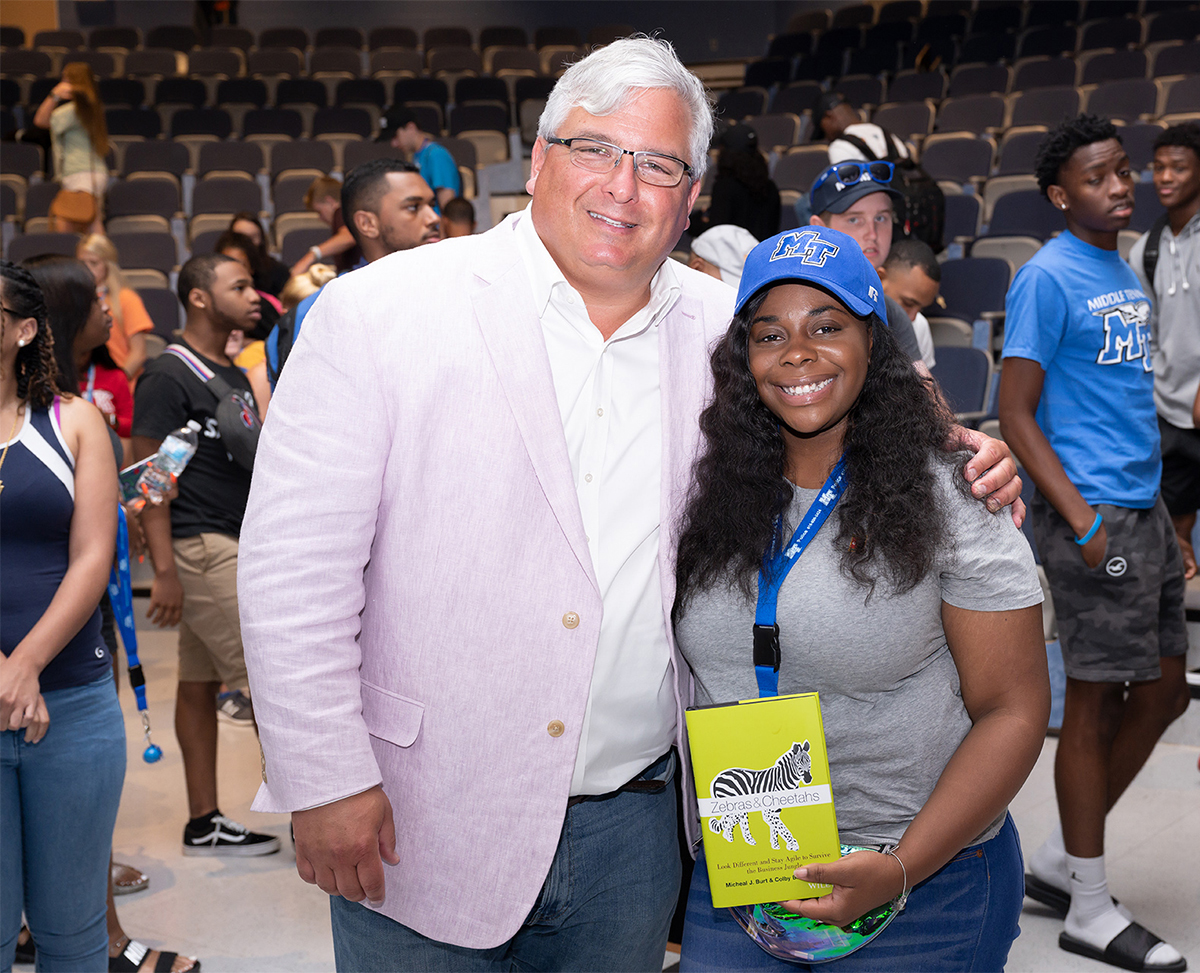 MTSU professor Colby Jubenville, left, director of the Center for Student Coaching and Success Director congratulates freshman Faith Knox of Memphis, Tenn., Monday, Aug. 19, after presenting her with a copy of his book during a STAR — Student Transition and Academic Readiness Program — session. (MTSU photo by James Cessna) 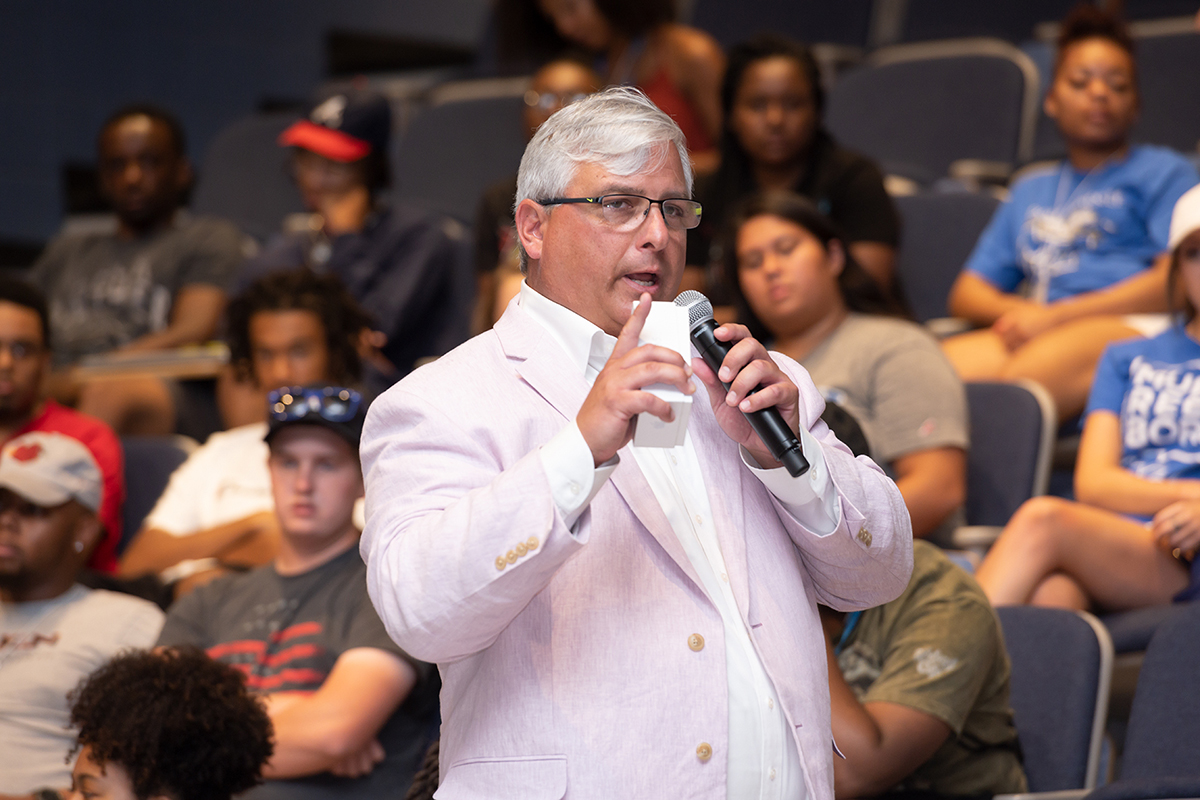 A group of Scholars Academy freshmen and leaders lend a helping hand in bringing donations to the MTSU Student Food Pantry. (Submitted photo)