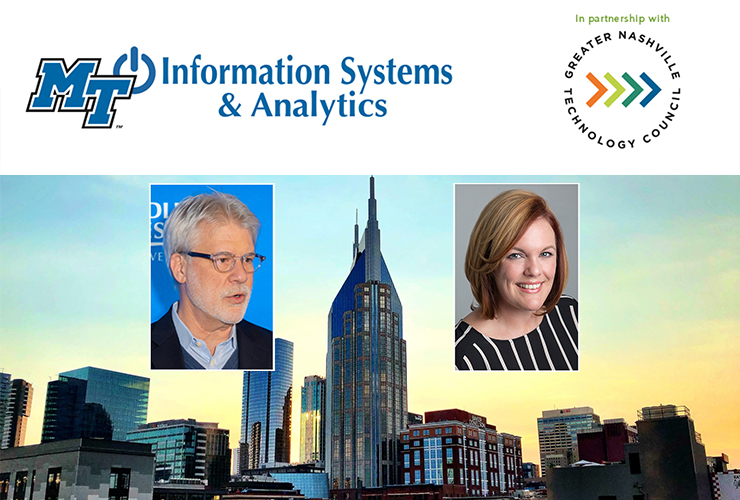 NASHVILLE, Tenn. — As the Greater Nashville Technology Council prepares to roll out a national marketing campaign to attract more highly valued technology workers to the region, the tech sector is on a roll in the land of hot licks and hot chicken.

According to the tech council’s 2020 State of Middle Tennessee Tech Report released recently and prepared in partnership with Middle Tennessee State University, the number of tech jobs in the Midstate grew by 36% during the 2014 to 2019 five-year period.

This was far ahead of the 23% national tech job growth rate during the same period, as well as the 28% statewide growth in tech jobs and the overall growth rate of 16% for all jobs in Middle Tennessee, according to an GNTC release.

“This is a good time to be in the technology sector in Middle Tennessee,” said tech council CEO Brian Moyer in the release. “Thanks to very strong growth in this sector in recent years, much of the infrastructure is now in place that will fuel our future success. This, combined with the high quality of life and low cost of living enjoyed by our region, plus the high level of energy and creativity here, is attracting more and more technology workers from traditional high-tech centers on the coasts. We’re ready to make the most of the steady flow of new tech jobs that this report foresees.” 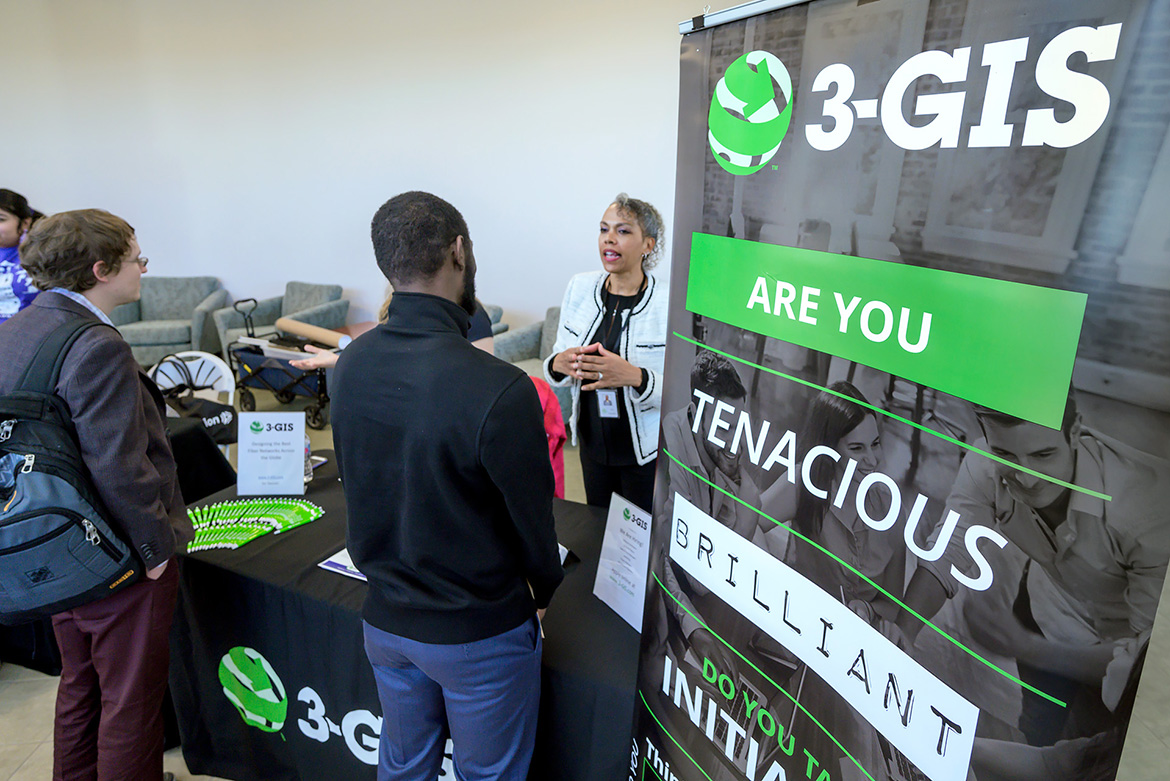 In this August 2019 file photo, MTSU students talk to a recruiter from the telecommunciations company 3-GIS at the IT Connect Career Fair in the Miller Education Center Atrium on Bell Street. (MTSU file photo by Andy Heidt)

Nashville’s relatively low cost of living — as compared to the cities it is competing with for tech talent, such as San Francisco, New York City, Boston, Washington, D.C., and Chicago — may also account for the relatively low compensation for tech work here versus the other cities. Median compensation for tech jobs in Middle Tennessee was $69,557 in 2019, according to the report, which was 16% below the national median for tech jobs.

“However, two factors mitigate this issue in favor of a tech job here versus somewhere else,” Moyer said. “First, the average technology job here pays considerably more — 79% more — than the average job in Middle Tennessee. Second, though salaries are less here than in San Francisco and New York, your spending power is much greater here. We’ve analyzed the difference between the average tech salary and the cost of living here and elsewhere, and it’s obvious that your dollar goes much further in Middle Tennessee, where the average house is about $350,000 versus more than a million dollars in San Francisco. When tech professionals get to the point in their life when they are ready to raise a family, they want to be in a place like Nashville.”

The inclusiveness of Nashville’s tech industry is also a big drawing card, according to the author of the tech council report, Amy Harris, Ph.D., an associate professor of information systems and analytics in the Jennings A. Jones College of Business at MTSU.

“The underrepresentation of women and minorities in the tech workforce has long been an issue at our country’s two major tech hubs of San Francisco and New York, and it is only getting worse,” Harris said.

“From 2013 to 2018, New York went from being the fifth-best city for women in tech to No. 27, and San Francisco never made it to the top 10, according to SmartAsset data. Women account for only about 25% of New York’s tech workforce and the tech workforce in San Francisco is only about 8% Black or Hispanic. Nashville’s tech workforce is one-third women and 23% non-white. If you’re looking for a place that defies tech stereotypes, come to Middle Tennessee.”

A complete copy of the Greater Nashville Technology Council 2020 Annual Report is available online at https://www.middletntechjobs.com/state-of-middle-tennessee-tech-2020/.

The Greater Nashville Technology Council is the leading voice and advocate for Middle Tennessee’s $8 billion information technology ecosystem and the 50,000 technology professionals who design, implement, manage and safeguard the technology that powers our region’s economy. The council’s mission is to strengthen and advance the technology sector by bringing together companies, philanthropies, government, universities and talent to create opportunity and growth. For more information, visit www.technologycouncil.com. 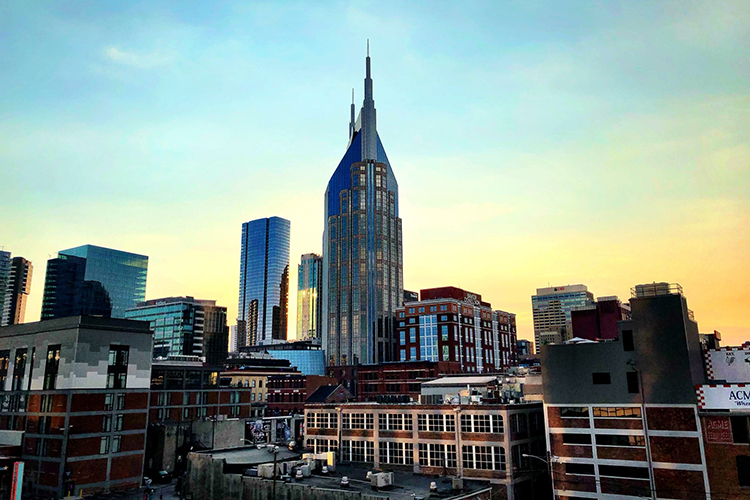