Girls are rocking the house at.. 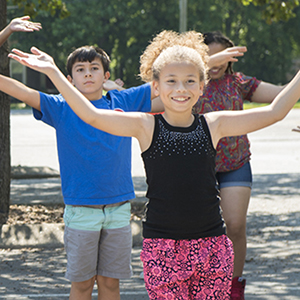 Take STEM — science, technology, engineering and mathematics — and add the arts. It turns STEM into STEAM.

More than 30 Murfreesboro and Rutherford Country youngsters in grades K-7 are experiencing STEAM Week at MTSU.

Sponsored by the Tennessee STEM Education Center, STEAM Week is an art- and dance-focused camp combined with science, technology, engineering and mathematics training, along with the added discipline of visual arts. Students are being exposed to different art forms including mural design, ceramics, clay and oil paints.

“I learned a lot about art and learned about coding. We played with robots in the technology lab.”

Frierson has attended Camp STEM at MTSU, but this was her first time to be a part of STEAM Week.

The group will visit the MTSU Engineering Technology laboratories and learn about solar boats, lunar rovers and more.

Part of July 19’s activities were filmed by Nashville’s WNPT for airing at a later date.

To learn about future Camp STEM and STEAM Weeks at MTSU, visit www.campstem.us, email David Lockett at David.Lockett@mtsu.edu or info@campSTEM.us or call 615-569-5904.

Children play with a remote-controlled robotic toy during STEAM Week at MTSU July 21 in the Fairview Building on campus.