Phase 1 of our campus reopening began June 16. Many employees are working remotely; some services are modified or limited. Read our plan or view updates.
MTSU

The general public and MTSU community are invited to the upcoming 13th Stole Ceremony for graduating student veterans.

The event, which is coordinated by the Charlie and Hazel Daniels Veterans and Military Family Center, will be held starting at 10 a.m. Wednesday, April 24, in the second-floor atrium of the Miller Education Center, 503 Bell St., in Murfreesboro. 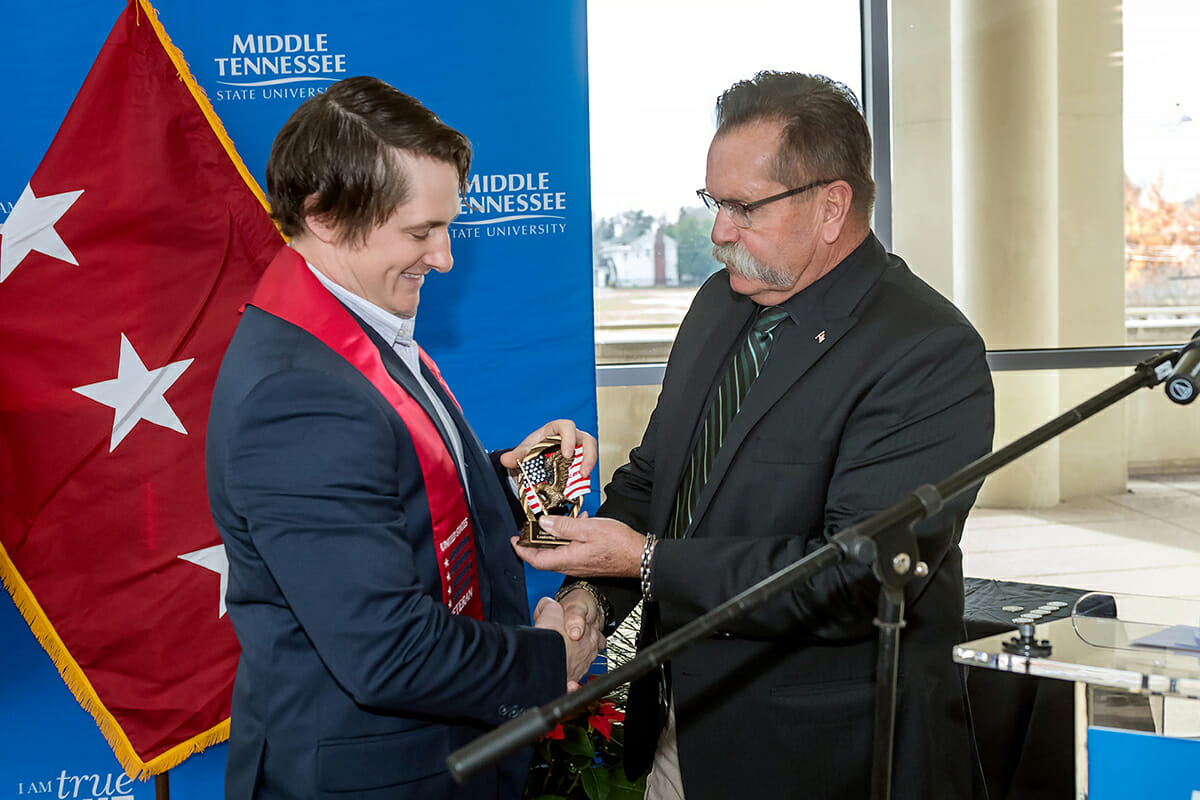 To view a campus map, which includes a special inset for the Miller Education Center near North Highland Avenue, visit http://tinyurl.com/MTParkingMap.

Student veterans will receive a special red stole to be worn during the 9 a.m. and 2 p.m. Saturday, May 4, commencement ceremonies in Murphy Center.

A center official said 115 student veterans are scheduled to graduate in May.

Special Veterans Leadership and Journey awards will be presented to individuals during the ceremony.