Nine riders have helped the MTSU Stock Horse Team earn a Division II national championship for the second time since 2016.

The Blue Raider team, which is coached by Andrea Rego, earned the title in early April at the American Stock Horse Association Collegiate and National Show in Sweetwater, Texas. 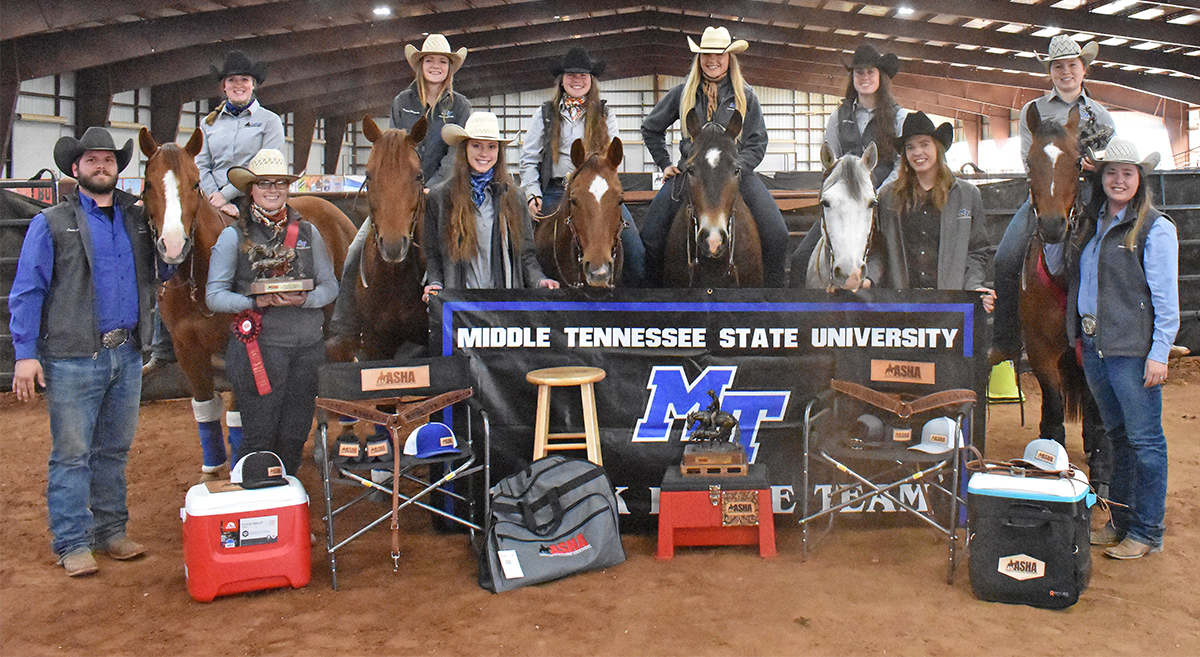 In cow horse, the rider’s horse works with a live cow, performing specific maneuvers that include circling the cow, turning it in a specific manner and performing a reining pattern — requiring skill, coordination and timing — as the rider guides the horse through a precise pattern of circles, spins and stops.

• Kylie Small, a senior from Dallas, Georgia, was Novice Reserve Champion, riding BC Pennys from Tari. 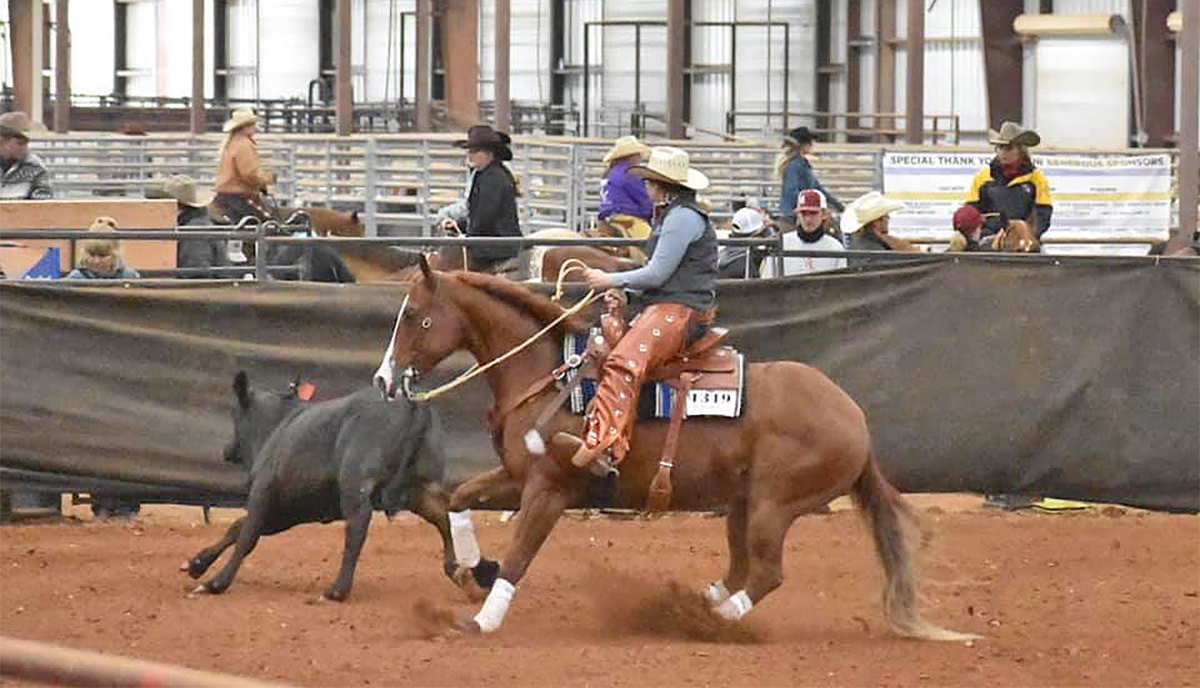 To learn more about the Horse Science Program at the MTSU Horse Science Center on West Thompson Lane, call 615-898-2832 or visit www.mtsu.edu/programs/horse-science.

Horse science is part of the School of Agriculture, one of 11 departments in the College of Basic and Applied Sciences. 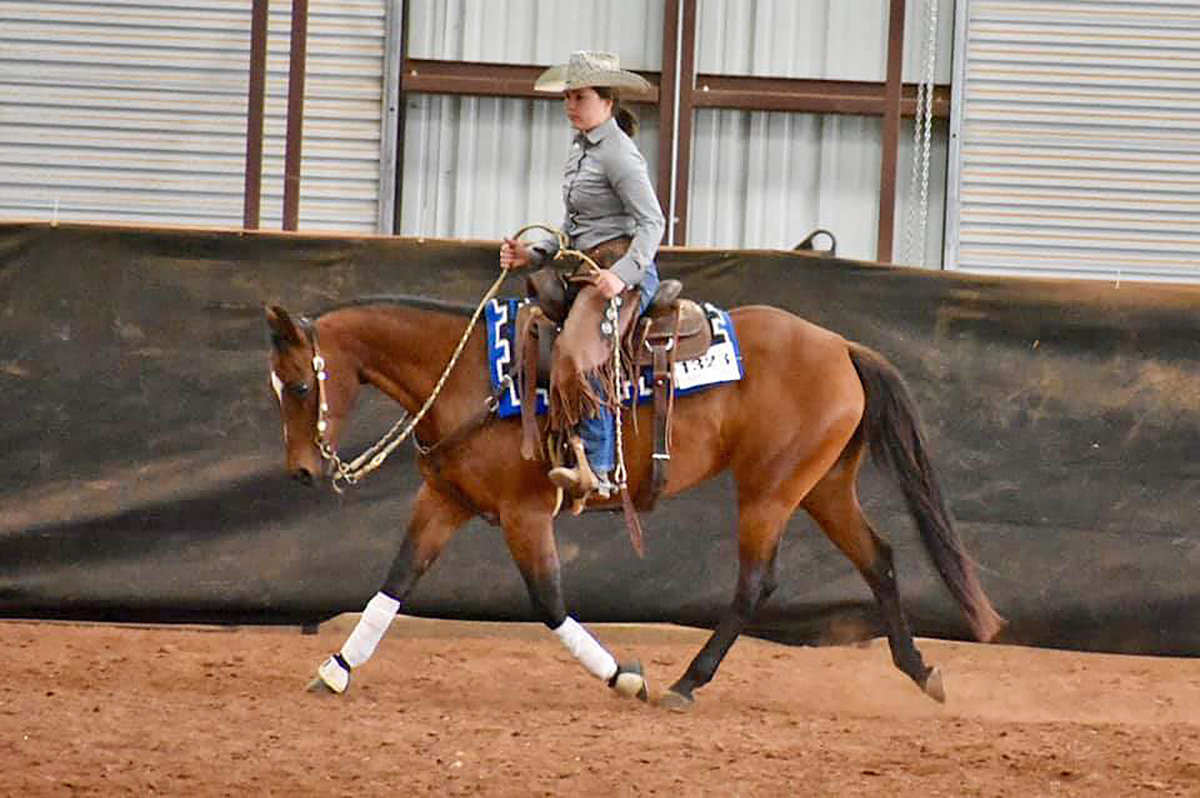 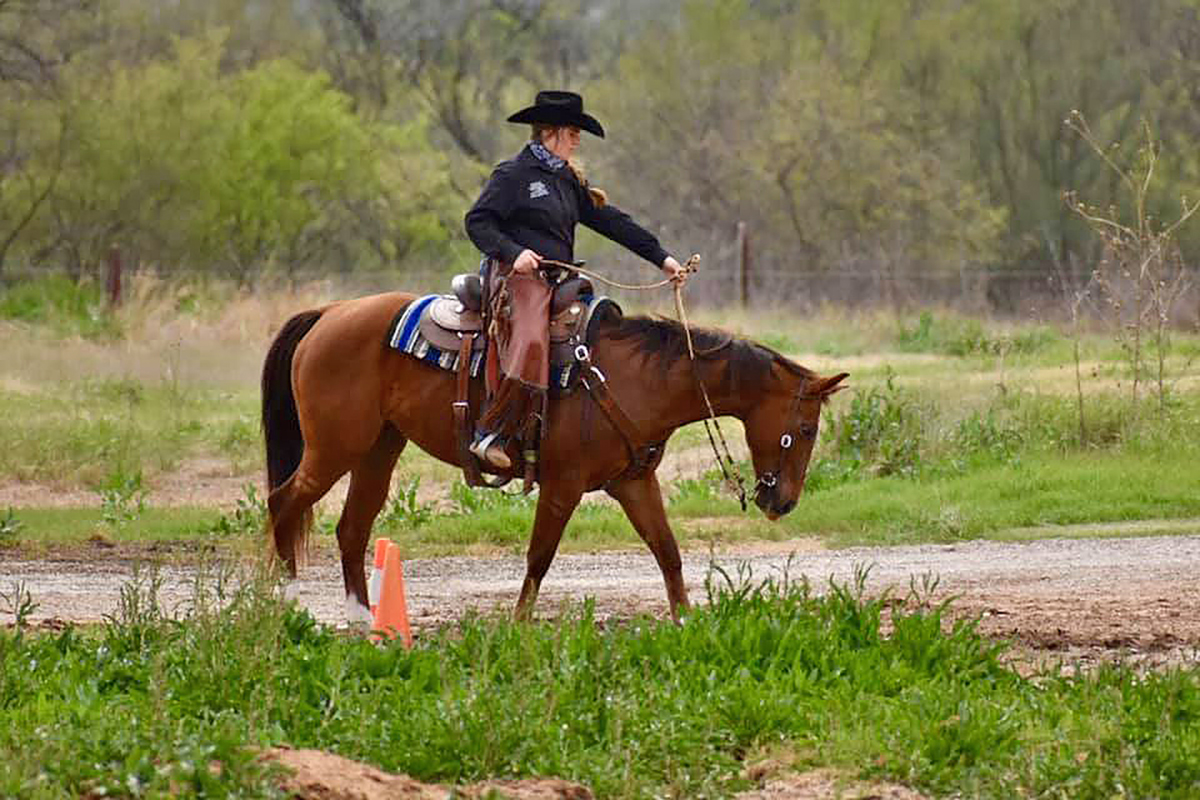