Signs of the times: MTSU ‘flip.. 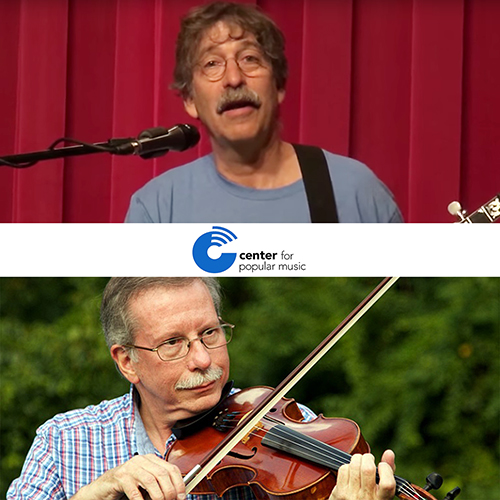 MTSU will ring with the rhythms of traditional string music Monday, March 27, when old-time American music masters and scholars Ken Perlman and Bobby Taylor bring their talents to a free public concert.

Perlman, who plays the banjo, and Taylor, who plays the fiddle, will share music and stories about America’s Appalachian music traditions at the 8 p.m. event in MTSU’s State Farm Lecture Hall, Room S-102, in the Business and Aerospace Building.

MTSU’s Center for Popular Music is presenting the event. A campus map with parking notes is available at http://tinyurl.com/MTSUParkingMap.

Perlman is a pioneer of the five-string banjo style known as “melodic clawhammer” and a master of fingerstyle guitar. He is considered one of the top clawhammer players in the world, known in particular for his adaptations of Celtic tunes to the style, and his guitar specialties include finger-picked renditions of traditional fiddle tunes.

Along with his music teaching, banjo-camp instruction, performances and recordings, Perlman is an active folklorist and author who collected tunes and oral histories for “The Fiddle Music of Prince Edward Island,” a two-CD anthology called “The Prince Edward Island Style of Fiddling,” and an ethnography, “Couldn’t Have a Wedding Without the Fiddler: the Story of Traditional Fiddling on Prince Edward Island.”

Taylor is a fourth-generation West Virginia fiddler who learned from some of that region’s legendary masters. He’s won many awards for his fiddle playing and received his home state’s highest folk life honor, the Vandalia Award, from the West Virginia Division of Culture and History.

He coordinates contests at renowned events including the Appalachian String Band Music Festival and also serves as contest judge for multiple state and national championships, teaches fiddle workshops and presents historical showcases on fiddle styles with his band, “Kanawha Tradition.”

You can get a preview of the pair’s performance below.