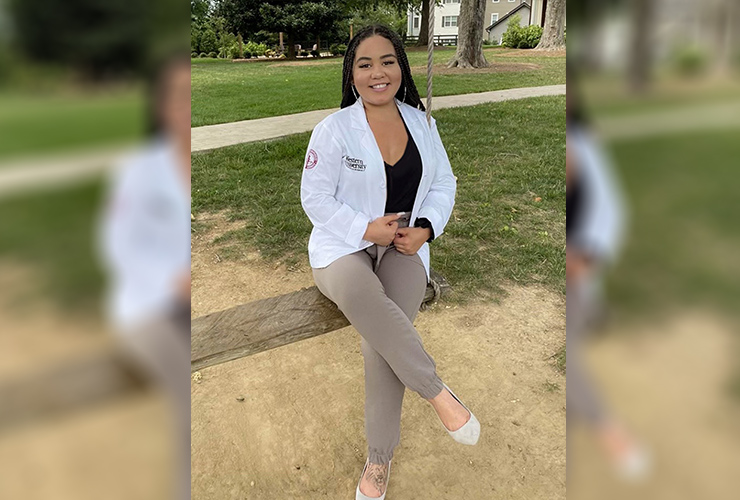 When Sierra Cruz attended a medical conference in Louisville, Kentucky, years ago, she never expected it to change her life.

“I had never seen an all-Black panel of medical professionals,” Cruz said. 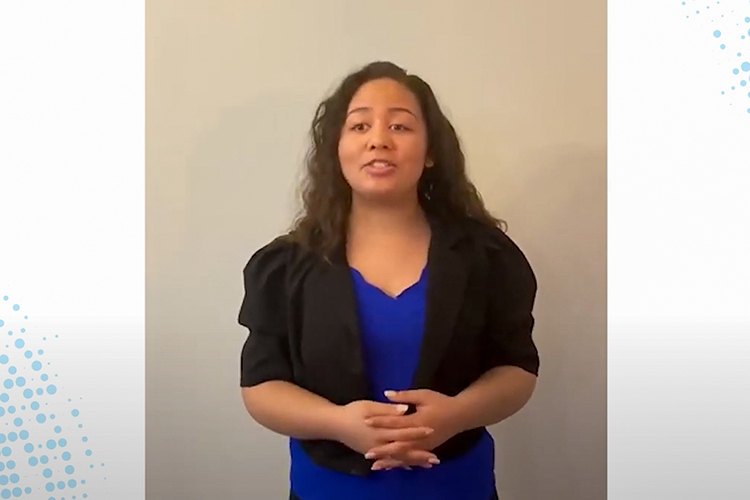 Sierra Cruz, a Middle Tennessee State University pre-med student, is shown in the video she submitted to complete a three-step application process for Blue Cross Blue Shield of Tennessee’s Power of We scholarship. Cruz learned in August 2021 that she was one of six recipients from across Tennessee to earn the scholarship. (Screen capture from BlueCross BlueShield video)

Cruz grew up in Wisconsin and was one of only four minority students in a class of 2,000.

“Hearing from Black women (in Louisville) who were already physicians was the biggest motivator in the world to me,” she said. “They were ‘real’ with us. They told us their stories, and they said, ‘This is where I came from, but this is not where you have to go. You can change the whole narrative.’”

Every year Blue Cross Blue Shield of Tennessee awards its Power of We scholarship to outstanding minority students who are pursuing degrees in health care.

Cruz, along with five others from across the state, received a $10,000 scholarship plus a new MacBook. Blue Cross captured the surprise announcement to winners on video, available here. 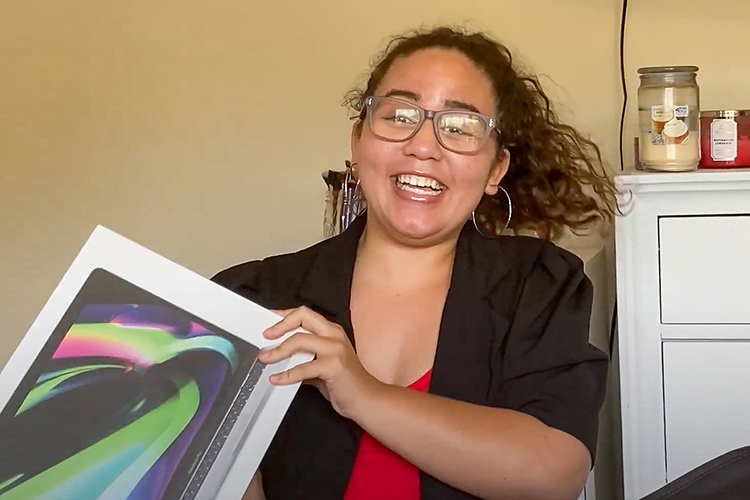 Sierra Cruz, a Middle Tennessee State University pre-med student, laughs upon learning via an August 2021 vidoeconference that she’s one of six recipients of the Blue Cross Blue Shield of Tennessee Power of We scholarship. She and the others received $10,000 and a new MacBook laptop. (Screen capture from BlueCross BlueShield video)

An MTSU junior majoring in physiology, Cruz was initially inspired to pursue a health care career by her mother, who is a nurse with a two-year associate degree.

“Because she did not attend university and does not hold a bachelor’s degree, I am a first-generation student,” Cruz said.

After hearing the stories of Black women at the Louisville medical conference, Cruz was inspired to push her dreams even further: to pursue medical school and become an osteopath, a physician who practices in all areas of medicine and emphasizes a whole-person approach to care.

“(It) is better for the patient’s overall well-being, instead of pushing the ‘pharma agenda’ that many minorities and low-income families shy away from,” Cruz said. 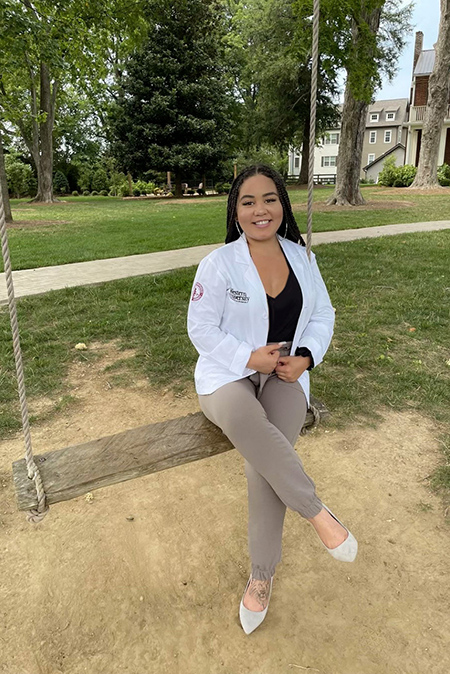 Sierra Cruz, a Middle Tennessee State University pre-med student, is one of six recipients of the Blue Cross Blue Shield of Tennessee Power of We scholarship, which recognizes outstanding minority students who are pursuing degrees in health care. (Photo courtesy of BlueCross BlueShield Tennessee)

Cruz learned about the scholarship from her MTSU pre-med adviser, completed the application and advanced through the three-step process to become a recipient.

Before landing the scholarship, Cruz relied on student loans to cover her tuition.

“This will be the first year I do not have to take out loans, so a huge thank-you to all of those who are part of the … Power of We scholarship,” Cruz said.

“This scholarship will remove the stress of finances, so that I may channel my entire focus on my classes, leadership positions, organizational meetings, volunteering, clinical work experience and getting into medical school.”

In addition, Cruz will begin working this year at the StoneCrest Medical Center in Smyrna, Tennessee, and volunteering at Ascension St. Thomas Rutherford in Murfreesboro, Tennessee, in the neonatal intensive care unit and emergency departments.

Along with financial benefits, she said the scholarship has given her more confidence in herself and her interview skills.

“I gained … the realization of how I can be a part of amazing things if I just have faith and put the work in,” Cruz said. “It gave me even greater motivation and passion to continue pursuing my dreams for my family and me.”

To learn more about MTSU health care programs, such as nursing and pre-med, visit the programs of study webpage here.